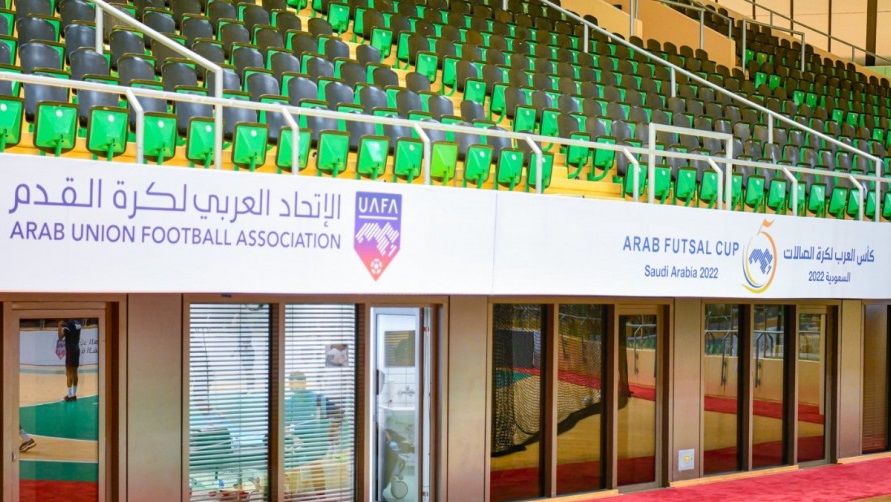 Saudi Football Association will host the sixth edition of the Arab Futsal Cup 2022 to be held in Dammam from June 20-28 with the participation of 10 teams from Morocco, the “title holder”, Egypt, Kuwait, Algeria, Iraq, Palestine, Mauritania, Somalia, and Libya, in addition to Saudi Arabia, the host country.
The Chairman of the Board of Directors of Saudi Football Association, Yasser bin Hassan AlMis-hal, welcomed the delegations of the participating teams, wishing them a pleasant stay in their second country and presenting a strong championship that contributes to developing the levels of Arab teams in the game.