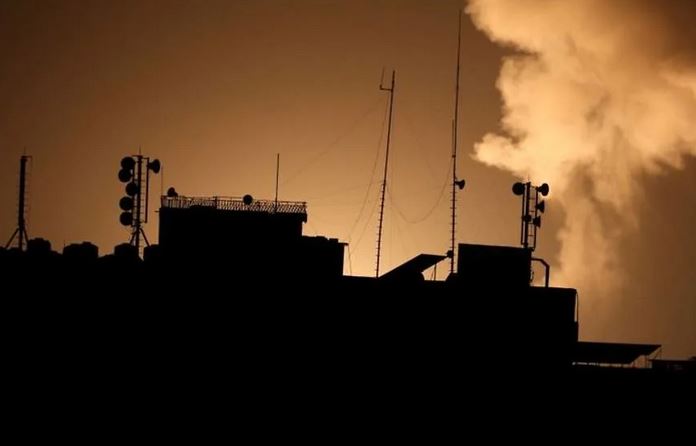 There were no casualties reported on either side of the border. Israeli police said the Gaza rocket fired on Saturday night damaged a factory in the southern city of Ashkelon.

The Israeli military said its aircraft struck in response at several military sites belonging to Hamas, the Islamist armed group that controls Gaza.

Reuters witnesses said the pre-dawn strikes hit targets in Gaza City and the southern Gaza cities of Rafah and Khan Younis, where flames and plumes of smoke could be seen rising from some sites.

There was no immediate claim of responsibility from any of Gaza's military groups for firing the rocket. Israel and Hamas last fought a war in 2014 and have exchanged fire several times since though the border has been largely quiet in recent months.

"The Hamas terror organization is responsible for all events transpiring in the Gaza Strip and emanating from it, and will bear the consequences for terror activity against Israeli civilians," the military said in a statement.

There was no immediate comment from Hamas officials in Gaza.