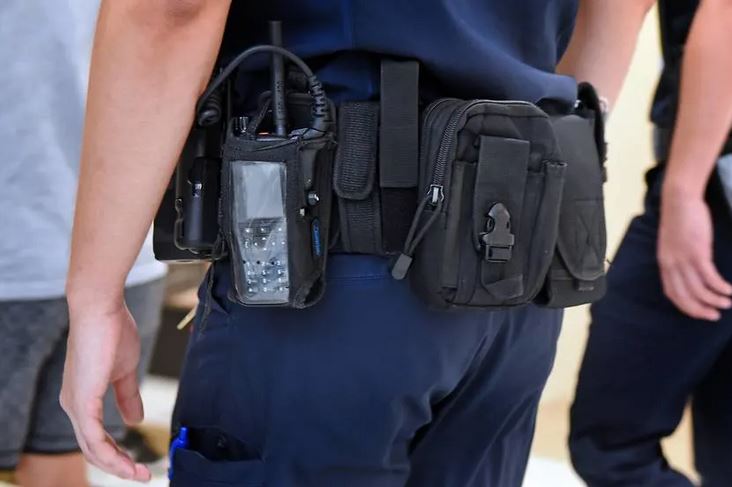 Police officer fined for molesting female colleague while on duty

A police officer was fined S$9,000 on Wednesday (Apr 8) for molesting his female colleague three times while on duty.

The 29-year-old staff sergeant and the police post he was from cannot be named due to a gag order protecting the identity of the victim.

The offender was on duty with the victim at the neighbourhood police centre's counter sometime in 2016, the court heard.

When the woman passed the offender an item, he touched her right hand, placing his hand over it and sliding his hand down to take the item from her.

"There was more than sufficient space for the accused to take the item without touching her hand," said Deputy Public Prosecutor Gregory Gan.

"The victim felt her modesty was outraged but did not confront the accused."

On a second occasion that year, the pair were deployed to perform fast-response car duty in a housing estate.

The offender drove the police patrol car and the victim sat beside him. While chatting with her, he suddenly placed his hand on her thigh.

The woman reacted by moving her leg away from the staff sergeant, and placed a clipboard on top of her leg to cover it.

On May 1, 2017, the offender and the victim performed anti-crime rounds around a housing estate with two other police officers.

The pair were slightly behind the other police officers while on plainclothes foot patrol.

As the victim walked past the staff sergeant, she felt a push on her left buttock and she saw that the offender had used his right hand to shove her on her buttock.

She was shocked and did not know how to react, but quickly walked ahead and caught up with the other officers once she recovered.

A year later, the victim attended a lecture by a Deputy Superintendent of Police and approached the speaker when it ended.

She told him that a male colleague had molested her. When asked why she had not lodged an official police report, the victim said she was "in a state of confusion and was apprehensive of the consequences of making a police report".

The offender, who had initially claimed trial, pleaded guilty to three charges of molesting his colleague.

The prosecutor asked for a fine of at least S$9,000, saying that this was a case of workplace sexual harassment, with a degree of persistence.

Defence lawyer T M Sinnadurai said that this was his client's first brush with the law, adding that the charges all involved "fleeting touches".

For each charge of outraging his colleague's modesty, the man could have been jailed for up to two years, fined, caned, or given any combination of these penalties.

The Singapore Police Force said in response to CNA's queries that the offender has been suspended since Dec 26, 2018.

The force has also begun disciplinary proceedings against him after his conviction on Wednesday (Apr 8).

"SPF has measures put in place for officers to report such matters, such as to supervisors or management," said the police on the molestation.

"SPF takes a zero tolerance approach to officers who break the law, and will not hesitate to take action against them in accordance with the law."