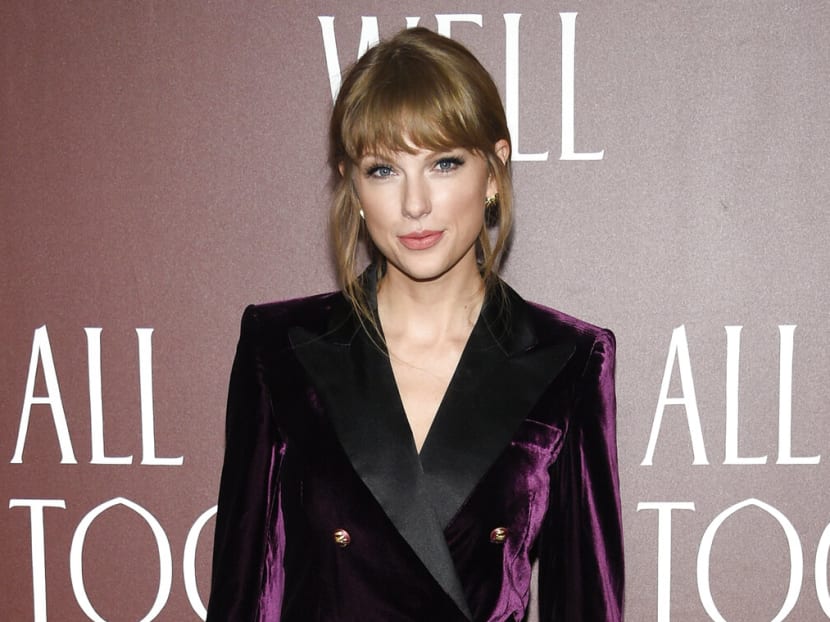 Fans outside New York’s Beacon Theater were cheering for Taylor Swift before she arrived, belting her songs before she stepped onstage.

That energy remained throughout her stop at the 21st Tribeca Festival on Saturday (Jun 11), where Swift discussed transitioning into the director’s chair, the nuances of visual storytelling and the possibility of future film projects with Mike Mills, writer and director of C’mon, C’mon and 20th Century Women, before surprising fans with special guests and an acoustic performance.

It wasn’t Swift’s first time on a film festival stage – her Netflix documentary Miss Americana premiered at Sundance in 2020 – but it was her first time as a director. And as Swift and Mills compared and dissected their processes, it was clear that was an honour she didn’t take lightly.

“I always thought that it was something that other people did,” Swift said of directing. Being on sets and making music videos, “the lists of things I was absorbing became so long that eventually, I thought, I really want to do this”.

Her 13-minute film, All Too Well: The Short Film, was a product of that learning process. Released in November alongside her latest re-recorded album, Red (Taylor’s Version), the video put imagery and a fictionalised story to an extended version of All Too Well, a fan-favourite from her 2012 Red album. Since its release, the video has amassed more than 67 million views on YouTube.

With the film, Swift said she hoped to explore girlhood through the lens of someone who’s curious and mature, but who finds themselves out of their depth in a relationship. It’s a feeling she said she can relate to, and one she compared to stepping into the ocean. “It’s so fun, the idea of going so deep that your feet don’t touch the ground, but you can get swept away.”

Actors Sadie Sink and Dylan O’Brien were Swift’s vessels for executing that vision. With a focus on the details of filmmaking, Swift explained why she sought Sink and O'Brien specifically for their roles and the conversations they shared in creating the characters. It was a process, Mills and Swift noted, that both mirrored and diverged from that of songwriting.

Sink and O’Brien surprised the audience halfway through by joining Swift and Mills on stage, narrowing in on the motivations of their characters and how Swift directed them in portraying the fraught relationship at the film’s centre.

“There wasn't a set script or movement that you had to stick to, so there was just so much freedom, and I think that's how we got such real moments," Sink said.

“She possesses these innate qualities in a director," O'Brien said. “Trust, her ability to make a decision, her confidence.”

Swift is among several Tribeca Festival speakers and film subjects from the world of music. The festival opened with Netflix’s Halftime, an intimate documentary following Jennifer Lopez in the year she turned 50 and co-headlined the Super Bowl. Swift’s talk was one of few public appearances she’s made this year, the most recent of which was her commencement address at NYU’s 2022 graduation – a speech that Mills said could double as a letter to a future Swift, film director.

“In your life – your life as a film director – you will inevitably misspeak, trust the wrong people, under-react, over-react, …. and I’m not going to lie, these mistakes are going to cause you to lose things,” he read, verbally annotating Swift’s speech. “What a beautiful thing to say.”

Acknowledging her privilege as a filmmaker with an existing platform and the ability to finance her own projects, Swift said that idea of losing things got back to what catalysed this film in the first place – the process of re-recording her albums, which began because she wasn’t able to own her master recordings. “I think that when I was talking about losing things, it doesn’t mean just losing,” she said.

When asked about future directing projects, Swift didn’t rule out the possibility of directing a feature film, but said she wouldn’t necessarily want the scale of her next film project to be much bigger than this one.

“I would love to," she said. "It would be so fantastic to write and direct something.”

She stuck to her roots when closing the event, grabbing a red guitar for an acoustic performance of the extended All Too Well punctuated by the audience's cheers, cries and screamed-out-loud lyrics.