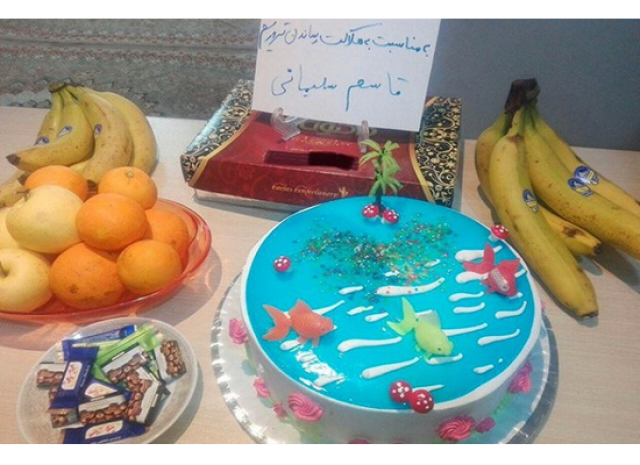 The happiness of the people of Iran and the region for the elimination of Soleimani and the beginning of the new chapter of developments!

Since the 1979 revolution, the Iranian regime has survived based on "internal repression" and "exporting terrorism". However "Exporting terrorism" has been a significant role in prolonging the regime's life  in Tehran. The Revolutionary Guards have been identified as the regime's central apparatus of repression and terrorism. Qassim Suleimani has been the commander of the Revolutionary Guards' Quds Force for 20 years and has been the driving force of all the regime's wars in the region. He has served as both the chief of staff of the army and the head of the regime's intelligence agency and as Iran's foreign minister in the Middle East. 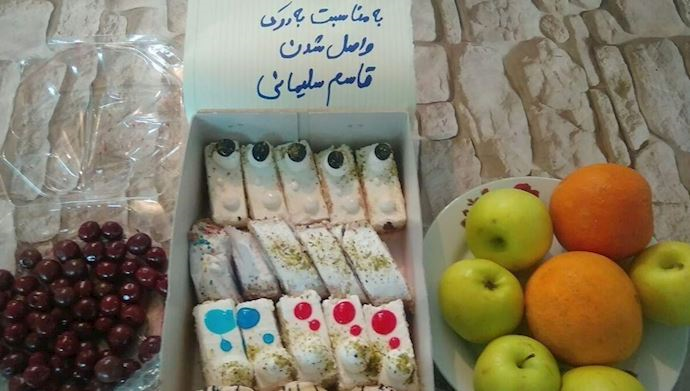 He was the one who set the agenda and guidelines for negotiations or confrontation in the countries of the region for Khamenei. The formation of a Shiite crescent of the Islamic Empire, one of the regime's long-held aspirations, was symbolized by Qassem Suleimani. The Iranian government had portrayed him as a dreamlike figure, and his pictures have been hung on the walls of the streets of Damascus, Baghdad, Karbala and Beirut. With the elimination of such heavily invested figures, Khamenei's 5-year-old plan has been blown away and destined to the drain.

Soleimani's death is undoubtedly an irreparable blow that will lead to a strategic defeat for the regime. A new era for the Middle East is born. Senior Iranian officials and the regime's media have deemed Qassim Suleimani as the heart and soul of the regime.

The news of the death of Qassem Soleimani was met with Joy and happiness of the people of Iran and the region.

According to Gonaz TV, upon the broadcast of the death of Qassim Soleimani and Abu Mahdi Al-Muhandis, thousands of people in Iraq and Syria poured to the streets to celebrate his death. They began marching while carrying and waving Iraqi flags, celebrating the news of the attack.

Iraqi people, who have been tormented by Khamenei's terrorist group, Quods Force, involvement in their country for decades and have fallen victim to the mullahs' interference in Iraq, came to the streets to greet the news of Qassem Suleimani's death.

They were joyfully distributing sweets and pastries and expressed their sympathy for those who were killed in the attacks. The Syrians also took to the streets upon hearing the news and started dancing and celebrating. According to Gonaz TV, the joy and happiness of the people in the Syrian cities continued for a while. 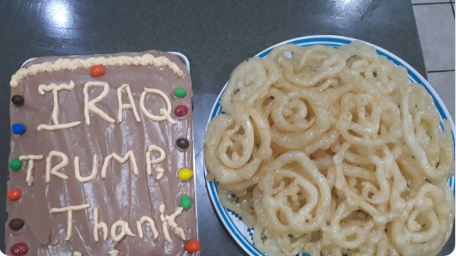 To examine the roots of this historical turning point and to magnify its significance, it should be noted that without the Iraqi people's protest and the Iranian people's uprising in November 98, there would not have been enough capacity to remove Qassem Suleimani. The sacrifices of the martyrs of the November uprising in Iran, as well as Soleimani's crimes in Iraq, provided international legitimacy for the U.S. action.

U.S. President Donald Trump defends the move: "without even mentioning the large number of people he has killed in his lifetime, including hundreds of Iranian protesters who have recently been killed…"

"  It's a fundamentalist thug regime," said another senior U.S. State Department official, "He has recently killed 1500 Iranian people, many Iranians will not shed tears for Soleimani. The Iranian people hate the IRGC and the Quds Force, and I expect you to see more protests in Iran." 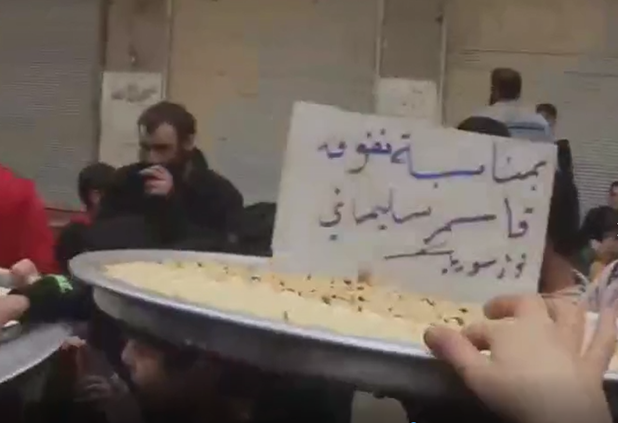 The post-Soleimani era is upon the regime of Iran and Khamenei rushed to announce a replacement for Soleimani. His name is Qa'ani, he is no less than Soleimani in committing similar crimes and destructions. Qa'ani (born 1958) joined the Revolutionary Guards from the early days of the mullahs' government. He was a commander of the IRGC in the war against Iraq and deployed a large number of Iranian youths, teenagers, and students to clear mines in the war fields. During the uprising of thousands of people in Mashhad in 1992, Qa'ani played a decisive role in suppressing the uprising. Also, during the student uprising on July 9, 1999, Qa'ani was one of the five Quods Corps leaders who, in a letter to then-president Mohammad Khatami, called for severe repression of the students. After then Iraq's prime minister, Al-Maliki staged a war against the people of Anbar, Iraq, Qa'ani's delegation went to Iraq on a four-person mission of the Quds Force on May 21. Alongside with Iraqi army commanders and police, affiliated with Al-Maleki, they set up a joint operations room in Province Al-Anbar intended to suppress the uprising in Al-Anbar. Iraj Masjedi, alongside several Quds Force commanders, was stationed in Iraq, and Qasem Suleimani's successor, Qa'ani traveled to Iraq periodically to monitor the situation.

In 2008, Qa'ani was responsible for overseeing the Ansarollah, an Iranian regime militia group's operation in Yemen. He was interviewed by government television on June 19, admitting that the Iranian regime trained the Houthi militias. Qa'ani played an active role in the clerical regime's involvement in Syria and was heavily instrumental in the killing and displacement of millions of Syrians.

Following the death of Hossein Hamadani on October 5, 2009, Qa'ani was appointed as Qassim Soleimani's deputy and the commander of the Revolutionary Guards Corps in the Aleppo war. Qa'ani is on the U.S. blacklist and has organized mercenary terrorist groups in various countries in the region, including Afghanistan, Lebanon, Syria, and Iraq, to conduct money laundry and engage in terrorist activities.