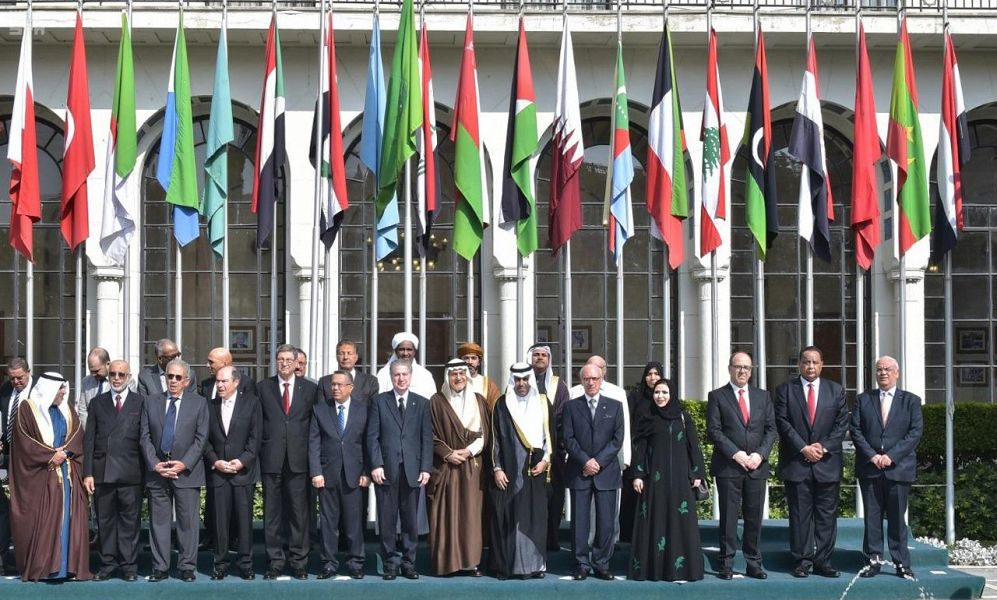 Speaker of Arab Parliament, Dr. Mishaal bin Fahm Al-Salami has highly praised the positions of the Kingdom of Saudi Arabia under the leadership of the Custodian of the Two Holy Mosques King Salman bin Abdulaziz Al Saud who is the President of the current Arab Summit and HRH the Crown Prince.
Dr. Al-Salami said today in a statement on the occasion of the Arab Parliament's Conference on "High-level Arab Leaders for Promoting Solidarity & Facing Challenges", to be held tomorrow at the Arab League, that the Kingdom has demonstrated its keenness and commitment to the security, safety and sovereignty of Arab countries and to raise the level of solidarity and cooperation with Arab countries to the highest levels officially and popularly through a strong and well-established Arab partnership that serves the interests of the Arab nation, preserves its national security and addresses all those who seek to undermine the sovereignty of the nation's countries and slanders the security and stability of them.
Dr. Al-Salami pointed out that the Kingdom has taken many measures and initiatives to enhance Arab solidarity and address major issues and serious challenges facing the Arab world, notably the support of the Palestinian cause through the initiative of the Custodian of the Two Holy Mosques to name the 29th Arab Summit held in Dhahran after " Jerusalem (Al-Quds) Summit" culminating the Kingdom's efforts to support the Palestinian people in obtaining their legitimate rights and the right to establish their independent state with Jerusalem as its capital in addition to the Kingdom's donation of $ 150 million to support the Islamic Endowments in Jerusalem and its financial contribution to supporting The United Nations Relief and Works Agency for Palestine Refugees in the Near East (UNRWA) with $50 million.
The Arab Parliament's Speaker also referred to the initiative of the Kingdom of Saudi Arabia to support the Yemeni people by forming the Arab Coalition to support the legitimacy of Yemen and the restoration of the institutions of Yemeni State, which were seized by the Iranian Al-Houthi group by force and the defeating the Iranian regime's plots in Yemen.
Dr. Al-Salami drew attention to the successful efforts exerted by the Custodian of the Two Holy Mosques to achieve peace and historic reconciliation between the countries of Ethiopia and Eritrea and Djibouti and Eritrea in the context of maintaining peace and security in the Red Sea and the Horn of Africa.
He also cited the Kingdom's "NEOM" project as the largest of its kind that was launched by the Kingdom with the Arab Republic of Egypt and the Hashemite Kingdom of Jordan in support of Arab economic integration in the context of strengthening Arab national security.
The Speaker of the Arab Parliament further said that the Arab Parliament highly appreciates the efforts of the Kingdom of Saudi Arabia under the wise leadership of the Custodian of the Two Holy Mosques and HRH the Crown Prince to serve the issues of the Arab nation and counter the foreign interference in Arab affairs because of its great position in the Arab and Islamic worlds and its pivotal role in maintaining Arab security and its deep awareness of the dangers and threats to the Arab world.