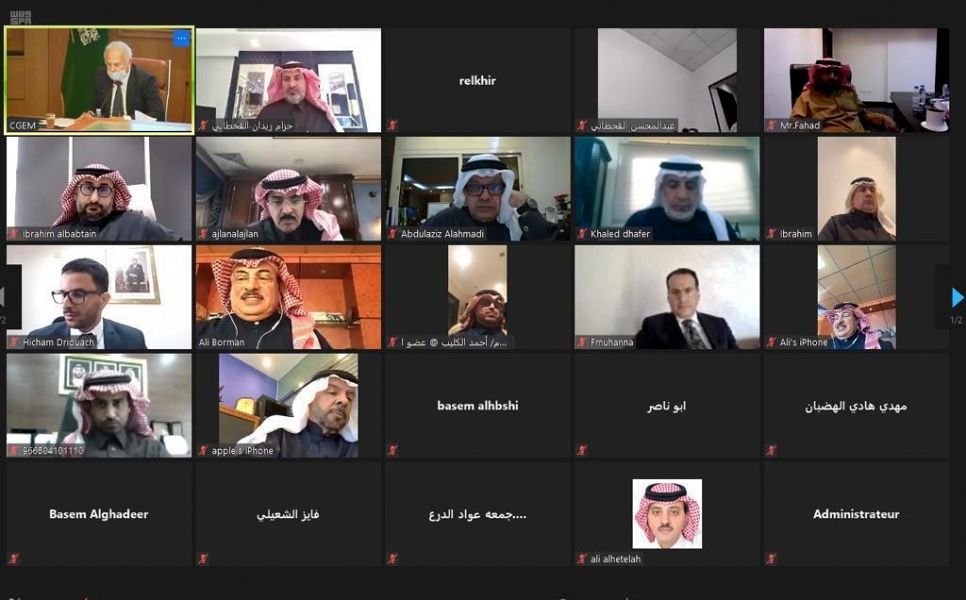 Ajlan Al-Ajlan, President of the Saudi Chambers Council, and Shkaib Al-Alaj, President General of the Moroccan Contractors Council, have co-opened a new round of discussions of the Saudi Moroccan Business Council in the attendance of a number of senior officials and diplomats from the two sides, it was reported today.
During the meeting, which was held virtually yesterday, a number of issues on the agenda concerning the two countries, namely the challenges facing investors on the two sides, were discussed.
For his part, the head of the Moroccan side at the two countries’ chamber told the meeting that the bilateral trade size amounted to 14.5 billion Moroccan Dirham in 2019, noting that nearly 250 Saudi companies have investments in Morocco against only around 20 Moroccan companies investing in the Kingdom of Saudi Arabia.