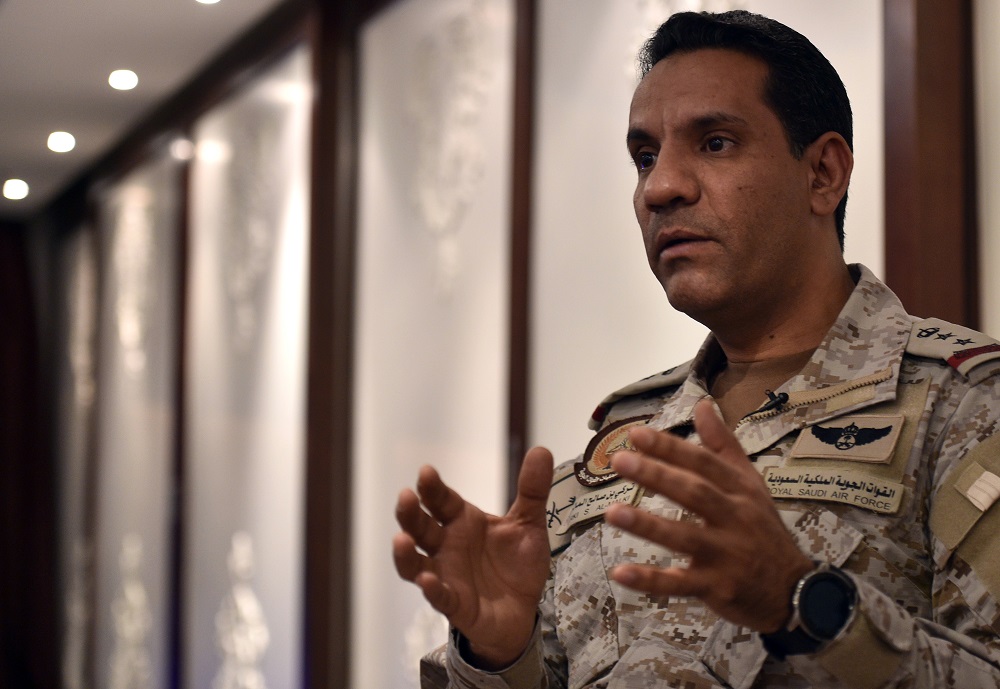 The Official Spokesman of the Coalition to Restore Legitimacy in Yemen, Colonel Turki Al-Malki issued the following statement:
The Coalition to Restore Legitimacy in Yemen’s strike last night in Dhamar was conducted against a Military compound which was a legitimate military target. Air Defense equipment was present and secondary explosions were observed during the strike, confirming the presence of the explosives used to target civilians with UAVs. The Houthi militia first claimed this compound was a Community College, before claiming it was a secret prison.  This is a traditional Houthi tactic and a violation of the laws of armed conflict. This site was not registered with the United Nations, was not on the No Strike List, and is over 10 kilometers from the registered prison in Dhamar. This represents another violation of the Geneva convention and confirms the Houthis are not treating prisoners in accordance with international law. The Joint Forces Command of the Coalition to Restore Legitimacy in Yemen takes every precaution to mitigate civilian casualties, will continue to investigate these claims, and demands to know the locations of other Houthi illegal prisons.