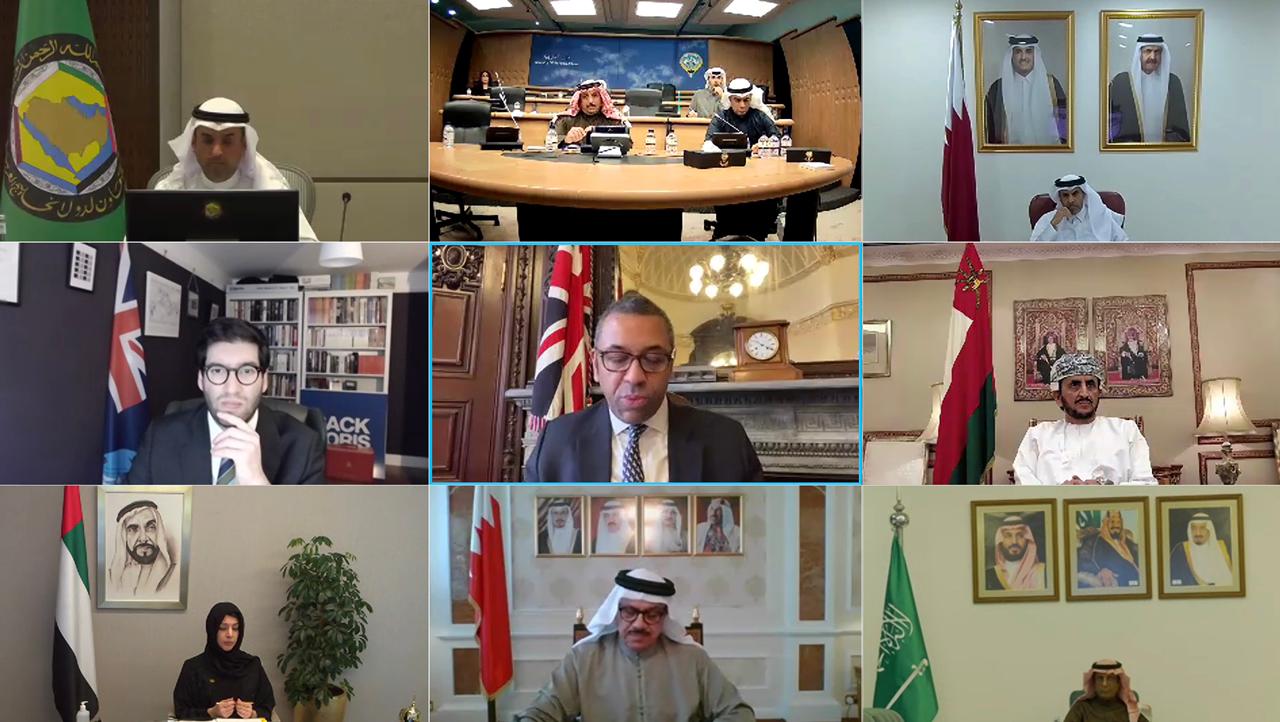 The Gulf Cooperation Council (GCC) and the United Kingdom (UK) reaffirmed the significance of their strategic relations and its profoundness, based on mutual points of view, understanding and cooperation binding the two parties over regional as well as international issues.
This was unfolded during a virtual joint ministerial meeting comprising GCC member states ministers of foreign affairs, co-presided over by the British Minister of State for Middle East and North Africa James Cleverly and the rotatory president of the current GCC ministerial council session Bahraini Foreign Minister Dr. Abdullatif bin Rashid Al-Zayani, in the presence of the GCC Secretary General Dr. Nayef bin Falah Al-Hajraf.
The meeting took place, in the framework of the existing strategic partnership between the GCC and British side.
During the meeting, they discussed British-GCC relations and joint cooperation, in the political, economic and cultural fields, in order to realize mutual interests, in the ways that best serve security and peace, in the region as well as in the world at large, reasserting their keenness on consolidating their strategic partnership kicked off, following the GCC-British summit held in December 2016.
A joint review has taken place in terms of commerce and investment, aiming at enhancing cooperation in the field of commerce and investment and to resume free trade negotiations.
The ministers also discussed latest political and security situations, in the region, and international efforts exerted to combat terrorism, in addition to various regional as well as international issues of common interest, including the situation, in Yemen, Iran and Iraq, emphasizing the significance of continuation of bilateral coordination against challenges to security and peace.
On the other hand, the GCC Secretary General confirmed the strength of the GCC-British relations and their deepness, in light of the historical relations binding the two sides and based on mutual understanding, cooperation and coordination over a number of regional and international issues and opportunities at avail to best serve the mutual interests of the two sides.