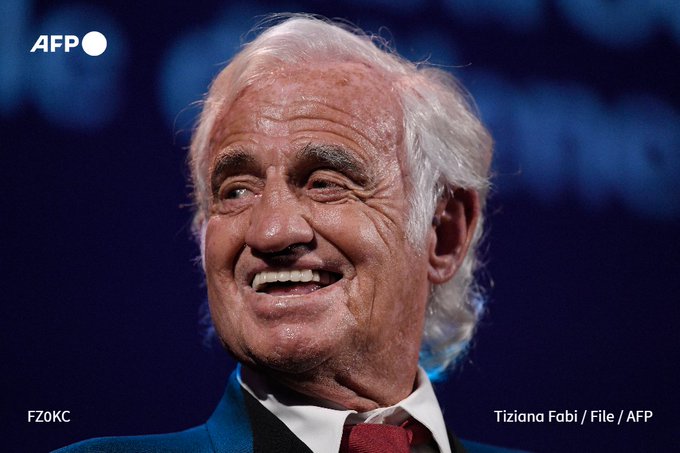 Actor Jean-Paul Belmondo, one of postwar French cinema's biggest stars and whose charismatic smile illuminated the screen for half a century, has died aged 88 in his Paris home, his lawyer told AFP on Monday.

Belmondo, who first came to fame as part of the French New Wave film movement with films like "Breathless" by Jean-Luc Godard, went on to become a household name acting in 80 films across many genres, including comedies and thrillers.

"He had been very tired for some time. He died peacefully," the lawyer, Michel Godest, said.

Belmondo, who was born in April 1933 in the wealthy Paris suburb of Neuilly-sur-Seine, grew up in a family of artists. His father was a well-known sculptor.

He started his career in theatre, before embarking on a film career that was to span half a century, with a total of 130 million cinema tickets to his films sold.

Known in France as "Bebel", Belmondo was also often called "Le Magnifique" (The Magnificent), after a 1970s secret agent satire in which he starred.