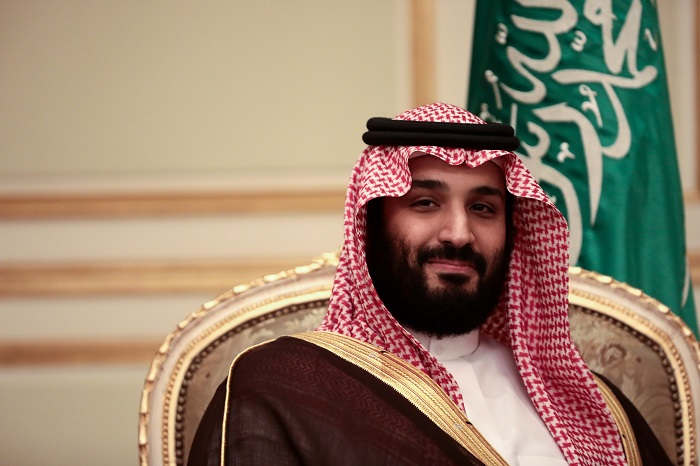 Crown Prince Mohammed bin Salman has called on the international community to step up pressure on Iran economically and politically to avoid a direct military confrontation in the region.
“The sanctions will create more pressure on the regime,” Crown Prince Mohammed bin Salman said in an interview with The Wall Street Journal.
We have to succeed so as to avoid military conflict,” said Prince Mohammed. “If we don’t succeed in what we are trying to do, we may have a war with Iran in 10-15 years."
Crown Prince Mohammed said Iran was illegally supplying Houthi militants with weapons, including ballistic missiles, used against Saudi Arabia in a three-year war.
He said failure to intervene in Yemen would have caused a bigger crisis. “If we had not acted in 2015, we would have had Yemen divided in half between the Houthis and Al -Qaeda,” the Crown Prince said.
The sanctions and “isolate Iran” campaign led by US President Trump and his team in cooperation with regional partners, led by the Kingdom, have cast a shadow over the Iranian economy. Iran's oil exports to Asia – Iran's main oil market – dropped to its lowest level since the beginning of 2018, as India took the initiative to cut oil supplies from Iran.  This was when the global market was awaiting US President Donald Trump's decision to nullify the nuclear deal in May.
Last month, China, Japan and South Korea imported 1.63 million barrels per day from Iran, significantly less than its exports to the same countries in December.
A number of experts in Washington expect a tough package of sanctions that will hit Russia, Iran and Armenia and their common commercial interests. The move will destroy what Washington calls the axis of evil that is seeking to spread its influence.
As the Iranian New Year set in on March 20, the Iranian economy was further deteriorating. The country is poised to enter a new era of economic crisis if Trump decides to tear the nuclear deal.
The media close to the regime have tried to focus on the general economic woes of the country rather than dwell on the country’s external misadventures, which is the real cause of the deteriorating economy.
The daily, Sharq, termed the past year as a "year of protests" and cited a poll that found 69 percent of protesters who took to the streets in December and January were demanding "an improvement in the economic situation." Reformists insist Iran's economic problems are not new and that Iranian President Hassan Rouhani had tried to improve the situation, blaming corruption and mismanagement under former President Mahmoud Ahmadinejad. He also blamed the negative roles played by the military and religious institutions.
The hard-line daily, Kayhan, criticized Rouhani for presenting false and inaccurate statistics to the people. The paper said rhetoric would never improve the economy, noting that greater isolation and sanctions await Iran.