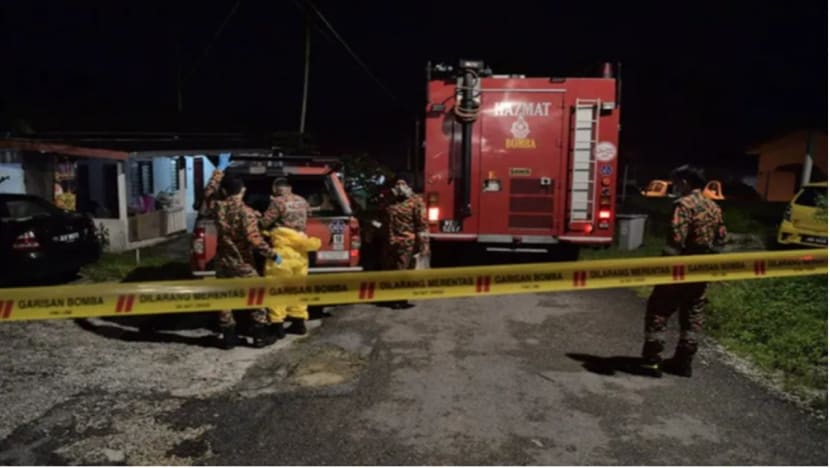 Four individuals believed to have been involved in the illegal dumping of chemical waste that caused the evacuation of residents in Kampung Baru Sri Aman in Seelong, Kulai, on Tuesday (Sep 14) night, have been arrested.

State police chief Ayob Khan Mydin Pitchay confirmed that the arrest happened at 11.30am on Wednesday at a premises not far from the scene.

“Together with the environment department (DOE), we have arrested four people, including the owner of the premises, who were suspected of being involved in the disposal of toxic waste,” he told reporters after inspecting the situation at the village on Wednesday, according to Bernama.

On Tuesday night, 102 residents were evacuated from their homes after they detected a foul stench in the area. Four women aged between 24 and 49 have since been sent to hospitals due to breathing difficulties.

Johor Fire and Rescue Department’s hazardous materials unit chief Saiful Bahri Safar was quoted by local media earlier that they received a distress call at 10.22pm on Tuesday and a team was immediately dispatched to the location.

The team conducted detection, isolation and damping in a river nearby, and discovered spillage of a solid liquid upstream.

Bernama reported that preliminary investigations showed that the spill was believed to be methyl alcohol, a type of scheduled waste, with a concentration of 120 ppm (parts per million).

According to the US Centers for Disease Control and Prevention, methyl alcohol is a colourless liquid with a strong odour. It is a poisonous substance and  overexposure can cause death.

Mr Ayob Khan said he police would provide full assistance to the DOE in follow-up operations.

Harian Metro quoted Mr Ayob Khan as saying that the arrest was made after the environment agency examined the chemical waste believed to be discharged into the drainage and Sungai Tawakal in the village.

Some of the affected residents said they started to smell the strong unpleasant odour on Tuesday afternoon.

“I tried to find the source of the smell around my house but I did not find anything amiss,” said  Mdm Rubaiyah Mat Sam, 70, as quoted by Bernama.

“My daughter-in-law and I also felt dizzy,” she said, adding that they had to take paracetamol tablets.

Another resident, Mr Hafiz Badrul Hisham, 37, said he started to notice the smell around 8.30pm.

“As the smell got stronger, I tried to locate the source but I then experienced shortness of breath,” he told  Bernama.

In March 2019, several students and teachers experienced nausea, dizziness and vomiting after they were believed to have inhaled toxic fumes caused by chemicals dumped into Sungai Kim Kim, Pasir Gudang, Johor.

The pollution resulted in the temporary closure of more than 100 schools in the Pasir Gudang area, affecting several industries and the lives of the community in the area for about two weeks.

In July 2021, Bernama reported that the Johor Department of Environment had investigated complaints from the public who claimed that Sungai Kim Kim was polluted with a bad odour and black river water.

Preliminary investigations found that the pollution was suspected to be caused by the disposal of wastewater from non-industrial premises, causing untreated wastewater to flow into the river.