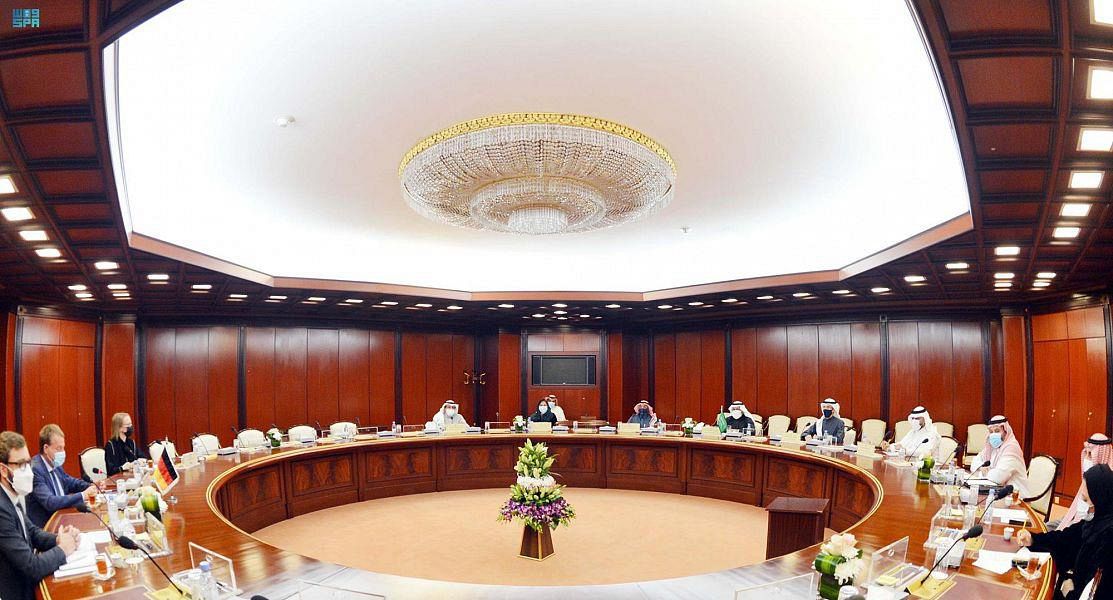 Headed by its Chairman Osama bin Abdulaziz Al-Rabeeah, the Saudi-Japanese Parliamentary Friendship Committee of the Shura Council held a meeting here today with Ambassador of Japan to the Kingdom of Saudi Arabia Iwai Fumio, accompanied by a number of Japanese Embassy officials.
During the meeting, the two sides stressed the importance of enhancing joint bilateral cooperation between the two countries in all fields, affirming the existence of many areas that contribute to strengthening and developing the relations, especially at the parliamentary level between the two chambers.
For his part, the Japanese Ambassador praised the developments witnessed by the Kingdom in various fields, stressing the keenness of his country's government to develop and strengthen bilateral relations between the two countries and activate mutual visits between the two countries.
On the other hand, the Saudi-German Parliamentary Friendship Committee of the Shura Council, headed by its Chairman Hazza bin Bakr Al-Qahtani, held a meeting here today with Ambassador of the Federal Republic of Germany to the Kingdom of Saudi Arabia Dieter Lamle.
During the meeting, the participants discussed a number of issues of common interest between the two countries in various fields. They also stressed the importance of the two countries working to consolidate the bilateral relations in various fields.