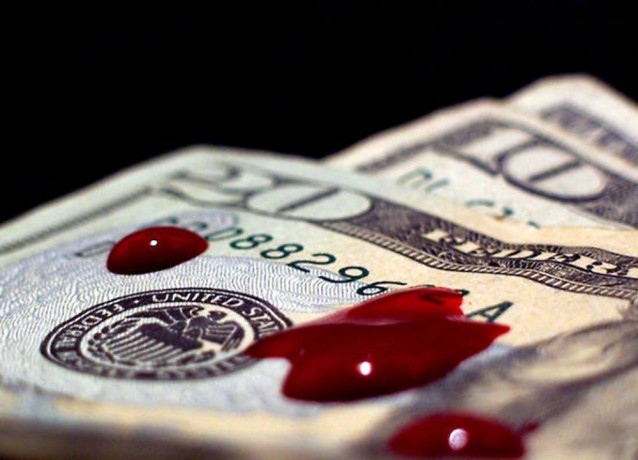 As the economy is falling apart, a lucrative business is on the rise in Iran: selling bodily organs. It might be the most unique trade in the world.

In recent years, rising living costs and poverty have greatly contributed to the booming business. It has become a systemic problem throughout the country.

Kidneys are most in demand, but a business that started more than a decade ago is no longer limited to kidney but includes liver, bone-marrow and cornea. The liver is the second most frequently traded organ. Blood plasma is the latest addition to the list.

Buyers are those in dire need of an organ transplant.

Sellers are those in dire financial need for whom the organ market is the last resort. Sellers are both male and female. Most of those willing to sell their kidney are young people between ages 22 and 34. But there are older people who want to sell their body parts too.

Most of the buyers prefer to purchase younger organs. Since organs offered by young people are not in short supply, buyers usually have no problem in finding what they want. 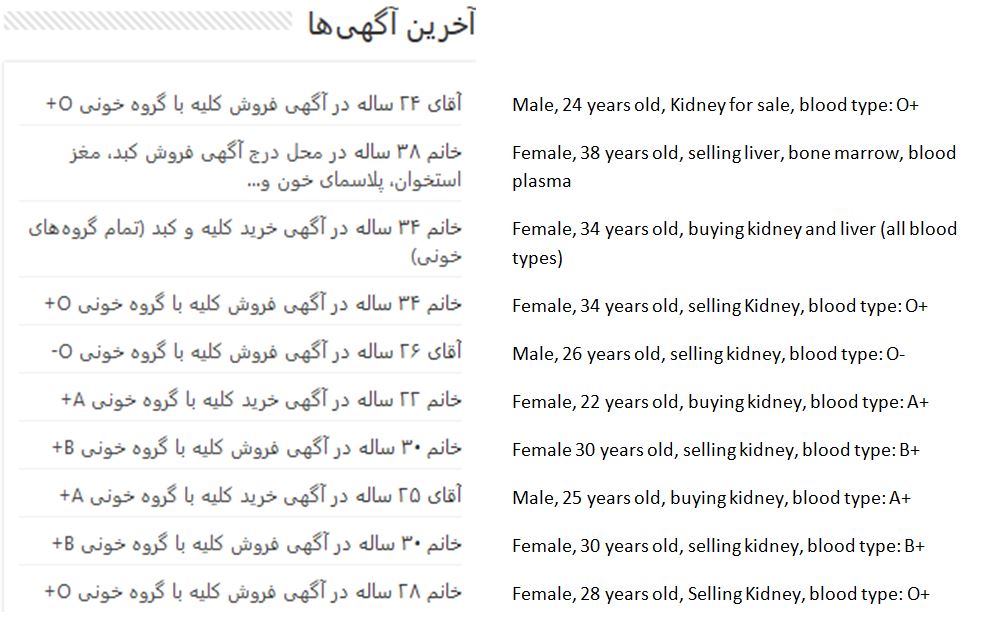 Average prices in a middleman market- Scope of the business

Organ prices are not fixed but constantly change. The prices depend on a number of factors such as the sellers’ age, the seriousness of the patient’s condition, the severity of the patient’s health condition, how urgently the organ is needed and how desperate the seller is. Seller’s blood type is a factor too. For example, O- and B+ blood types are more expensive.

Methods of selling and buying – The lucrative business of organ brokerage

Many sellers post their contact details and details of the organ they want to sell on the walls of buildings near hospitals. The details include the sellers’ age, blood type and the organ they want to sell. Many beg the pedestrians not to erase their announcements from the wall since they are desperate and need the money urgently.  The sellers usually prefer to contact the prospective candidate directly to avoid giving a commission to the middlemen.

Buying and selling through brokers

However, being a broker of bodily organs has evolved into a lucrative business for a number of people. Their job is to identify desperate people who urgently need an organ for their relative or are in dire need of the money they could obtain from selling one.

The kidney and liver markets are hot for brokers. Instagram and Telegram apps are among their preferred platforms. The middlemen have also set up websites where they ask sellers to sign up and leave their details for buyers to find.  Both sides pay the broker’s commission.

One of the sites is http://koliyecenter.mihanblog.com/. 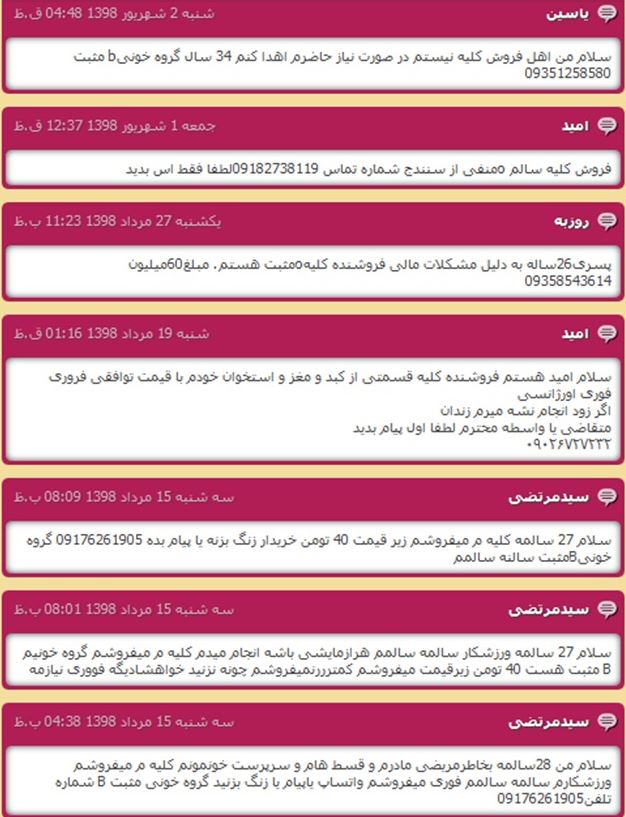 A page of the site in early September 2019 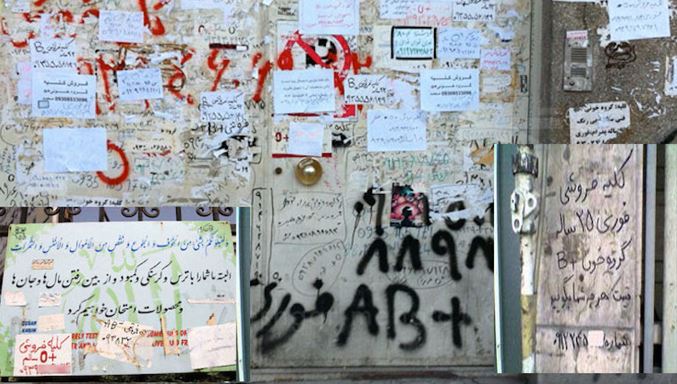 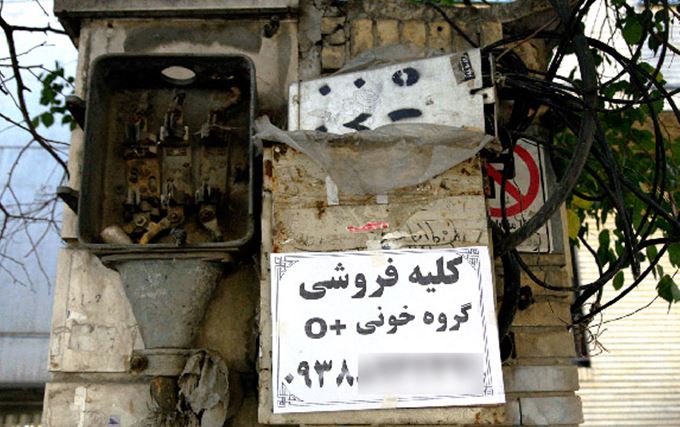 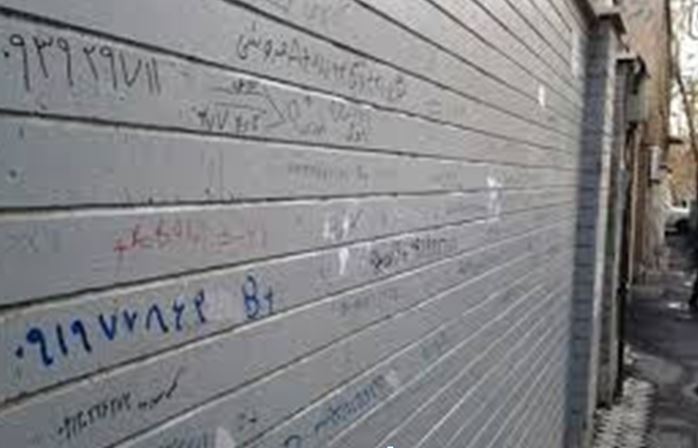