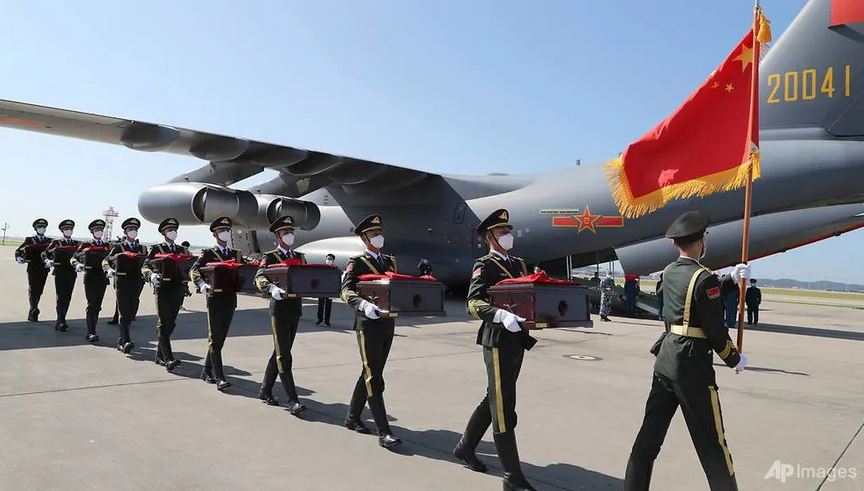 The remains of 117 Chinese soldiers who died in the 1950 to 1953 Korean War were returned to China on Sunday (Sep 27) in an annual repatriation delayed this year by the coronavirus outbreak.

South Korea handed over the remains at a ceremony at Incheon airport outside Seoul, and a Chinese military transport plane flew them to Shenyang, a northeastern Chinese city near the North Korean border.

Chinese soldiers fought on the North Korean side against US-led forces in the South during the war on the Korean Peninsula.

Most of the remains this year were found in the Demilitarized Zone that separates North and South Korea. It was the seventh annual repatriation, and the largest since the 437 returned in the first one in 2014. In all, the remains of 716 Chinese soldiers have been sent back.

This year's return, originally planned for the spring, was postponed for several months because of the spread of COVID-19.