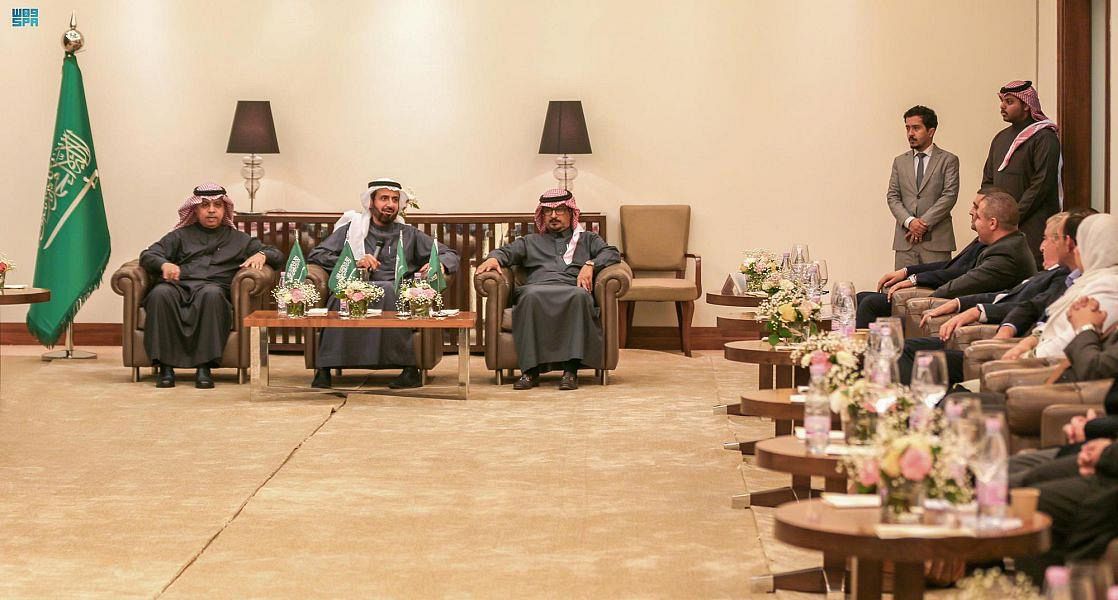 The Saudi delegation, headed by Minister of Hajj and Umrah Dr. Tawfiq Al-Rabiah, has concluded meetings in Algeria with several officials and representatives of the travel and Umrah companies, on the sidelines of the exhibition to review the incentives and facilities offered by the Kingdom of Saudi Arabia through the Nusuk platform to visitors of Makkah and Madinah, which offers a variety of options for issuing a visa to come to the Kingdom easily with ample information and packages to enrich the experience of pilgrims and Umrah performers.
The delegation provided the major Hajj and Umrah companies in Algeria with an explanation of the development steps adopted by the Saudi government to receive and serve the growing numbers of pilgrims and Umrah performers from all countries of the world.
Visa holders of Algerian nationality can perform Umrah and move around the Kingdom through a number of options such as: Issuing an Umrah visa electronically by obtaining one of Umrah's packages through the Nusuk platform, or obtaining a visa directly from the embassy, or upon arrival at the airports of the Kingdom of Saudi Arabia for residents or holders of commercial or tourist visas of the European Union, the United States of America and the United Kingdom. Visas can also be obtained via the unified national visa platform by Saudi nationals hosting their friends and acquaintances. Visa application offices will reopen in Oran and Constantine in Algeria during the second quarter of 2023.
The visit is part of tours and promotion meetings held by the Saudi delegation inside and outside the Kingdom. The Kingdom received more than 50 delegations during the Hajj and Umrah services conference and exhibition, as well as regional tours and exhibitions of Nusuk in Egypt, Turkiye, Kazakhstan, Uzbekistan and others.
The Ministry of Hajj and Umrah had earlier announced the launch of the unified government platform "Nusuk" nusuk.sa, in partnership with the Saudi Tourism Authority, to serve as the new Saudi portal to visitors of Makkah and Madinah, to develop the experience of pilgrims and Umrah performers and facilitate their arrival to perform Umrah and visit from all over the world, as part of the pilgrims and Umrah performers service program of the Saudi Vision 2030.