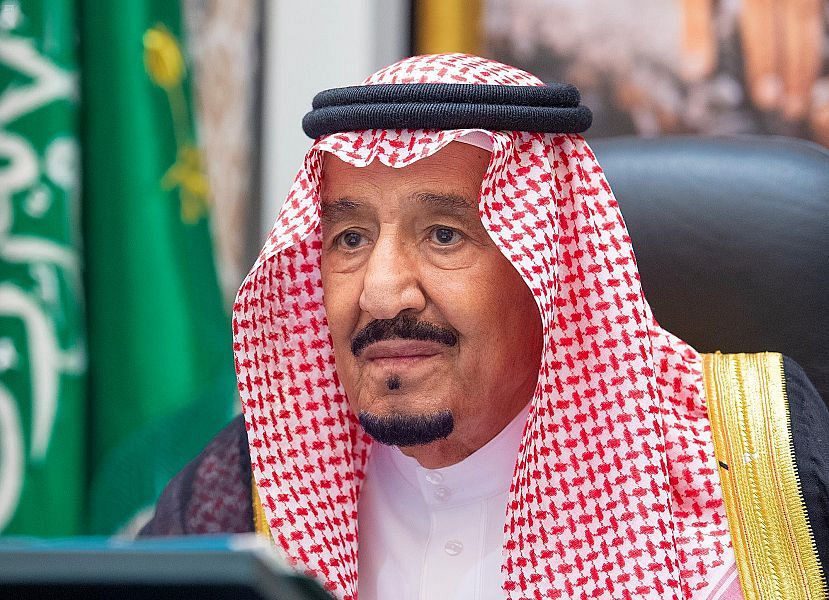 At the outset of the session, the Cabinet reviewed the latest developments of the Coronavirus pandemic at the local and international levels, the efforts made to achieve the highest levels of safety and maintain the health of citizens and expatriates, and the expanded testing in various regions of the Kingdom of Saudi Arabia. The Cabinet was reassured about the medical and health care provided for active and critical cases based on a comprehensive and integrated system which placed the Kingdom of Saudi Arabia among the countries with the most recoveries from COVID-19.

The issuance of the Royal Order, extending for an additional period a number of government initiatives to mitigate the effects of the Coronavirus pandemic on economic activities and the private sector, was described by the Cabinet as part of the urgent government measures to support individuals, investors and private sector establishments and to enhance their role as partners in the development of the Kingdom of Saudi Arabia's economy. As many as 142 initiatives were announced since the outbreak of the pandemic with a value exceeding SR214 billion.

Acting Minister of Media Dr. Majid bin Abdullah Al-Qasabi pointed out in a statement to the Saudi Press Agency (SPA) that the Cabinet reviewed latest developments on regional and international arenas, including the Security Council's discussion of the UN Secretary-General's report on Iran's involvement in the missile attacks that targeted the Kingdom of Saudi Arabia last year, reiterating that the international community should take a firm stance against Iran and appropriate measures to continue arm embargo on the Iranian regime, and to deal seriously with the nuclear and ballistic programs being developed by Iran. The Cabinet reiterated the Kingdom of Saudi Arabia's keenness on the stability of the region, and that the Kingdom will not under any circumstances allow any transgression of its borders, harm to its national security, or exposing the safety of water crossings and global economy to the threats of the hostile Iranian behavior. The Kingdom also reiterated warning against the security consequences of the arms agreements that ignored Iran's regional expansion and the legitimate security concerns of the region's countries.

The Cabinet welcomed the UN Security Council pronouncement denouncing Houthi militia's targeting of the Kingdom's territories with drones and ballistic missiles and reiterating support to immediately stopping of hostilities and prompt implementation of Riyadh Agreement provisions to bring back peace to Yemen, stressing backing internationally exerted efforts aiming at resuming a comprehensively political process, in Yemen, in accordance with the UN relevant resolutions and the Gulf Cooperation Council (GCC) Initiative, its executive mechanism and the outputs of the National Dialogue, in addition to desist from obstructing access to the humanitarian assistance.

Dr. Al-Qassabi pointed out that the Cabinet reiterated the Kingdom's stance before the 4th Brussels Conference to Support Syria, that the political solution is the sole solution to the Syrian crisis, in accordance with the UNSC resolution no. 2254, Geneva I, continuation of the Kingdom full support of the UN and its special envoy's endeavors and all efforts exerted conducive to a solution to stop that tragedy and to resume the constitutional committee workings.

Pointing to the Kingdom's contributions to facilitate reaching a political solution, he stated that the Kingdom's playing host to Riyadh I and Riyadh II, that led to the inception of a Syrian Negotiation Commission and exerting all possible effort to unify the Syrian opposition and closing their ranks and mitigate the suffering of the Syrian people by providing various forms of support and aid.

The Kingdom sheltering of hundreds of thousands of Syrian brethren and the programs of backup, care and humanitarian assistance for millions of Syrian refugees, in the neighboring countries as well as inside Syria, underlining that the Iranian regional enterprise is still posing a great danger to Syria and its future and the necessity to fight all terrorist organizations, in all manifestations, he elaborated.

The Cabinet, he added, also tackled the outcomes of the workings of the 9th Arab-Chinese Forum that concluded to hold an Arab-Chinese summit to be hosted by the Kingdom of Saudi Arabia, to bolster Arab-Chinese strategic partnership towards a wider prospects, that best serve the mutual interest of the two parties, rejecting Israel schemes to annex any part of the occupied Palestinian State territories, and re-emphasizing Iran's obligation towards good neighborliness, non-interference in the internal affairs.

He also cited the Kingdom's assertion, in its speech during the forum, on the unity, sovereignty and integrity of the Arab territories, condemning regional interventions in the internal affairs of the Arab countries, which play subversive role through backing up armed terrorist militias, a matter that necessitate a decisive stance against it, from the international community.

Dr. Al-Qasabi stated that the Cabinet expressed the Kingdom of Saudi Arabia's condemnation of the human rights violations faced by Rohingya minority and the difficulties facing humanitarian action in Rakhine state. The Cabinet also affirmed the Kingdom of Saudi Arabia's support for the Rohingya cause as one of the priorities of humanitarian action, calling on Myanmar government to commit to the safe arrival of relief aid to the affected people, be fully cooperated with the United Nations agencies and their partners in this regard, and abide by the resolution issued by the International Court of Justice earlier this year. 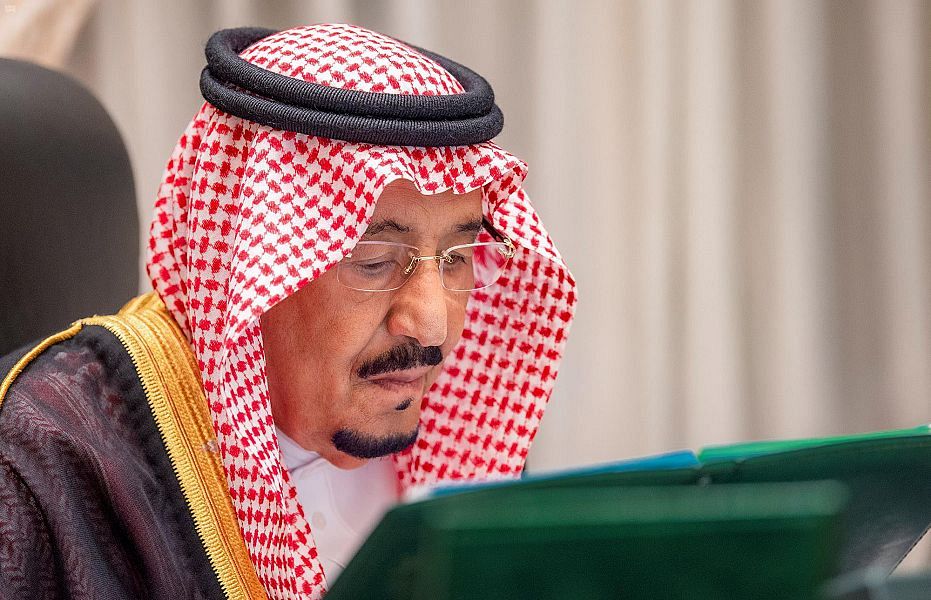 First: The Cabinet approved a memorandum of understanding for cooperation and exchange of news between the Saudi News Agency and the Emirates News Agency.

Third: The Cabinet authorized the Minister of Environment, Water and Agriculture - or his deputy - to discuss and sign with the Mauritian side a draft memorandum of understanding for cooperation in the field of fish wealth between the Government of the Kingdom of Saudi Arabia and the Government of the Republic of Mauritius.

Fourth: The Cabinet approved a memorandum of understanding for academic cooperation between King Saud University of the Kingdom of Saudi Arabia and Mohammed bin Rashid School of Government of the United Arab Emirates.

Seventh: The Cabinet approved the implementation of the decision of the Supreme Council of the Cooperation Council for the Arab States of the Gulf (GCC) issued in its 40th session which was held in Riyadh on December 10, 2019.

The Cabinet reviewed a number of topics on its agenda, including annual reports of the Ministry of Communications and Information Technology, the Saudi Broadcasting Authority, the Saudi Irrigation Organization, the Social Charity Fund, and the Royal Commission for Jubail and Yanbu. 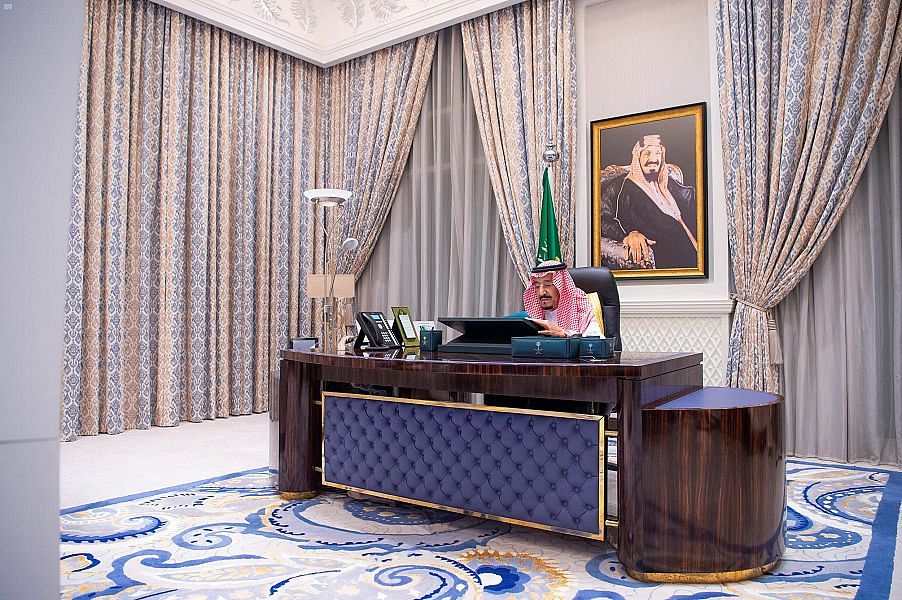