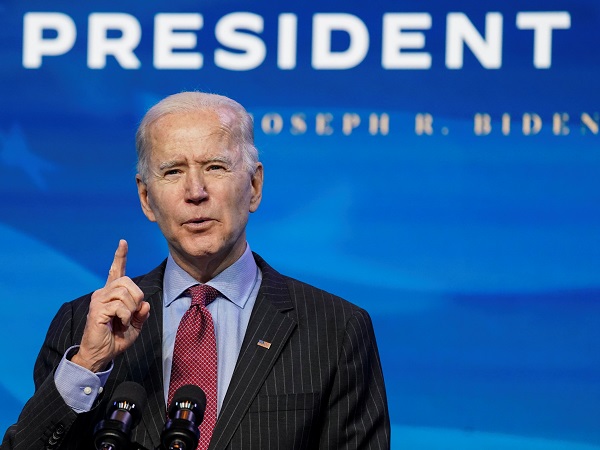 US Democratic President-elect Joe Biden on Saturday nominated U.S. foreign policy veteran Wendy Sherman, a key negotiator of the 2015 nuclear deal with Iran, to be the No. 2 official at the State Department.
Biden also nominated Victoria Nuland, a retired career foreign service officer who was the top U.S. diplomat for Europe, NATO ambassador and State Department spokeswoman, to be Under Secretary for Political Affairs, effectively the third-ranking U.S. diplomat.
He also nominated one of his long-time foreign policy advisers, Brian McKeon, to be Deputy Secretary of State for Management and Resources. He nominated Bonnie Jenkins to be Under Secretary for Arms Control and International Security Affairs.
And he nominated Uzra Zeya to be Under Secretary for Civilian Security, Democracy and Human Rights.
The Senate Foreign Relations Committee will hold a confirmation hearing on Tuesday for Antony Blinken, Biden's nominee to be Secretary of State.
If confirmed, the nominees announced on Saturday would serve under Blinken.
Philip Gordon, another veteran of the Obama and Clinton administrations, was named Deputy National Security Advisor to Vice President-elect Kamala Harris.
Reuters reported earlier this month that the nominations of Sherman and Nuland were expected, confirming a Politico report.