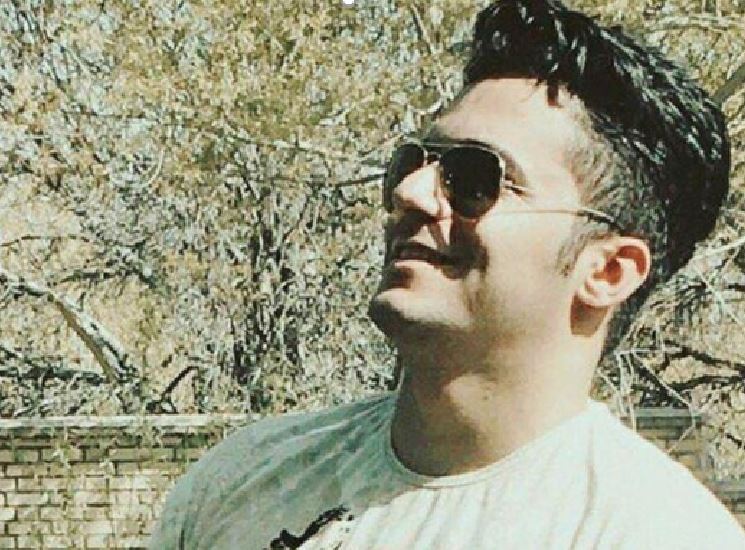 Iran: The Most Unprecedented Crimes of the 21st Century

In the first two days of the recent uprising in Iran that was initiated by a gas price hike, the suppressing machine of the Iranian regime killed more than 1000 protesters. The regime shut down the Internet and cut off electricity to block the news. This savage the crackdown was not only unprecedented in the number of people killed by the regime’s security forces but also in the extent of regime’s brutality, winning the title “the most unprecedented crime of the 21st century”. The story below says it all.

Barhan Mansournia, 28, is one of the martyrs of the protestor’s crackdown in Kermanshah. Barhan, a native of Marivan in Kurdistan province and a veterinary doctor of Urmia University was spending his military service in Kermanshah and had only two months left to finish his service. According to one of Barhan's relatives, he was hoping to open and operate a veterinary clinic in Marivan, his hometown.

One of his friends says: Barhan was a very organized person, having plans for every hour and every day of his life. He valued his time immensely and believed the time was the underlying platform for human success. He disliked idle and routine life.

As a scholar, he was very much aware of the social and economic challenges the people of his hometown and community were facing. Like many others, his unselfishness did not allow him to think of his own progress in life and ignore the welfare of others. He was witnessing the protest of the people against poverty, unemployment, and deprivation on one of the major streets in the city of Kermanshah. It was in one of these moments that he decided to become one of them. With determination and enthusiasm, he joined them and with his participation, he echoed their demands and in a way, he responded to his true self.

In one of these moments, he saw people protesting against poverty, unemployment, and hunger. He took a bold step out of his spirits, he knew his community and its problems, and like many others, he did not want to justify himself with his education and expertise when he saw the crowd of people protesting in the main boulevard of Kermanshah. He approached the sea of protest and responded to his will. He was unaware that making such bold and a conscious decision is going to change his life.

According to Idris, one of Barhan's friends, he leaves his brother's house in Dolatabad neighborhood at 4:30 pm on Saturday, Nov. 16, and joins a protest rally.

Unlike Barhan who was at the protest scene by accident and unplanned, the regime’s gunmen were already stationed, destined to kill the protestors; the guards were “ready”. The regime’s Special Unit attacked the protesters with no warning whatsoever at about 5:45 pm and opened a seemingly never-ending fire at them. People were shot at neck, head, and heart, ending the lives of many. Barhan was shot from behind, in the waist. He fell down, still breathing.

People were in a haste to take the wounded to a safe place, away from the reach of the guards and avoiding their arrest by the guards. Barhan was taken to a nearby home. Barhan’s cell phone was used to inform his brother. “The ambulance and Barhan’s brother arrive at the same time. He was taken to the nearest hospital, Farabi Hospital, but Farabi Hospital refuses to accept him. 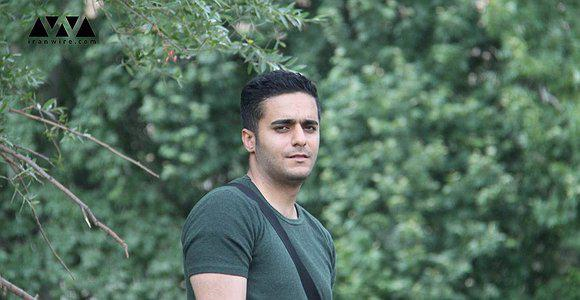 The hospital management was instructed from above not to accept any wounded protesters. Unbelievable! The hospital denying admission of a wounded who to be transported to the operating room immediately. They begged to no avail... After about one hour, via ambulance and head to Taleghani Hospital.

Idris says that according to the people at the hospital, every few minutes, the body of a wounded person was transported from the operating room to the morgue. This was the scene the family of the wounded had to witness at the hospital. It felt like with every transfer of everybody to the morgue, all those families were going through an unexplainable and horrific trauma. Apparently, 8 wounded lost their lives on that night at that hospital.”

After the operation, although unconscious, Barhan was released from the operating room alive. Due to his injuries, he was expected to be transferred to ICU but instead was transferred to the internal ward. “No one was in charge and no bed was available. He was left on the same stretch in the hospital’s corridor for 8 excruciating hours. 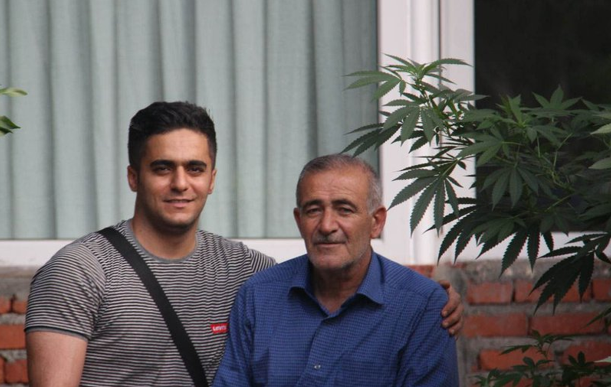 The nurses exhibited more care and compassion than hospital management and regularly checked on Barhan’s situation. As Barhan became conscious, he complained about severe pain, ad his bleeding re-started.”

The hospital management staff was instructed not to transfer any wounded protestors to the intensive care unit.

At the insistent and protest of his family, Barhan was transferred to the intensive care unit. His body was now cold and not much could have been to rescue him. A few minutes after the transfer to ICU, Barhan was announced dead

Barhan Mansournia was hospitalized for 34 hours, 34 excruciating hours to fight for life. On another note, Taleghani Hospital refused to honor Borhan’s insurance. He was covered by the Armed Forces Insurance, he had his insurance card with him. But the hospital’s denial to accept his insurance was just an excuse for not accepting him because his injuries had happened away from his place of service.

After Burhan's death, the security guards denied the hospital to release Barhan’s body to forensic and the hospital was not allowed to release his body. Many of his family from Marivan, Sanandaj, Saqez, Dehgolan, and Kermanshah came to the hospital. They were a big group that made the hospital think again, they were scared of yet another protest gathering slowly shaping up.

The paperwork between the courthouse and the sheriff's office was speeded up allowing the hospital to release Barhan’s body. After paying the hospital a lump sum of close to 6 million Tomans(around $800) for medical expenses, the family was able to transfer the body to forensic medicine on Tuesday, Nov. 17.”

Tuesday night, his body was transferred to Marivan: "The heavy security atmosphere in Marivan was alive and felt and has been so, since. The security officials were looking for any excuse to kidnap Barhan's corpse and using as a tool to hurt his family more. Barhan was buried at 2:00 am on Wednesday, just a few hours of its arrival to his hometown, Marivan.

Idris says his body was deliberately disintegrated during a forensic autopsy. Barhan Mansournia was hospitalized for the last 34 hours of his life and his family was very aware of his wounds. “Although he was shot in his waist area and part of his internal organs were damaged, but in his so-called autopsy, he was cut in many irrelevant areas of his body, such as ears, neck, head, hands, and legs.

His nose was also broken. All these unrelated cuts and injuries to his body during his autopsy could be attributed to one single reason: to portray that his death was not necessary because of the shot in his waist and lack of medical attention, but other reasons might have contributed.

The Security forces denied any wrongdoing and cleared themselves of any fault. They claimed that he has been the victim of a street fight.”

They pressured the family to prove that Barhan was not shot because he was taking part in the protest.