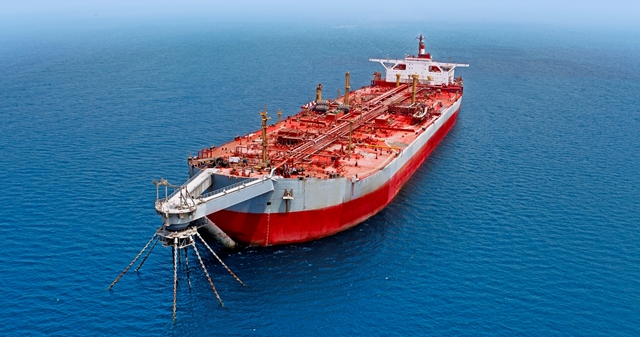 King Salman Humanitarian Aid and Relief Centre (KSrelief) called upon the United Nations and the rest of the international community to take urgent and immediate action to contain the risk of the explosion or sinking of the Safer oil tanker. The tanker, which is anchored at a distance of 4.8 nautical miles off Ras Isa Port in Al-Hudaydah Governorate, is carrying more than a million and a half barrels of crude oil, and is at risk of creating a major oil spill in the Red Sea – an event which would cause a major environmental disaster in Yemen and other countries with Red Sea coastlines. Thus far, Iran-backed Houthi militias in Yemen who control the area where the tanker is located, have ignored all international pleas and warnings about the potentially catastrophic oil spill; they have repeatedly refused either to perform necessary maintenance on the tanker themselves or to allow a team of international experts to access it and take steps to avoid disaster.

KSrelief noted in a recent statement that the condition of the Safer oil tanker has reached a critical state of degradation, and that the situation is a threat to all Red Sea countries, particularly Yemen. The center added that the aging tanker is at risk of exploding at any time due to the ongoing lack of the performance of critical maintenance since the Houthi coup. In addition to the real possibility of an imminent explosion, the overall deterioration of the tanker’s pipe system and other equipment and the disruption of its firefighting system make the condition of the tanker even more precarious, and more dangerous. The degradation of the tanker’s pipes and other infrastructure, if left unaddressed will cause inert gases and crude oil to leak, spilling the huge cargo of crude oil directly into the Red Sea; from there, it will spread into the Bab al-Mandab Strait and into the Arabian Sea. Not only will large-scale destruction of the marine environment result in the isolation of more than 115 Red Sea islands, such a catastrophic spill would also effectively end the ability of island residents to live and work there.

The KSrelief statement stressed the urgent need for comprehensive maintenance of the tanker, immediate intervention to oblige the militias to allow UN technical team to carry out this maintenance, and to enable technical and engineering teams to unload the crude oil as soon as possible and in an environmentally acceptable manner.

KSrelief called upon the international humanitarian community, including UN organizations and agencies, to take a stand against this serious environmental threat to Red Sea coastal populations in order to save lives and livelihoods, but also to avoid the potential disruption of aid delivery to Yemen by sea, which is an important method for getting aid to many parts of the country.