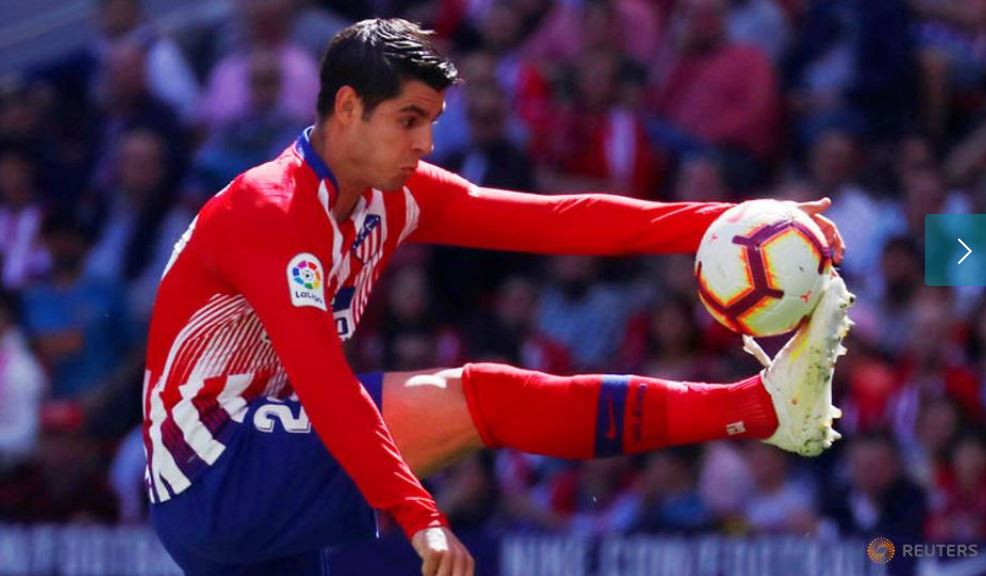 Spain have recalled Alvaro Morata for their Euro 2020 qualifiers against Malta and Romania after the striker scored five times in his last five games for Atletico Madrid.

Spain, who have already qualified for next year's championship, need to avoid defeat in one of their two remaining games in order to progress as Group F winners.

There was a maiden call up for Dani Olmo, however Barcelona's Ansu Fati and Arsenal's Dani Ceballos missed out.

Zagreb forward Olmo, who was a key part of the Spain Under-21 side that won this year’s European Championship, has impressed for the Croatian side in the Champions League this season.

Manchester City midfielder Rodri, who has not played since Oct. 22 due to a hamstring problem, is included while Barcelona’s Jordi Alba misses out through injury.

There is also no place for Barca team mate Fati.

The 17-year-old forward was granted Spanish citizenship in September before making his Under-21 debut last month. He is expected to be named by Luis de la Fuente in the U-21 squad later on Friday.