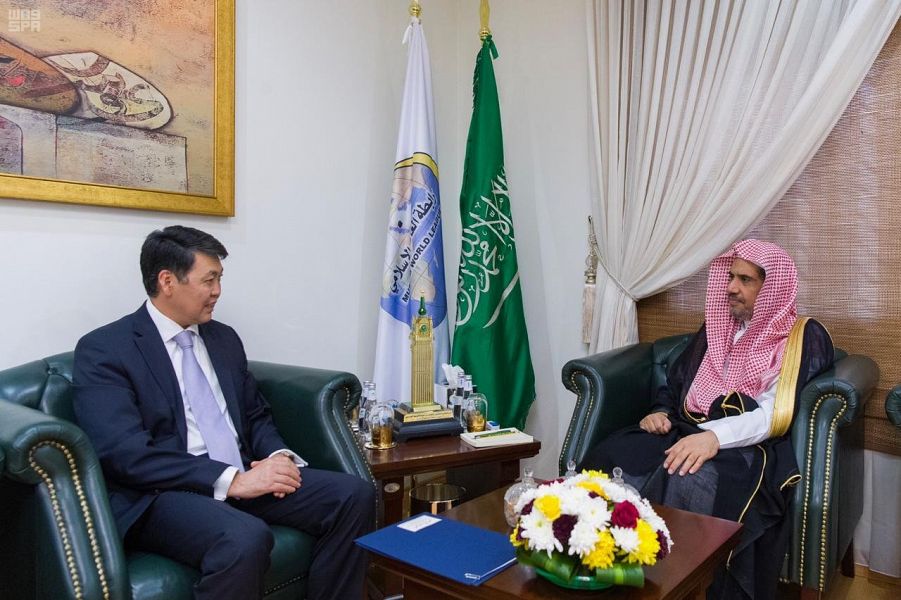 Speaker of Senate of Kazakhstan invites Dr. Al-Issa to visit his country

Secretary General of the Muslim World League Sheikh Dr. Muhammed bin Abdulkarim Al-Issa received in his office in Riyadh Ambassador of the Republic of Kazakhstan to the Kingdom Mr. Peric Arin and his accompanying delegation.
The Ambassador handed Dr. Al-Issa a letter from Speaker of the Kazakh Senate Ms. Dariga Nazarbayeva and Al-Issa asked him to convey his greetings to Ms. Nazarbayeva.
During the meeting, they discussed a raft of issues of common interest and reviewed the fields of bilateral cooperation and coordination.
Dr. Al Issa welcomed the newly - appointed Ambassador, Mr. Peric Arin, and wished him success in his new post in Saudi Arabia, stressing the MWL’s keenness to strengthen its relationships with all countries of the world with the aim of facilitating its tasks in the service of Islam and Muslims.