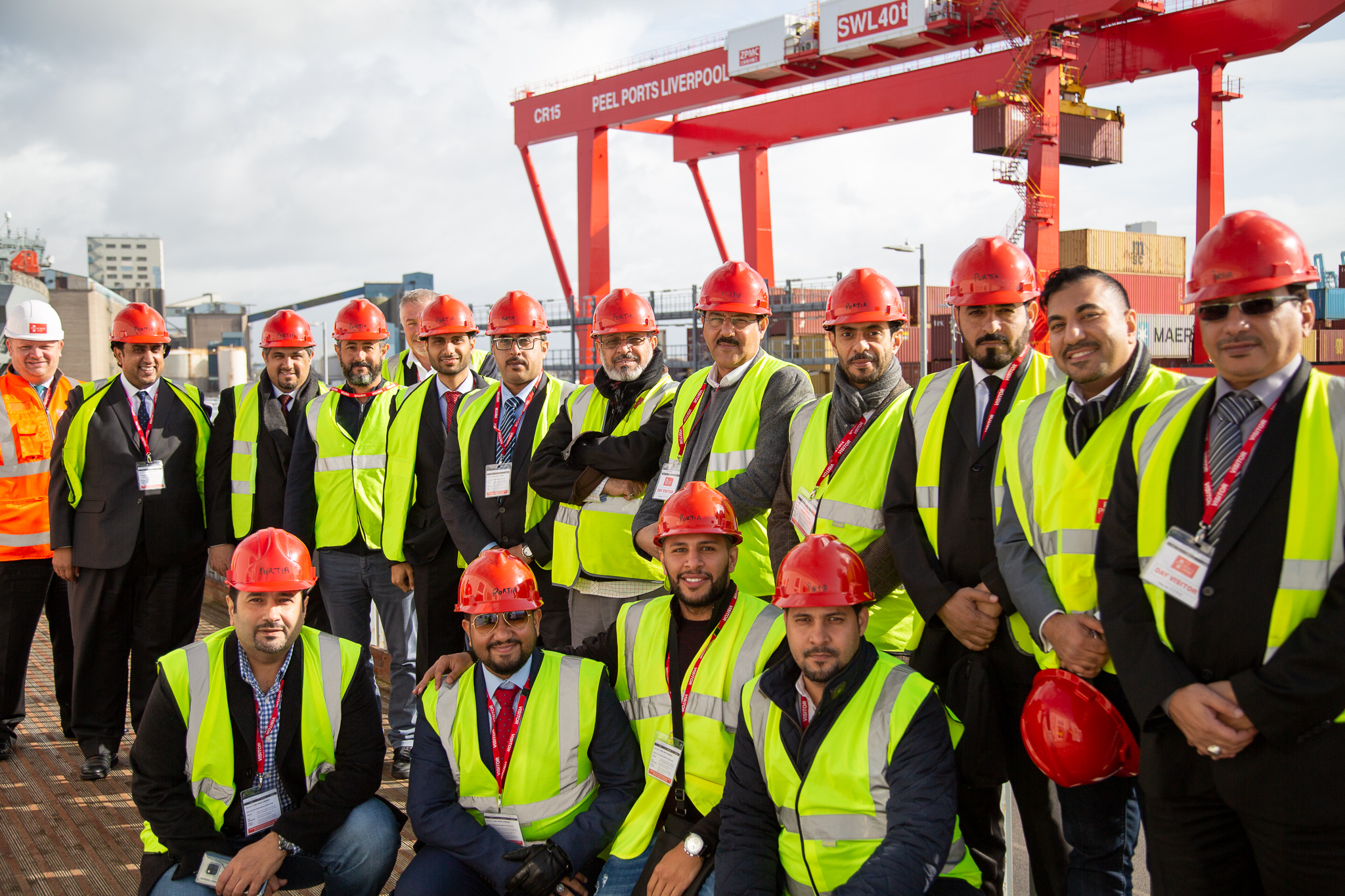 As part of its strategy to learn about the best global experience sharing practices with the world's leading ports, a delegation from King Abdullah Port, which also included officials from the Economic Cities Authority, Saudi Customs and the Border Guards, visited Liverpool Port, one of the largest ports in the United Kingdom, with a view to learning about the Port's business processes and operating procedures.

The visit to Liverpool Port provided an ideal opportunity for delegation members, which included representatives from the public and private sectors, to learn about the business model of one of the major ports in the UK and the applicable regulations for terminal management, port operations, and customs clearance procedures, as well as safety and security standards and procedures.

Liverpool Port, located on the east side of the River Mersey, is distinguished by its integrated facilities and features container terminals as well as general cargo, break bulk and agricultural bulk terminals. It also has easy highway access and is directly connected to the train and bus services.

In addition to their Liverpool Port visit, the King Abdullah Port delegation held a series of meetings with maritime sector leaders in the UK, where they discussed ways of cooperation between the Saudi maritime sector and its British counterpart, through the exchange of experiences and joint action on global maritime trade.

Over the past years King Abdullah Port has sent delegations of senior officials to various ports around the world, accompanied by representatives of government and private partners of the Port, in order to exchange experiences and learn about the latest practices in port management and operation. Visits in previous years included the Port of Istanbul in Turkey, the Port of Rotterdam in the Netherlands, the Port of Antwerp in Belgium, followed by the Port of Valencia, which is the largest in Spain and the Mediterranean Sea basin and the fifth busiest seaport in Europe.

King Abdullah Port’s management emphasized that such visits serve to enrich cooperative relations between Saudi ports and other ports in the world, and contribute to enhancing coordination between government authorities and partners as well as informing them of King Abdullah Port’s main plans and programs, which embodies complementarities between the public and private sectors with the aim of activating the logistics and maritime trade sector, and raising the competitiveness of Saudi Arabia, thus contributing to the realization of Vision 2030.

Run by the Ports Development Company, King Abdullah Port is the region’s first port to be fully owned, developed and operated by the private sector. It has been listed as the fastest-growing container port and one of the world’s 100 largest ports after less than four years of operation. 10 of the largest shipping lines work at the port to offer integrated services to importers and exporters. The port’s development plan is proceeding at a steady pace and a clear vision to become one of the world’s leading ports, utilizing its advanced facilities and proximity to the Bonded and Re-export Zone and the logistics park; offering clients logistics support to enable them achieve their desired growth.