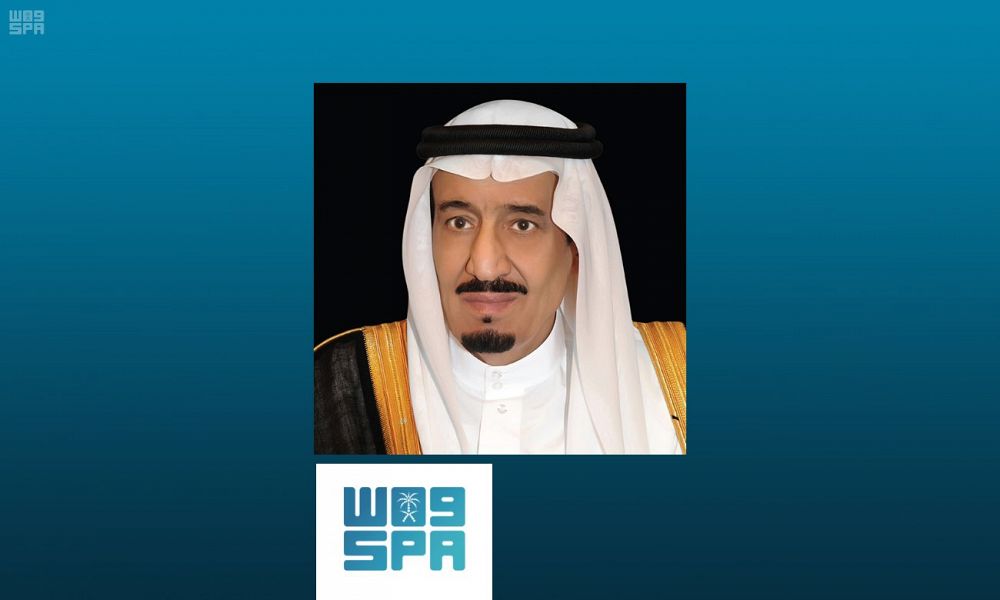 The Cabinet held today via the virtual network a session and was briefed on the telephone calls made between the Custodian of the Two Holy Mosques King Salman bin Abdulaziz Al Saud with King Abdullah II bin Al Hussein of the Hashemite Kingdom of Jordan; President Kais Saied of the Republic of Tunisia, and Prime Minister Giuseppe Conte of Italy. The phone conversations dealt with the latest developments in the world due to outbreak of the novel Coronavirus (COVID-19) pandemic in addition to the international efforts to curb and limit its spread.

The Cabinet lauded the Royal Order aiming to support the private sector, particularly the small and medium enterprises as well as economic activities most affected by the implications of the global pandemic, including a payment of monthly financial compensation for more than (one million and two hundred thousand) citizens working in the affected enterprises, for a period of three months, with a support of SR9 billion. This support reflects the Custodian of the Two Holy Mosques' keenness to mitigate the social and economic impacts of the pandemic and to take measures that safeguard the safety of the citizen and the resident.

The Cabinet appreciated SR120 billion initiatives to mitigate the impact of the Coronavirus pandemic, including SR70 billion initiatives approved by the Custodian of the Two Holy Mosques to provide a financial liquidity to the private sector in order to achieve its role in the economy. Among the initiatives, the Saudi Arabian Monetary Authority (SAMA) announced preparing a SR 50 billion program to support banks, financing companies as well as small and medium enterprises in order to confront risks of pandemic and mitigate its impact on the national economy.

In a statement to the Saudi Press Agency (SPA), Acting Minister of Media Dr. Majid bin Abdullah Al-Qasabi disclosed that the Cabinet appreciated the leadership's utmost keenness to provide support for the great financial needs to confront this pandemic in addition to approval of the budgets submitted by the Ministry of Health. In this regard, the Custodian of the Two Holy Mosques has approved SR7 billion additional allocation submitted by HRH the Crown Prince and Deputy Prime Minister following his chairmanship of a meeting held via virtual network, bringing the total amount of the financial support since the beginning of the COVID-19 spread to SR15 billion for the Ministry of Health. This royal approval aims to raise the health sector's readiness to secure medicines, operate additional beds, provide medical equipment and health supplies, such as ventilators and exploratory testing devices and samples, as well as secure the necessary medical and technical cadres from inside the country and abroad. In addition, the Custodian of the Two Holy Mosques has approved and allocated an amount of SR32 billion to the end of the fiscal year for the Ministry of Health.

The Cabinet affirmed that the current and coming phases are witnessing rapid developments of the pandemic in the world, hailing the wise leadership's measures to reduce contacting by 90% as well as its deal with the crisis in a transparent manner.

The Cabinet stressed that all members of society must have a strong sense of responsibility and abide by the precautionary measures and guidelines in order to enable the concerned authorities to decline the number of infections in the Kingdom during the next stage, affirming the importance of dealing with the pandemic with sufficient seriousness and utmost determination in order to stop its spread.

The Cabinet also appreciated the Royal directives to finalize the procedures of citizens who wish to return to the Kingdom from abroad in accordance with the priority for Saudi citizens in countries mostly affected by the Coronavirus.

The Cabinet confirmed the Kingdom's call for (OPEC +) countries and a group of other countries to hold an urgent meeting with aim of reaching a fair agreement that restores the desired balance to the oil markets, asserting that this call came as an extension of the Kingdom's previous efforts to achieve market balance and stability as well as its permeant endeavors to support the global economy in this exceptional circumstance.

The Cabinet reviewed the topics on its agenda, and approved the following decisions:

Second: The Cabinet approved the Kingdom of Saudi Arabia's accession to the United Nations Convention on International Settlement Agreements Resulting from Mediation.

Sixth: The Cabinet approved the Kingdom of Saudi Arabia's accession to the Guiding Principles on Financing the Development of the Belt and Road Initiative.

Ninth: The Cabinet approved the Guarantee of Rights with Movable Assets System, and amended the Commercial Mortgage System.

Tenth: the Cabinet approved a number of exemptions from financial equivalent with regard to the number of laborers in the small enterprise.

Eleventh: the Cabinet amended the regulation of the regions and cities development authorities issued by the Cabinet resolution No. (475) and dated on 7/6/1437H.

Twelfth: the Cabinet approved a number of promotions to the ranks 15th and 14th as follows:

1- Mohammed bin Zaid bin Ibrahim Al Mahmoud is promoted to a post of Administrative Consultant, rank 15, at the Ministry of Defense.

4- Eng. Abdelmoneim bin Mahmoud bin Hammad Al-Rashed is promoted to a post of Technical Affairs Advisor, rank 15, at the Ministry of Municipal and Rural Affairs.

5- Eng. Ayed bin Ali bin Mohammad Al-Zahrani is promoted to a post of Technical Affairs Advisor, rank 15, at the Municipality of Jeddah Governorate.

6- Alloush bin Faris bin Badi Al-Subaie is promoted to a post of Security Advisor, rank 14, at the Principality of Riyadh Region.

7- Ahmed bin Abdulaziz bin Abdurrahman Al-Shaya is promoted to a post of Director General of Administrative and Financial Affairs, rank 14, at the Principality of Riyadh Region.

8- Mansour bin Bakhit bin Abdullah Al-Temsah is promoted to a post of Administrative Advisor, rank 14, at the Ministry of Defense.

9- Eng. Sami bin Mohammad bin Ali Aboud is promoted to a post of Planning Advisor Engineer, rank 14, at the Ministry of Municipal and Rural Affairs.

10- Fahd bin Abdullah bin Abdulaziz Al-Salama is promoted to a post of Technical and Administrative Affairs Advisor, rank 14, at the Ministry of Municipal and Rural Affairs.

11- Imad bin Abdullah bin Mohammed Jawhar Filemban is promoted to a post of Assistant Director General of Department of General Committee Works, rank 14, at the General Secretariat of the Cabinet.

The Cabinet reviewed a number of general topics on its agenda, including annual reports of the Ministry of Municipal and Rural Affairs Ministry; General Authority for Audiovisual Media and General Commission for Tourism and National Heritage (previous) for two previous fiscal years and made appropriate recommendations in their regard.