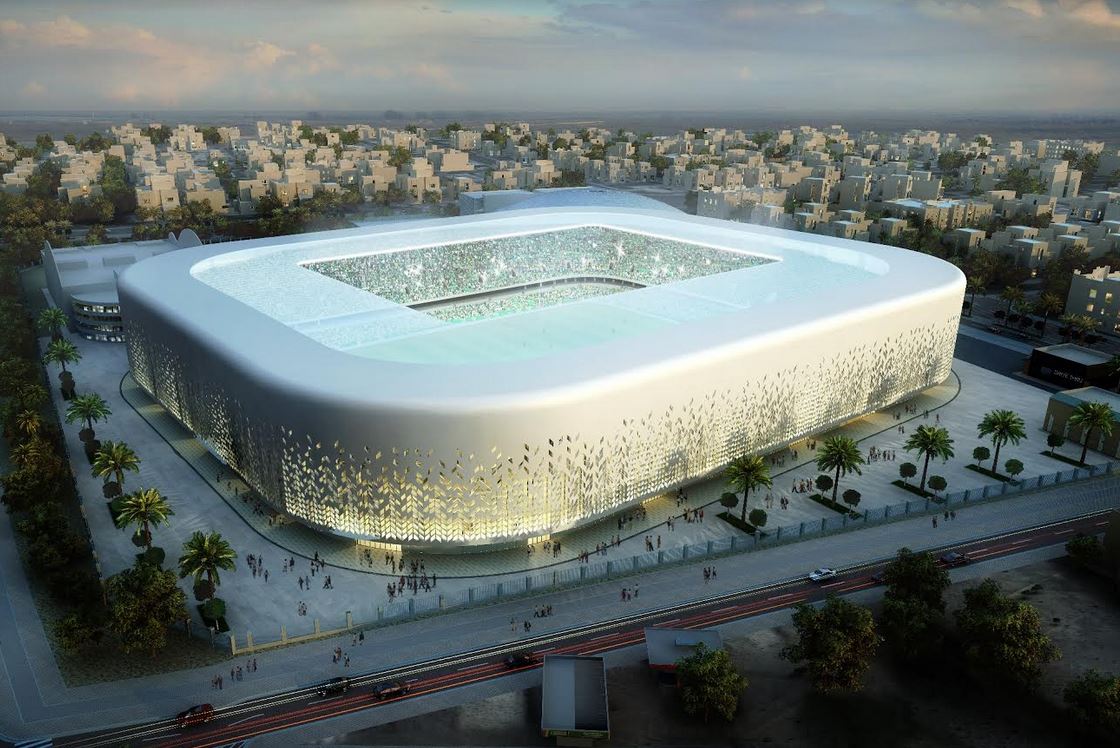 With sports infrastructure development being a top priority for Gulf countries - as they share a vision to encourage the world to see the Middle East as an emerging global destination for sports and recreation, governing bodies are putting forward the best efforts to develop award winning state of the art sports facilities with international standards to host key international sporting events.

As part of the on-going efforts to achieve the objectives of Kuwait’s National Development Plan and signal a new era for sports and recreation in the state, realising H.H. The Amir of Kuwait’s vision for 2035, The Public Authority for Sports (PAS) in Kuwait today announced that the architectural design of the new Sabah Al Salem Stadium has won the World Stadium Congress Award 2019 in the ‘Future Stadium Design of the Year’ category. The World Stadium Congress Awards ceremony, in its 6th year, was held two days ago (21st May 2019) in Amsterdam announcing Kuwait’s win, which is state’s first global recognition for a sporting facility from the only international institution specialized in evaluating and recognising stadium designs worldwide.

In a word from PAS’s Deputy Director-General, Sheikh Hamoud Mubarak Al-Hamoud Al-Sabah said: "Garnering further global recognition for this project is a testament to our progress in developing a world-class stadium, and we would like to thank all those who are involved in and contributing to the realization of this project. We are very well aware that international sports tourism is considered a potential growth factor for the economy, and the Middle East is moving towards stability and growth with the promotion of sports industry, as it is expected to generate new business and employment opportunities and help accelerate economic growth”.

The new Sabah Al Salem Stadium project comes as part of an ambitious plan to almost double the stadium’s capacity to 30,000 (shaded) seats and expand the facilities of the club to increase its ability to embrace other sports. The Public Authority for Sports had commissioned Pace - one of the leading multidisciplinary firms in the region for architecture, planning and engineering, to undertake the redesign and construction supervision of Al-Arabi Sports Club’s centrepiece stadium. Project components also include a VIP area and corporate boxes and sports halls under the benches/bleachers. 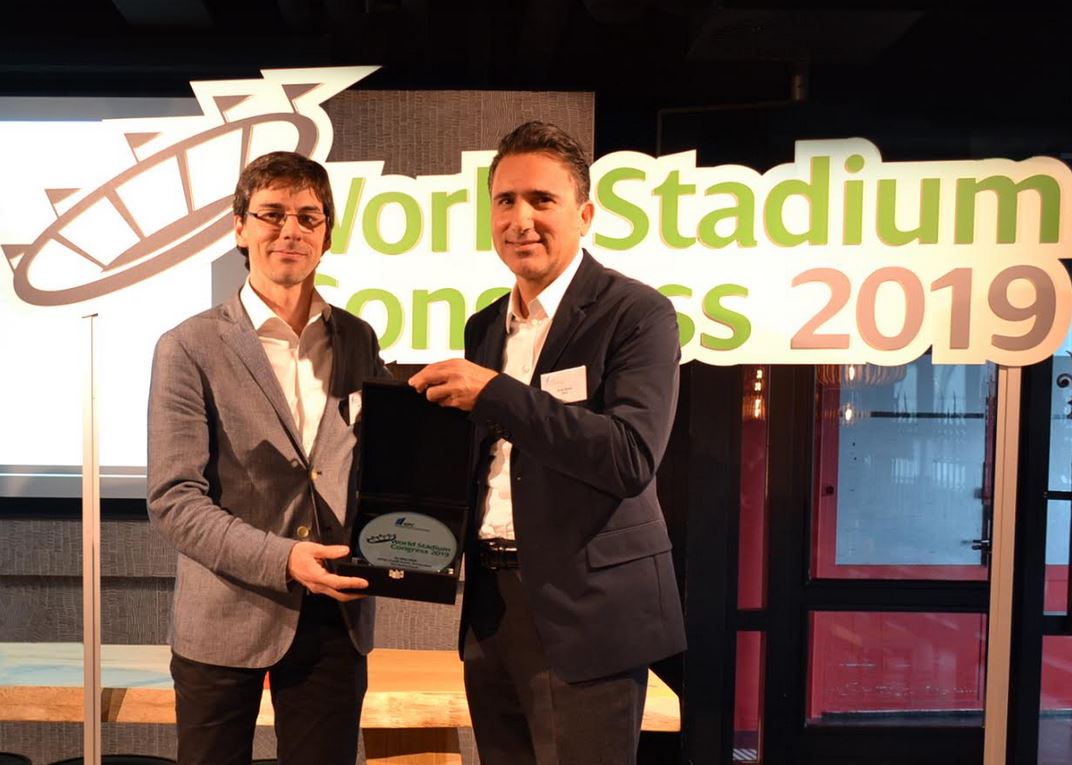 Pace CEO, Tarek Shuaib, stated: “We are extremely proud to see the project win yet another prestigious global award. This comes as recognition for our strong commitment to excellence in architecture and design, and 50 years of expertise in the industry. I would like to extend my utmost appreciation to Pace’s team of dedicated professionals, who contribute to the growth of this firm on a daily basis, and help realize its vision, and achieve its goals and objectives”.

Shuaib also added: “The building above street level almost floats above the ground floor, clearly separating the activities taking place within it. The stadium is closed from all sides of the pitch. The modern design of the stadium’s facade incorporates a white continuous block unifying the wall and roof as one element. This element wraps around the tiers as tightly as possible and incorporates the symbol of the club. The wheat leaves on the logo were chosen as the symbol for the new era in the life of the Al-Arabi Sports Club as they mean growth and prosperity. The pattern is more open at concourse level, as it is a more public area, hence allowing for light and ventilation into the bowl, while being more closed at the top (where the sports halls are) until it fades into the solid form of the curved roof”.

Commenting further, Mubarak said that “Despite constraints on a limited plot size, the design of the multipurpose stadium is internationally standardized to still be FIFA, UEFA compliant, fully optimising the use of space. In order to secure a family friendly environment, the project has been designed to be sensitive to surrounding areas. The overall area of the landscape around the stadium building is approximately 19,000sqm. Green areas for planting will be introduced which will have trees and shrubs and low feature plants with lighting. Specialist lighting for the landscape areas and the building façade will be carefully designed to enhance the landscape and the stadium building”.

Al-Arabi Sports Club was founded in 1960 and is the first official sports club to be established in Kuwait. The Sabah Al Salem Stadium, located in the Al Mansouriyah district of Kuwait, is the club’s home from the very beginning, and is widely regarded as one of the country’s most iconic venues.