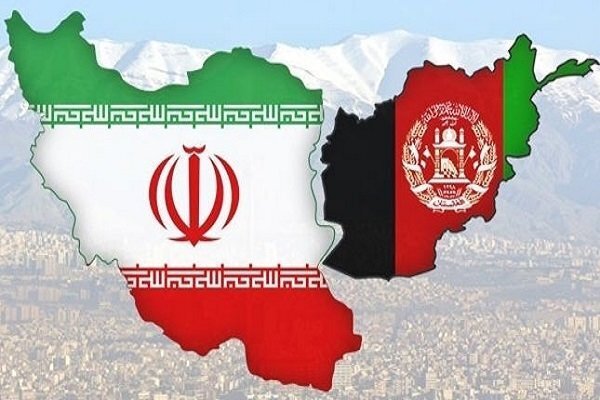 The fall of Afghanistan to the Taliban and the turmoil that has shocked the world over has given the Iranian regime an opportunity to use it to put pressure on the West, and especially the United States, to gain more ground in the Vienna talks.

The Vienna talks have been stalled for almost two months now, and with the change of government in Iran and the arrival of new President Ebrahim Raisi, the prospect of a resumption and conclusion of these talks seems darker than before.

The Iranian regime considers the fall of the Afghan government and the Taliban's domination of the country to be to its advantage, at least in the short term. Therefore it cautiously and indirectly supports recent developments, assessing that the US is in a tight corner by losing its position in Afghanistan. Thus, they can use this situation to take a tougher stance in the nuclear negotiations, forcing the United States to lift sanctions without giving in to the United States demands to negotiate their missile program and intervention in the region.

Khamenei knows that all the attention of the US government is currently on withdrawing from Afghanistan, and it is under international pressure due to the unexpected and unplanned collapse of the Afghan government and current turmoil in Kabul.

Having this in mind, Khamenei has increased enrichment of uranium to 60% by adding another centrifuge cascade to send a message to the international community that if Iran's demands are not heeded, there is little left to increase enrichment to the level of producing an atomic bomb.

It should be noted that Iran's economy has been severely bankrupt and disintegrated due to widespread government corruption as well as US sanctions. Inflation above 50% and skyrocketing prices have pushed more than 80% of Iranians below the poverty line. Unemployment and the inability to afford high housing costs in metropolitan areas have led to 40% of the urban population being pushed to the outskirts of cities and living in shantytowns.

In addition to the dire economic situation that has made people more impoverished than ever, Iran is currently facing the highest number of casualties due to the Covid 19 pandemic in the world. According to reliable statistics, more than 370,000 people have fallen victim to the disease so far. Although the regime has announced official statistics of a little over 100,000, according to many regime officials, the actual number is 3 to 3.5 times the official figures. Iran is currently struggling with the fifth peak of the disease and more than 2,000 people die from the disease every day.

The main reason for this situation in the first stage was the regime's secrecy and denial of the Corona outbreak in Iran due to the parliamentary elections.

While other countries of the world took measures to confront the spread of the virus by quarantining the infected cities and regions, Khamenei denied the arrival of the virus in Iran and did not take any action to quarantine the city of Qom, where the first suspicious cases were seen.

In this way, Khamenei was able to hold parliamentary elections that he had engineered to install his handpicked agents in the parliament.

In the next stage and the outbreak of the disease, the ban on the import of vaccines made in the United States and Britain by Khamenei under the pretext of distrusting these vaccines and the promise to make domestic vaccines caused the disease to spread to all Iranian cities and heavy casualties so that now only about 6٪ of the population has been vaccinated. If the vaccine had been imported from the beginning, Iran would not be in such a situation now.

The situation is so critical that for fear of public outrage and revolt, Khamenei was recently forced to announce, the import of Pfizer and Moderna vaccines is allowed.

Khamenei is aware of this chaotic situation. He recently faced an uprising in various cities of the oil-rich province of Khuzestan due to water shortages, which quickly spread to cities in other provinces. He knows that he cannot control the situation in this way for a long time, and desperately needs the lifting of sanctions on oil exports to earn revenue, so that perhaps by lowering prices, he can defuse the anger of people which otherwise may increase so much the risk of uprising and overthrow would be seriously at hand.

On the other hand, he is still looking to expand his regime in the region because he considers this expansion as leverage for its survival. But pursuing this policy requires large sums of money to support its proxy forces, such as Hezbollah and Hamas, or the Houthis to intervene in the region. Khamenei, following the example of North Korea, also considers the survival of his regime in obtaining the atomic bomb and tries covertly to achieve this objective.

Of course, some observers believe that the circumstances limit the Biden administration's maneuvering space. Because with the loss of Afghanistan, the United States will no longer give in to the Iranian regime’s demands.

Therefore, with the prospect of the United States not accepting the Iranian regime’s conditions in Vienna talks and the talks reaching a deadlock the sanctions will continue, and the regime will face the danger of uprising and revolt by Iranians, Khamenei will be left with the only lever he thinks can protect himself from falling. That is an atomic bomb.

Of course, history has shown that even the Soviet Union, with its largest arsenal of nuclear weapons, could not prevent its fall. Therefore, the United States should not give concessions to the Iranian regime to prevent it from acquiring a nuclear weapon, because this will only delay the regime change in Iran, which is what most Iranians want. If the sanctions continue, the Iranian regime will certainly not last long.

The disgruntled people of Iran, who expressed their dissatisfaction with the widespread boycott of the recent presidential sham election, will overthrow the government much sooner.

With the establishment of a democratic government in Iran, the entire Middle East region will surely be at peace and quiet.