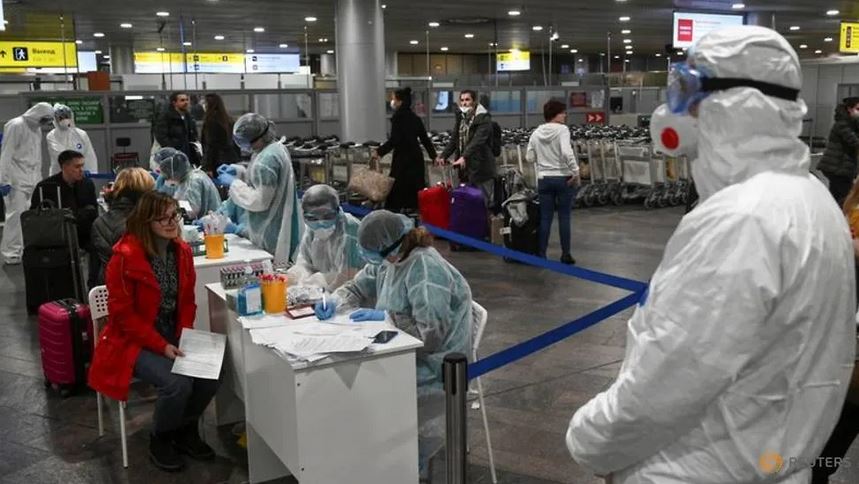 COVID-19: Russia to ground all international flights from midnight

Russia will halt all international flights from Friday (Mar 27) under a government decree listing new measures against the COVID-19 outbreak.

The decree published on Thursday orders aviation authorities to halt all regular and charter flights, with the exception of special flights evacuating Russian citizens from abroad.

The move came after two elderly patients with COVID-19 died in Moscow.

"Two elderly patients died in Moscow, who had tested positive for coronavirus," the Moscow city health department said on Wednesday, adding that they were suffering from pneumonia and complications.

Russia has not confirmed any deaths directly due to coronavirus and it was not immediately clear whether these deaths would be counted in its tally.

Last week Moscow health authorities announced the death of a woman who had tested positive but later said that an autopsy showed she had died of a blood clot, not the virus.

On Tuesday, the Moscow city health department said an elderly woman who had died at the city's infectious diseases hospital had in fact tested negative and the cause of death was advanced cancer.

President Vladimir Putin on Wednesday gave an address to the nation in which he underlined the seriousness of the epidemic, a day after visiting the Moscow hospital where cases are being treated.