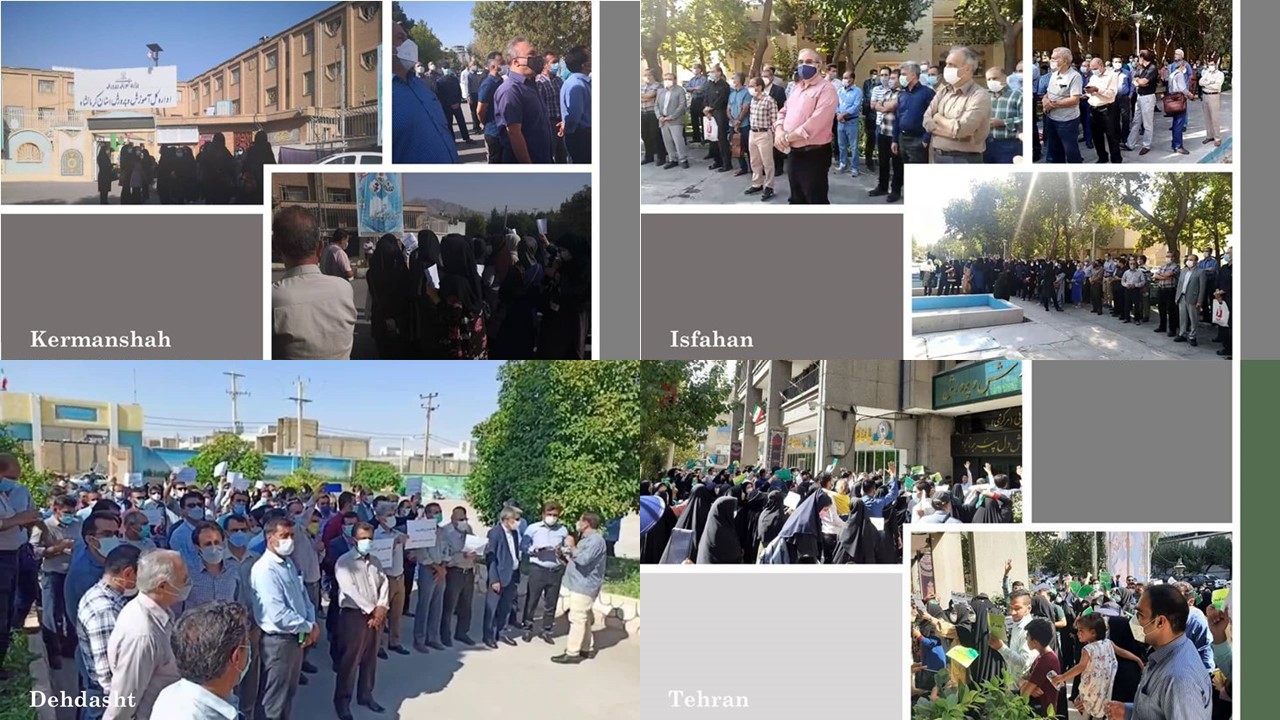 On the morning of Saturday, September 18, teachers in Tehran and many other cities, including Isfahan, Shiraz, Qom, protested the non-implementation of the ranking plan, non-payment of the retirees’ bonuses, and their dire working and living conditions.

The teachers chanted: "The imprisoned teacher must be released; No discrimination, no compromise, payment of salaries without having to beg for it, no discrimination, no compromise, granting our ranks without having to beg for it; Even if we die, we will obtain our rights; Teachers will die, but will not accept discrimination; Unless we obtain our rights, we  are not going to attend classes; ranking is our inalienable rights; and teachers, demand your rights.”

Meanwhile, today in Tehran, teachers called the "Green Licensees" held their 15th day of protests their non-employment in front of the Ministry of Education.

Mrs. Maryam Rajavi, the leader of the Iranian Resistance called on students to support the freedom-loving teachers and educators. She said that the continued protests by teachers, workers, and other working sectors with chants of "we will obtain our rights even if we die" bespeak of the Iranian people's resolve to overthrow the mullahs' religious fascism.

On Thursday, September 16, 2021, the Resistance Units, and supporters of the Mujahedin-e Khalq (MEK/PMOI) called for protests and uprisings to achieve freedom and democracy in Iran by posting banners and placards and writing graffiti. These activities took place despite the state of full alert by the regime's security forces. The activities took place in different parts of the Greater Tehran, Qom, Shiraz, and other cities.  Some of the slogans were: "Maryam Rajavi: The Iranian people will win the battle of destiny against Khamenei, who has been the reason for so many losses with the COVID-19,"

On January 8, 2021, Khamenei announced on official television a ban on the import of American, British and French vaccines. "If the Americans were able to produce the vaccine," he judged, "this coronavirus scandal would not have happened in their country with the death of about 4,000 people in a single day. At the same time, we should basically be wary of it, and sometimes these vaccines are meant to be tested on nations." 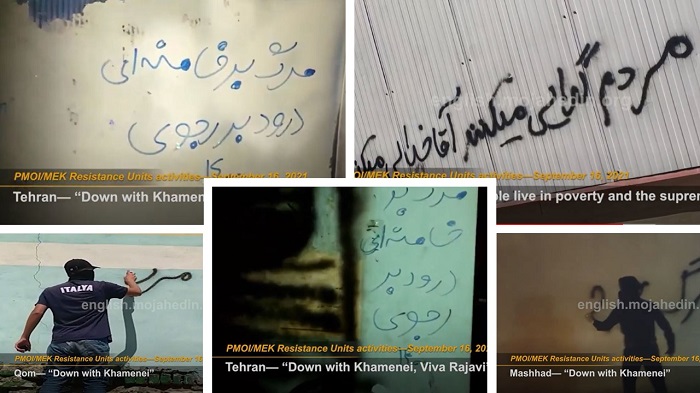