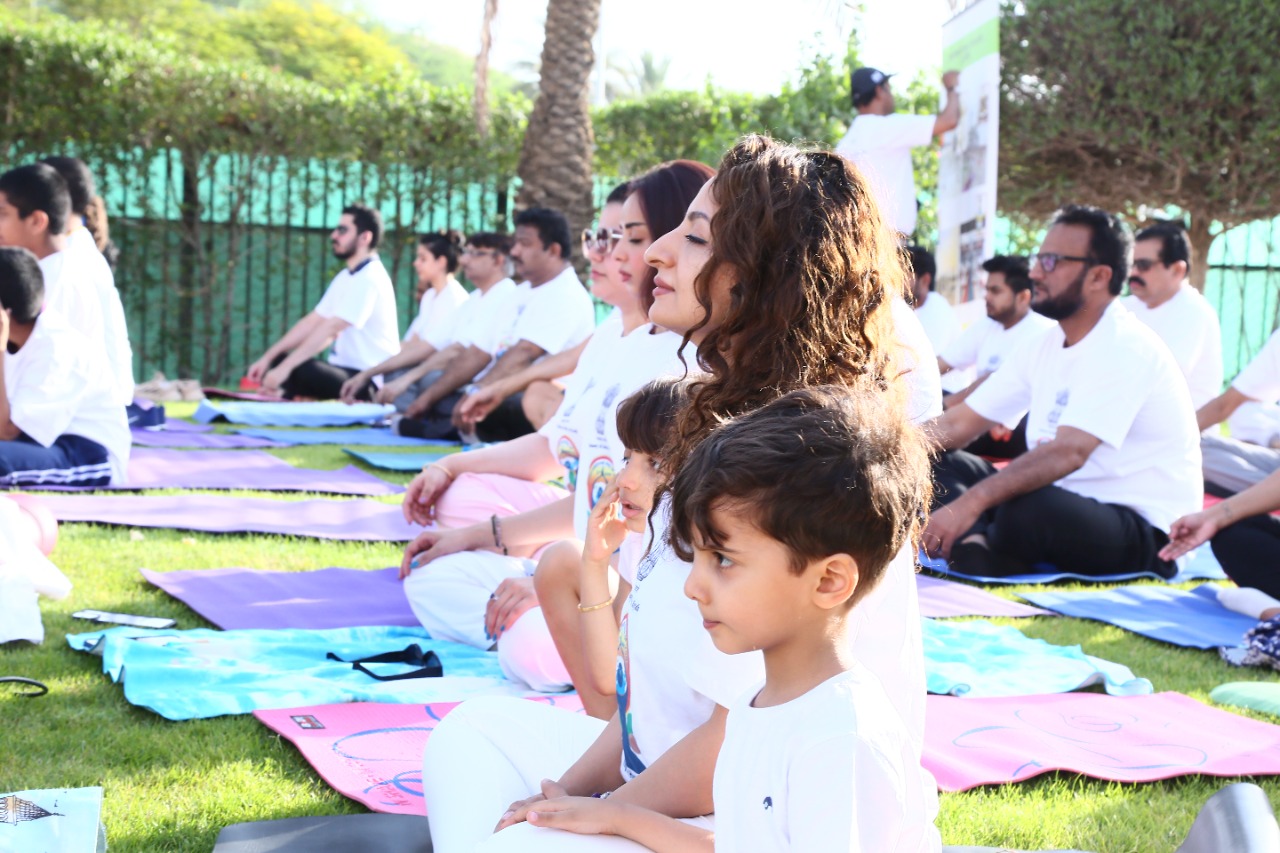 The Embassy of India in Riyadh celebrated the 8th International day of Yoga on Tuesday 21st June 2022 with yoga enthusiasts in the Kingdom of Saudi Arabia. Since 2014, when the United Nations General Assembly recognised 21st  June as International Day of Yoga (IDY), the day has been celebrated with great fervor at the global scale. This year the IDY coincides with the celebration of Azadi Ka Amrit Mahotsav, which is commemorating 75 years of India’s Independence and 75 years of establishment of diplomatic relations between India and Saudi Arabia . Therefore, as part of this year’s IDY celebration, yoga sessions are being organized at iconic locations in 75 countries in coordination with the Sun’s movement from East to West and are being live telecasted on DD News and other prominent TV channels. The event conducted in Indian Embassy’s premises was also a part of the Global Yoga Ring.

The event had enthusiastic participation from people of different nationalities and age groups. The diverse group of participants included Saudi nationals, Indian community, expats of varied nationalities, diplomats, journalists and others. The event’s chief guest was Ms. Nouf Al Marwaai, head of Saudi Yoga committee, which is Saudi Arabia’s official organization for promoting yoga as a health practice. Ms. Marwaai shared her personal experience regarding the health benefits of Yoga. She encouraged everybody to include Yoga in their daily routine. 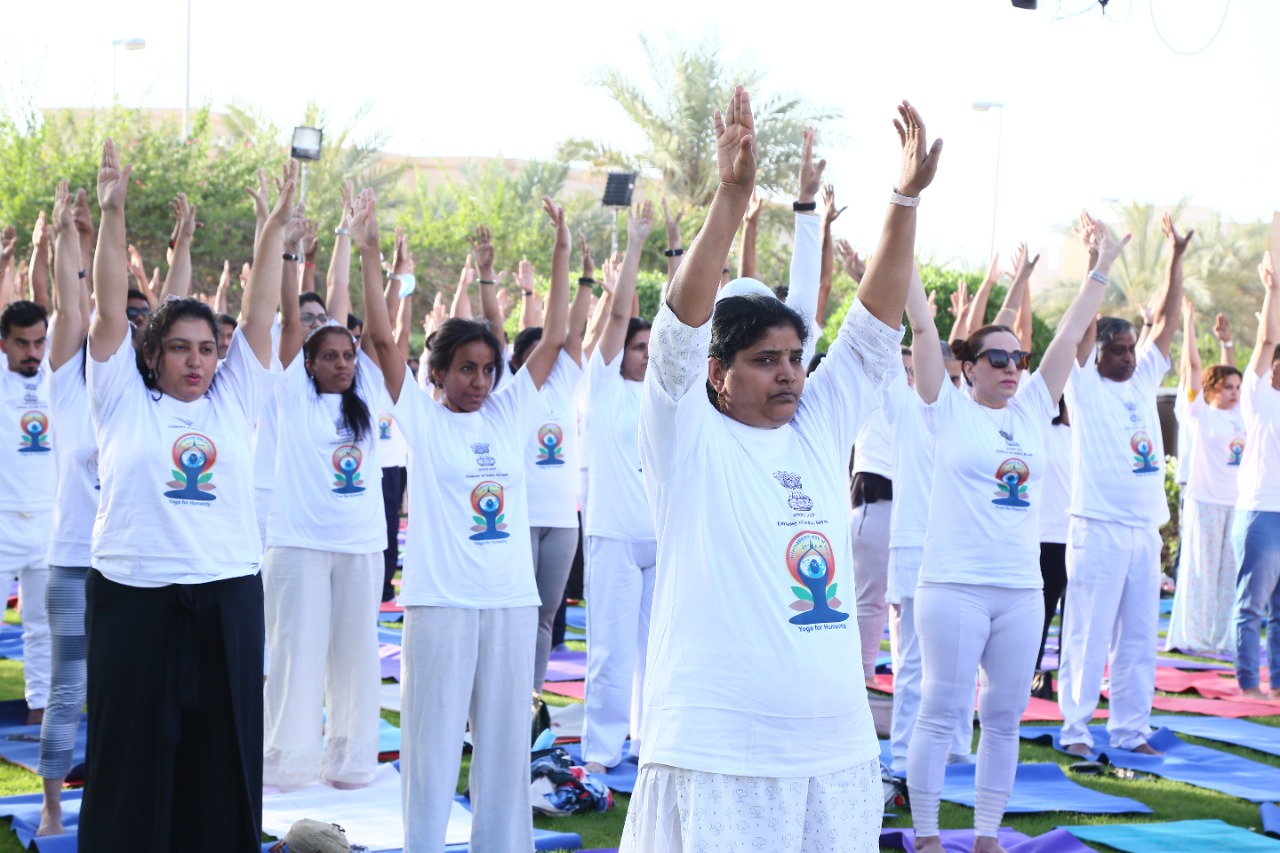 Additionally, Charge d'Affaires of India, Mr. N Ram Prasad also talked about the growing  partnership between India and Saudi Arabia in Health sector while highlighting that yoga  constitutes of an important pillar in this domain as it has become a popular activity in Saudi Arabia.

The event started with a yoga invocation which was followed by the common yoga protocol. The celebration concluded with a yoga pledge and dance choreographed with yoga postures. The participants were provided with fruits and juices as refreshments.

Saudi Arabia has approved the teaching and practice of yoga as a sport in November 2017. Furthermore, Saudi Arabia is the first country in the Gulf region to sign an MoU with Indian institutions for enhancing cooperation in the field of yoga. The Saudi government has also instituted the Saudi Yoga Committee to facilitate yoga teaching in the Kingdom. Recently, Saudi Yoga Committee had also conducted Saudi Arabia’s first Yoga Festival in King Abdullah Economic city. Due to these initiatives, Yoga and other wellness practices have become very popular in the Kingdom. Many Saudi citizens also travel to India frequently for wellness tourism. 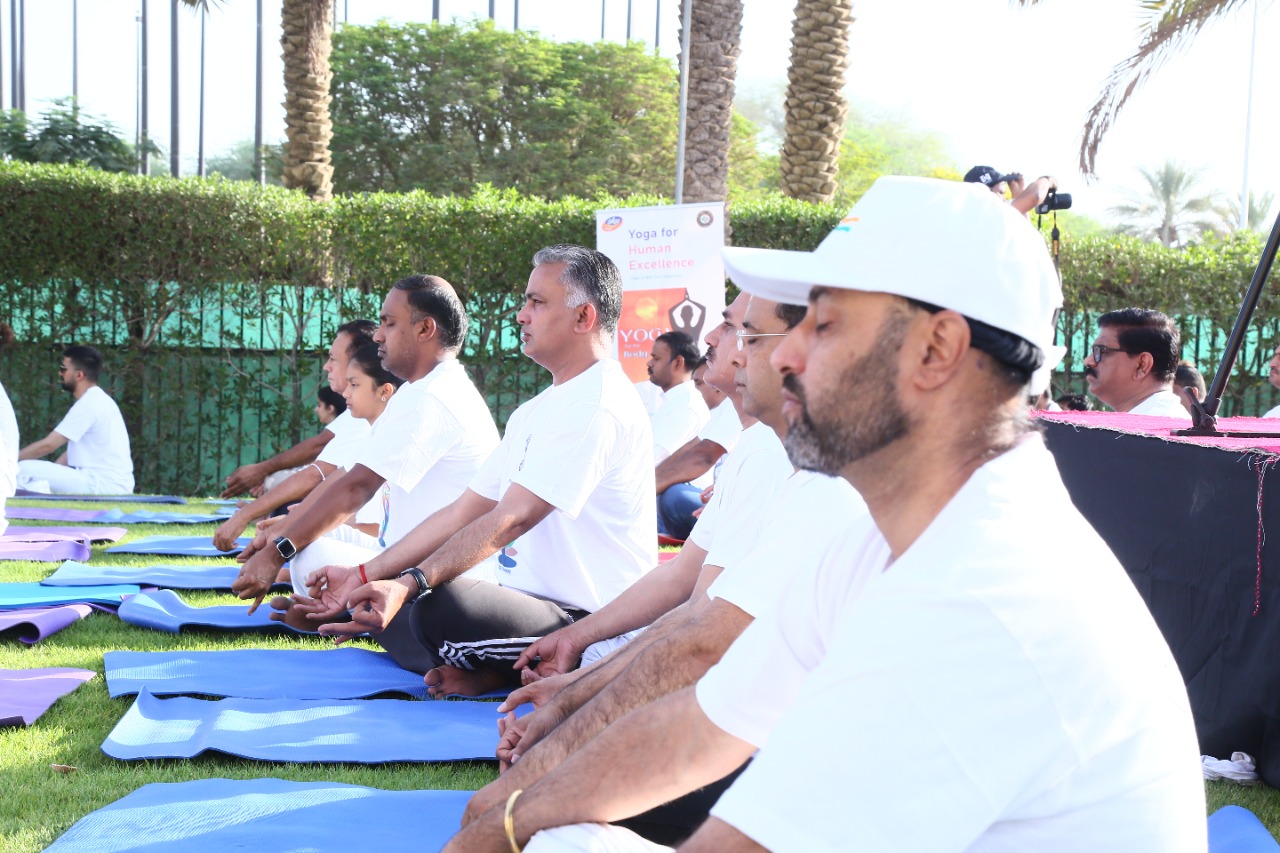