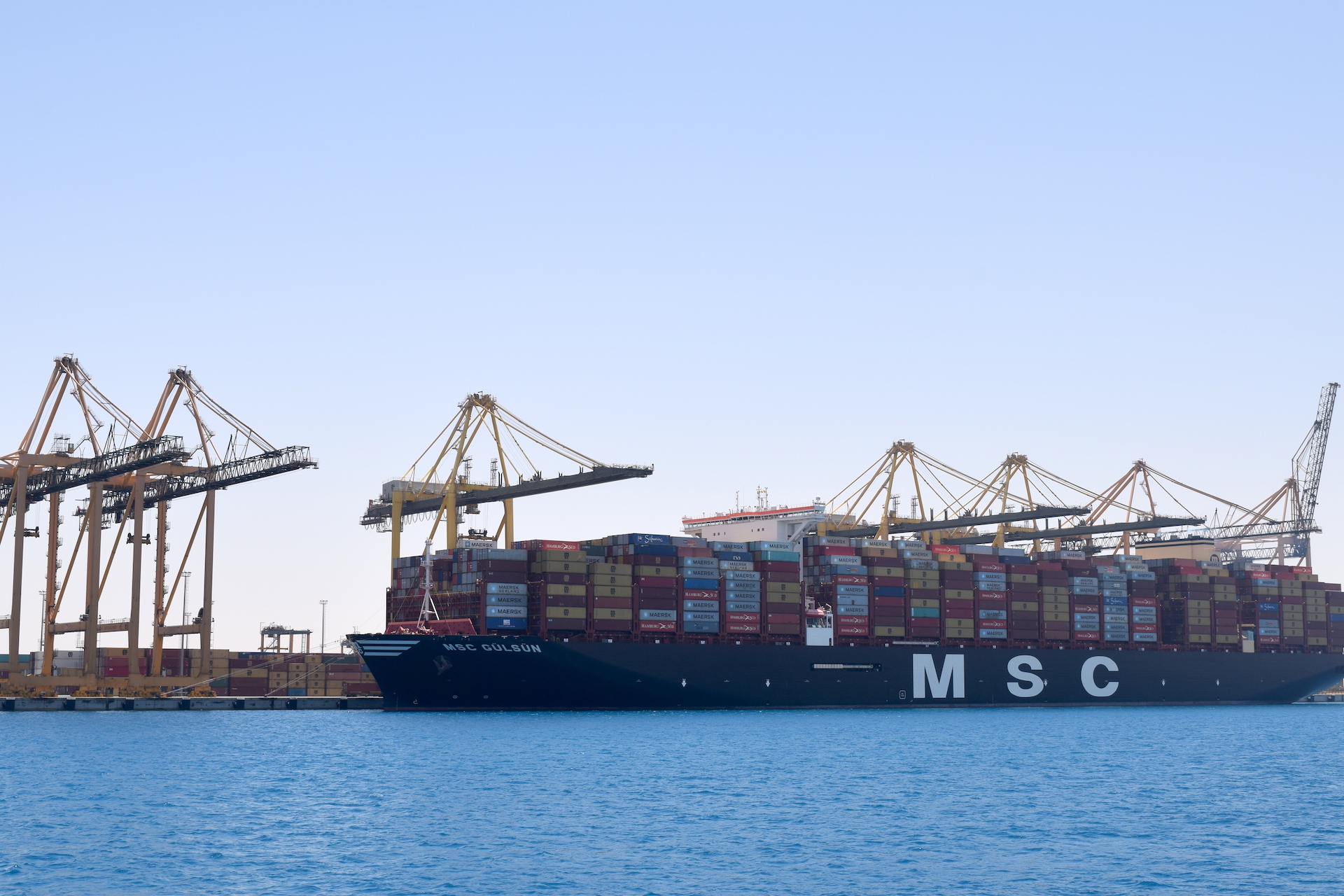 The arrival of such large vessels in one week is a testimony to King Abdullah Port’s capability to serve giant container ships. With its 18-meter deep water berths, the Port is classified among the world’s deepest ports and also is the deepest on the Red Sea.

Meanwhile, Maersk Havana with a requirement of draft on arrival of 16.4 meters also docked at King Abdullah Port in the same week when the three MSC vessels berthed.

The port’s state-of-the-art marine infrastructure and equipment as well as massive storage yard enable it to efficiently handle vessels of any size. King Abdullah Port delivers highest level of productivity and efficiency with average vessel turnaround time of less than 15 hours as it is equipped with the world’s largest and most advanced cranes packed with latest technologies, featuring a lifting capacity of up to 65 tons and the ability to handle 25 container rows.

Located on the Red Sea coast in King Abdullah Economic City, King Abdullah Port with its strategic location on one of the most important global maritime shipping routes, making it an ideal link connecting Asia, Europe, and Africa to each other as well as to other continents. The landmark achievement also confirms the port’s transformation into a major hub for global trade through the main shipping route between the East and the West. It became the second-largest container port in the Kingdom within five years of operation and its annual capacity has reached 5.5 million TEU.

Run by the Ports Development Company, King Abdullah Port is the first port in the region to be fully owned, developed and operated by the private sector. It has been listed as the world’s one of the fastest-growing container port and one of the 100 largest ports globally within first four years of operation. Further, 10 of the largest shipping lines work at the Port to offer integrated services to importers and exporters. King Abdullah Port’s development plan is progressing at a steady pace and it is set to consolidate its place among the leading ports worldwide. Its advanced facilities and proximity to the upcoming bonded and re-export zone and a logistics park provide world-class logistics support for clients and enable them to achieve their desired growth.