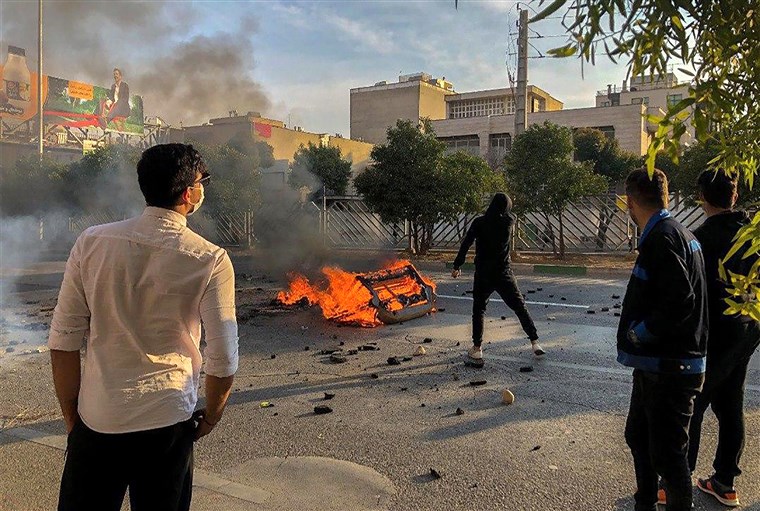 Iran pays tribute to the victims of the latest uprising

In the last week of December, 40 days after the anti-government uprising which repression left dozens of victims, the people of Iran showed a great commotion.

In Shiite culture, the fortieth day after someone’s death is associated with special ceremonies where relatives and acquaintances gather to remember his/her memory. This ritual has become a tradition in Iran.

In mid-November, millions of Iranians took the streets of 190 cities across the country chanting "Death to Khamenei" and "Death to Clerics" while the regime denied everything. The Supreme Leader, Ali Khamenei, ordered the Revolutionary Guards and other repressive forces to open fire at the protesters. According to the latest statistics provided by the People's Mojahedin Organization of Iran (MKO), approved by Reuters’ exclusive report, at least 1,500 people were killed and there are details of 547 victims. The wounded were more than 4,000 and the number of arrested exceeds 1,200.

On December 26, 40 days after the massacre, the Iranians showed a great commotion and turmoil. According to the transcended, the regime has alerted its repressive structures and intelligence agencies under the concern that the ceremony could turn into a bigger demonstration. Therefore, victims’ relatives have been threatened and discouraged to commemorate the deceased, aiming to prevent further protests against the regime.

On the other hand, the MKO asked to pay tribute to the martyrs, showing sympathy towards the compatriots and their families, so all the networks of this organization have been deployed. In addition, activists of the Iran’s are asking society in different cities, to participate in the tribute to victims of November, by writing banners and distributing leaflets.

Some victims’ relatives have also called people to gather for their loved ones. For example, Manouchehr Bakhtiari, father of Puya Bakhtiari, who was shot to death in Karaj, called people to attend the ceremony taking place in Karaj cemetery on 26 January, in commemoration of his son’s death 40 days ago. In an interview with Deutsche Welle, he stated that his martyred son was "not affiliated with any party or any political group".

On December 21, he was asked to meet with the Ministry of Intelligence, who requested him and his wife to celebrate the 40th day of their son's death in an indoor venue such as a mosque. He rejected it and redoubled the bet, proposing to hold the celebration in the Azadi Sports Stadium of Tehran with has capacity for 100,000 people. Of course, the officers denied the request and, three days later, the regime announced the arrest of Puya Bakhtiari's parents.

Some family members of the political victims in the last 40 years have issued a proclamation marking the day of December 26 as a remembrance of the November unrest and paying respect to the dead people of November 2019, calling the crackdown on recent protests as a "crime against humanity".

On December 26, exactly 40 days after the November events, we found out from the news that some family members were getting arrested or they received pressured. At the same time, security measures were set up here and there in the city and the Internet access in some parts of Iran was cut off.

On Wednesday, an informed source at the Iranian Ministry of Communication and Information Technology told ILNA that "with the command of the security authorities", international traffic on mobile phones in Alborz, Kurdistan, Zanjan and Fars provinces had been cut. This meant that cellular communication in these provinces with overseas was off. According to the source, there was an increase in the number of provinces with international traffic cuts on cell phones.

According to the same news agency, in the morning of Wednesday December 25, the Internet in Shiraz was also experiencing problems and users could hardly get access to websites and social networks such as WhatsApp and Instagram. ILNA removed the news rapidly after it was posted. The city of Shiraz was one of the cities where the protests had been intensified during the protests of November.

There have also been reports of escalating security in some parts of the capital and the presence of anti-riot police forces, especially in Enghelab Square in Tehran.