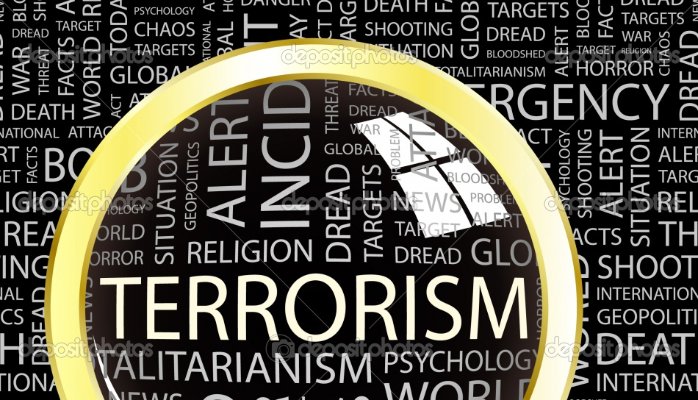 Europe well remembers when Hitler activated extensive lobbying across Europe to thwart Britain's countermeasures. They held placards of "Stop the War," "We must not fight the Reich,", etc. which meant let the Reich government prepares for war. After a large history of fights for democracy and human rights, and two world wars, Europe cannot make the same mistake. Today, Europe confronts political and security challenges which remind 1939, Mullahs’ rule in Iran.

Terrorism has never been considered an incident in the Iranian regime's diplomacy apparatus but has been used as a way to advance the geopolitical, political and economic goals of the regime in Tehran. The Iranian regime uses murder, repression, torture, and execution inside Iran to maintain its sovereignty. In order to advance their goals and achieve regional power, they present the same logic inside Iran in the form of terrorism in abroad. Of course, the democratic apparatus in the West and free media activity are also a way for the supreme leader to advance the same goals and broadcast the propaganda of the regime in Tehran.

In the past few days, news around the Iranian regime's terrorism issue has set a new level. Reuters first reported that Belgian police were threatened by an arrested Iranian diplomat terrorist. Assadullah Asadi, an imprisoned Iranian diplomat for his part in the foiled terrorist attack on the annual gathering of the National Council of Resistance of Iran (NCRI), has threatened Belgian police that armed groups in Iran, Yemen, Iraq, Syria, Lebanon and even neighbouring countries are ready to retaliate if the court issues an unfavorable verdict against him, according to Reuters observations from police documents. In another report, Le Monde reports that Iranian diplomat threatened Belgian police, witnesses and sympathizers of the Mojahedin Khalq Organization (PMOI/MEK) as considered targets of retaliation. Referring to parts of Amir Saadoni's confessions, De Standard made it clear that infiltration and espionage operations has been initiated before 2012, and that the bombing was the last stage of a long program.

De Standard quoted the Belgian prosecutor's office as adding that the operation was carried out under the name and impulse of Iran and could not be a personal initiative by Assadullah Asadi. Le Soir points to the dimensions of the case, and raises the question of how the trial of a person arrested red handed for a crime and tones of evidences of his involvement in a state crime can still pose a major risk to Europe and Belgium. Finally, Demorgan quoting the National Council of Resistance of Iran and writes, we see that not only Asadi, but also the National Security Council of the Regime, headed by President Hassan Rouhani, supreme leader of the regime, Ali Khamenei, the Ministry of Intelligence under Mahmoud Alavi, and the entire regime's diplomacy apparatus under Javad Zarif are involved in this case. Maryam Rajavi, the president-elect of the National Council of Resistance of Iran (NCRI) has proven the involvement of the regime in documents provided to the court.

Unfortunately, we have not yet seen an official position from any European and EU governments in this regard. How many others, such as Assadullah Asadi, are present at the regime's embassies in Europe? What sabotage programs do they have? Even the Regime's Embassy in Vienna, where Asadi was enrolled, continues to operate. What can the regime's embassies across Europe plan for a wide network of dangerous criminal groups under the ears of Europe? Why hasn't even a regime embassy been closed yet?

What is clear is that the EU's passive policy towards Iran has been somewhat harmful and damaging to the European dignity that an imprisoned terrorist dares to threat Belgian authorities. Such threatening comments by the Iranian regime are not a new phenomenon, the regime in Tehran does not hesitate to deploy this tactic wherever it gains from this logic, both inside Iran and abroad. But the problem raises when a state, a country, or a person steps back against this logic. In that case, he must go back until seeing himself kneeling before the Velayat-e faqih (Supreme leader).

Europe must re-assert its dignity and adopt a firm policy towards the Iranian regime. Assadullah Asadi has threatened that his conviction will lead to geopolitical changes. Europe is also familiar with this issue and understands its dimensions as well. When, in 2003, Mrs. Maryam Rajavi and members of the National Council of Resistance of Iran were arrested for their activities to change the Iranian regime, the charge of attempting to change the geopolitics at that time was brought against the Iranian opposition group, and now Asadi, by repeating the same codes, put the exact address of the changes ahead in Iran on the European table.

Under the guidance of Maryam Rajavi and her 10-point plan, the National Council of Resistance of Iran (NCRI) is a decisive response against Islamic fundamentalism and clerics rules. The recognition of the Iranian Resistance by the European Union reflects Europe's determination against terrorism and the naked repression of the Regime in Tehran, showing that After centuries of struggle for freedom and democracy, Europe recognizes the sovereignty of the people and uses all means to support democracy, freedom and secularism.