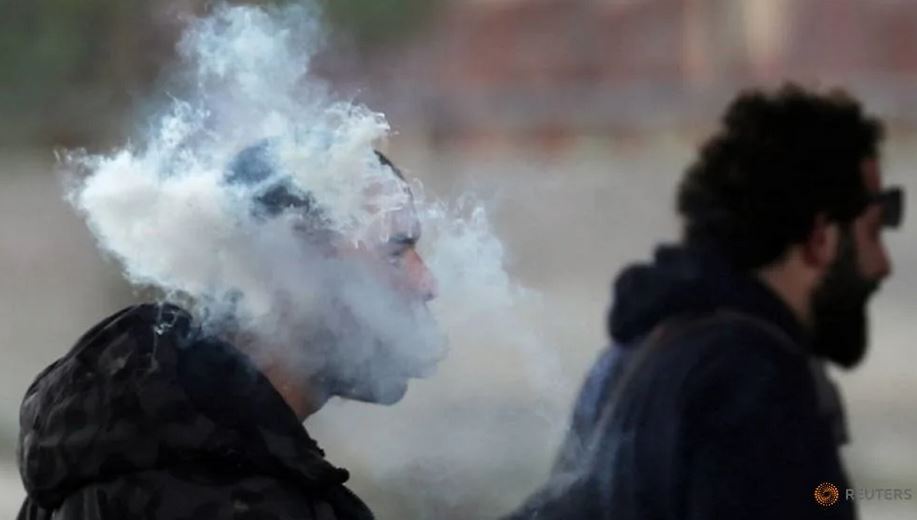 Adults who smoke cigarettes may have an easier time cutting back or quitting altogether if they start vaping, but a new French study also suggests that vaping may make ex-smokers more likely to relapse.

"Among adults, electronic cigarette use by never smokers is extremely rare - most users are smokers who want to quit or reduce their tobacco consumption or former smokers who want to prevent a relapse," said Ramchandar Gomajee, lead author of the study and a researcher at Sorbonne University in Paris.

Gomajee and colleagues followed 5,400 smokers for an average of 23 months, including 822 people who also reported daily use of e-cigarettes. Vapers smoked more traditional cigarettes a day - 11.2 compared with 9.8 on average.

By the end of follow-up, however, vapers cut back more on daily cigarettes - eliminating 4.4 a day compared with 2.7 for non-vapers. And vapers were also 67per cent more likely to quit smoking.

Separately, researchers also followed 2,025 former smokers for an average of 22 months, including 176 who reported regular e-cigarette use. Vapers were 70per cent more likely to resume smoking traditional cigarettes during the study than ex-smokers who had quit without vaping.

The study wasn't a controlled experiment designed to prove whether or how vaping might impact smoking habits for users of traditional cigarettes. And, the study also wasn't designed to test the safety or effectiveness of e-cigarettes as a smoking cessation aid.

Another limitation is that researchers lacked data on the reasons people used e-cigarettes, making it impossible to determine whether smoking cessation or reduction of daily cigarette use was a goal of people who vaped, researchers note in JAMA Internal Medicine.

Big U.S. tobacco companies are all developing e-cigarettes. The battery-powered gadgets feature a glowing tip and a heating element that turns liquid nicotine and flavorings into a cloud of vapor that users inhale.

When e-cigarettes contain nicotine, they can be addictive like traditional cigarettes. Even without nicotine, earlier research suggests that flavorings and other ingredients in e-liquids used for vaping could be linked to serious breathing problems.

A big question about e-cigarettes, namely, whether they're safe or at least safer than traditional cigarettes, isn't answered by the current study.

"E-cigarettes do not have the same level of known carcinogens as cigarettes, so they are safer in this respect," said Thomas Wills, a researcher at the University of Hawaii Cancer Center in Honolulu who wasn't involved in the study.

"However, in the last three years a lot has come out on other side effects," Wills said by email. "There are now 15 studies showing a linkage of e-cigarette use to respiratory disease (asthma and COPD) in both adolescence and adulthood ... so it's difficult to argue seriously that e-cigarettes are safe from a health standpoint."

Smokers who want to quit should try other cessation aids like nicotine replacement patches or Chantix, a prescription smoking cessation drug, before attempting to quit aided by e-cigarettes, Wills advised.

While some people do achieve long-term cessation with the help of e-cigarettes, this is a small fraction of smokers, said Stanton Glantz, director of the Center for Tobacco Control Research and Education at the University of California San Francisco.

"E-cigarettes should not be recommended for smoking cessation," Glantz, who wasn't involved in the study, said by email. "Dual use is more dangerous than smoking alone, which is an important and under-appreciated effect."