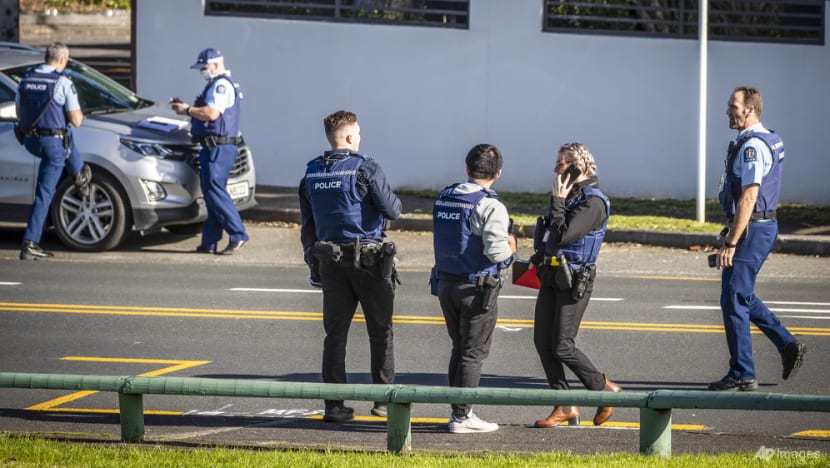 4 people wounded by man on stabbing rampage in New Zealand

Four people were wounded on Thursday (Jun 23) after a man went on a stabbing rampage in New Zealand's biggest city Auckland, authorities said.

Local media reported that the incident occurred in Murrays Bay and neighbouring Mairangi Bay on the city's North Shore.

Police District Commander Superintendent Naila Hassan said that the suspect in the attack had "quite a large" knife, and was in custody.

“This was an extremely fast-moving incident, where our police staff responded quickly, apprehended the offender and prevented further harm to our communities,” Hassan said.

Hassan also praised members of the public who "acted with extreme bravery", according to New Zealand's 1News.

“A number of members of the public were following him and eventually one of them intervened as he approached (Mairangi) Bay," she said at a press conference.

“They apprehended this offender and brought the incident to its conclusion."

She also confirmed reports that a member of the public had used a crutch to stop the man.

The New Zealand Herald reported that the man is now in hospital with moderate injuries.

No motive for the attack was immediately apparent.

New Zealand was the site of two violent stabbing rampages at supermarkets last year. One was considered a terror attack while a judge that found no motive could be attached to the other attack.

Last September, an extremist inspired by the Islamic State group stabbed five people in an Auckland supermarket before police shot and killed him. Three of those he stabbed were critically injured and two other people were also injured in the melee, but all survived.

And in May last year, shoppers and staff at a Dunedin supermarket managed to stop a frenzied man from hurting others after he stabbed four people in a random attack, severely wounding three of them.

The Dunedin attacker, 43-year-old Luke Lambert, was convicted on four counts of attempted murder and sentenced to 13 years in prison.