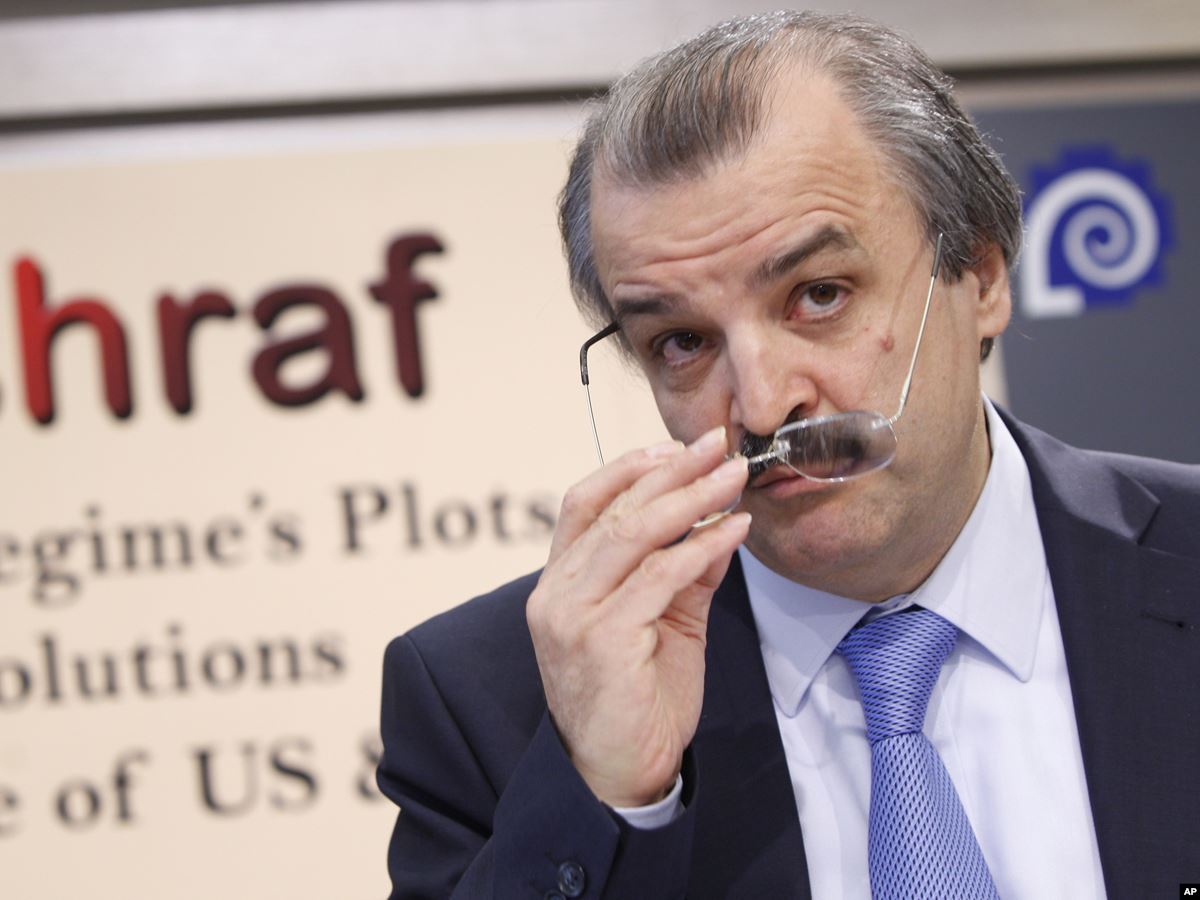 The Iranian regime's recent actions in sabotaging oil tankers off the shores of the UAE, the attack on Saudi oil facilities, and rocket launches aimed at the US embassy in Iraq are the desperate acts of a regime on its final legs. Stuck in a quagmire of internal crises coupled with international isolation, the regime is resorting to frantic actions that will only accelerate its downfall.

The regime in Iran is spiraling downward in an all-out "collapse crisis", which is due to the three following elements:

1. Iranians are on the verge of an uprising

Forty years of corruption and plunder have destroyed Iran's economic infrastructure and led to poverty, inflation and environmental disaster. Iran’s first vice president, Eshaq Jahangiri was quoted as saying on Nov 29, 2018: “Iranian society is like a gas chamber waiting for a spark to erupt.” The repressive measures imposed on the public, in particular, the younger generation, and the systematic discrimination against women and various ethnic and religious minorities exacerbated the situation, leading to rising unrest and protests throughout society.

“The dissatisfaction of the people at the present time is the greatest threat to the system and is far more important and dangerous than a foreign threat” the chairman of the Tehran’s City Council, Mohsen Hashemi was quoted as saying on May 20, 2018.

On May 21, 2019,  Kavakebyan, MP,  in an official session of the country’s Majlis, said:  "Corruption, Corruption, Corruption. It is so rampant that people say these sanctions do not have much impact on the economy, but the money laundering, corruption and accumulation of wealth have more negative effects than sanctions.”

2. A viable and strong opposition exists

The coalition of the National Council of Resistance of Iran (NCRI), with the People’s Mojahedin Organization of Iran (PMOI / MEK) as its backbone, is a democratic and powerful alternative that plays and has the greatest impact and role on the ongoing domestic and international developments. Following the successful transfer of its members from Iraq where they were under constant rocket and terrorist attacks by the Iranian regime’s proxies, the PMOI has focused and redoubled efforts to affect change in Iran. The PMOI is famous for its steadfast opposition to the ruling regime. Due to its popularity among the people of Iran over the past 40 years and despite the execution of 100,000 of its members and sympathizers, and also being the targets of terrorist attacks and all sorts of political ploys, the PMOI has managed to uphold its effectiveness and influence in the society. On January 9, 2018, the clerics’ supreme leader, Khamenei, described the PMOI as the third side of a triangle, the United States and Saudi Arabia being the other two sides, which creates all the unrest in the country. In a rare and non-diplomatic act on January 2, 2018, in a phone call to the French president, Rouhani said that the PMOI was the prime cause of the unrest in Iran and urged the French president in vain to restrict them in his country.

The Information Minister, Mahmmoud Alavi, on 19 April 2019 claimed his ministry alone had arrested at least 116 teams affiliated to the PMOI last year and the Director General of East Azarbijan Information was quoted as saying “Mojahedin had been growing and expanding far more than before, and 60 of them have been arrested in this province alone.”

The terrorist and defeated plots of the clerics against the PMOI in France, Albania and the United States, which had demoralizing political consequences for the regime, were other desperate acts of the regime on its final leg.  The clerics were hoping to counter the organization's efforts to overthrow them. The massive campaign staged to demonize the PMOI, confirms the very fear the clerics feel from their main opposition, the People’s Mojahedin of Iran.

Over four decades, western governments have provided a great service to the mullah’s regime. Former US administrations have unwittingly helped save this regime, in its most critical turning points, so that the real winner of the wars in Kuwait, Afghanistan and Iraq in 1991, 2001 and 2003 was no other than the mullahs ruling Iran. The two former US administrations opened the doors of Iraq to the mullahs’ regime, during one of the most destructive policies that paved the way to give total control over Iraq and Syria to the Iranian regime without the latter paying any price. They closed their eyes on the regime’s ambitious incursions and hesitated in the face of the latter’s nuclear projects. They listed the PMOI in 1997 as a foreign terrorist entity, in 2003, on demand by the mullahs and in violation of all international covenants, they bombed the PMOI in Iraq and subsequently disarmed the organization. In 2009 in spite of written commitments, they abandoned PMOI members to the mercy of Iraqi Prime Minister Noori-al-Maleki’s mercenaries, leading to seven blood baths and 177 lives lost.

So the most important element that has saved the mullahs’ regime from overthrow has been this policy of appeasement. The current US administration’s policy which wants an end to the mullahs’ nuclear program as well as their export of terrorism, regional warmongering and missile programs is clearly suffocating the regime.

Were it not for the past appeasement policy, the medieval regime would not be in a position to fend off Iranian people’s protests and uprisings, and it would have never been in a position to strengthen its grasp on Iraq, Syria, Lebanon and Yemen or to intervene in the regions’ countries. In fact, it would have been overthrown by the Iranian people long before. Everybody remembers 2009, when millions of Iranians wanted regime change but the US president was seeking a handshake with Khamenei and Ahmadinejad. Khamenei reminded all last week that during that period he was receiving one kind letter after another from the US president.

The three above points form the regime’s deadly crisis. There are two possible scenarios to this crisis, with each more dangerous than the other.

• One way out would be to strategically abandon policies of warmongering and terrorism, completely quit Iraq, Syria, Yemen and Lebanon and put an end to its nuclear and missile programs. This course would mean nothing less than the total surrender of the Velayat-al-Faghih (the basis of this regime) and would lead to popular uprisings dismantling the regime in its totality. The religious dictatorship is not capable of reform, and any real and serious reform would lead to its downfall. Khamenei has repeated time and again that change of behavior has no other meaning than regime change.

• Another scenario is further hardening and hostility towards the international community, continuing its current destructive policies and preparing for clashes and war, painting a very dark perspective for the regime.

Either way, the mullahs’ regime does not see anything other than its own oncoming doom and so it has pursued a policy of buying time since long ago. It hopes to keep low and let the current wave pass, without responding to any US conditions, until US elections in 2020. But it seems this policy has run out of road as the regime is no longer able to bear the consequences of sanctions for 18 more months and it has no guaranty whatsoever that at the end of this period there would be a change in the US administration. More importantly, it does not have the power to contain the explosive social situation in Iran and the further advance of the opposition.

Changes in the command hierarchy of the Islamic Revolutionary Guards Corps (IRGC) and placing three of the most notorious members (Salami, Fadavi and Naghdi) in leading positions, as well as designation of mullah Raissi, who in the past undertook the mass execution of 30 thousand political prisoners, as Chief Justice are measures in preparation for facing the regime’s final phase. This is the other side of the coin of blowing up ships in Fujaira and Saudi oil installations as well as launching rockets at the US embassy in Baghdad.

Everything shows that the struggle between the Iranian people led by their resistance movement with the mullahs’ regime has entered its final phase. The world community especially the US and the EU should, by choosing a firm policy, deny this regime the time to further murder the Iranian people and undertake terrorism and warmongering abroad.