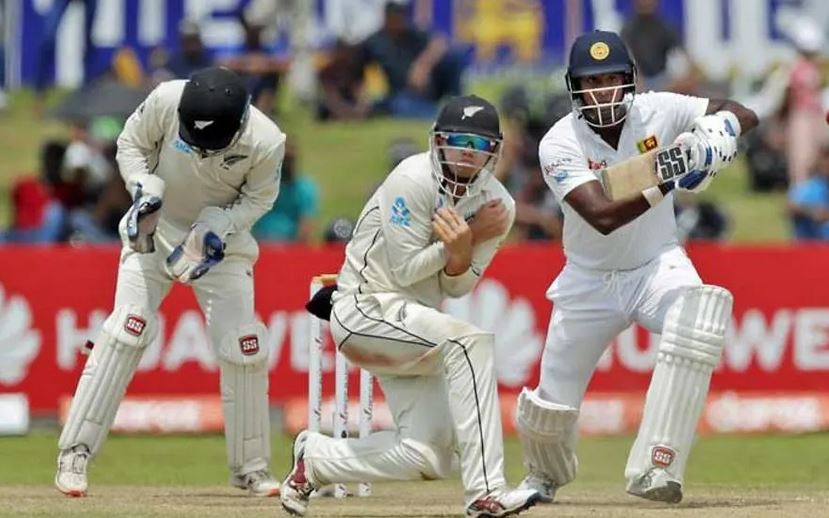 Labuschagne was not confirmed as playing until Sunday morning when Australia star Steve Smith was ruled out with concussion, having been hit by a Jofra Archer bouncer during his 92 on Saturday.

Previously, a substitute would only have been permitted to field.

But this series is the first in the ICC's inaugural World Test Championship featuring new rules that allow replacement players to bat or bowl if they are covering for concussed team-mates.

Labuschagne, in just his sixth Test, responded to his late call-up by top-scoring with 59, having been hit on the grille of his helmet second ball by a 91.6 mph Archer bouncer, in Australia's eventual second-innings 154-6.

"He got hit hard in the face second ball and I thought he showed great character, great skill and technique."

England pressed hard late on to level the series at 1-1 after captain Joe Root declared to set Australia a stiff target of 267 in 48 overs following Ben Stokes's 115 not out.

It seemed the match was destined for a draw, with Australia 132-3 after tea in a Test where five sessions were washed out and rain also delayed Sunday's start by over an hour.

But Australia, who won the first Test at Edgbaston by a huge margin of 251 runs, lost three wickets for 17 runs to give England renewed hope.

Fast bowler Archer took 3-32 to finish with five wickets on his Test debut, with Leach returning figures of 3-37.

"I think it was important that we bounced back strongly and I think we've certainly done that," said Root.

Given the short turnaround, Smith, out for under a hundred for the first time this series on Saturday, could now miss the third Test in Leeds starting on Thursday.

His absence would be a huge blow to Australia, bidding for their first Ashes series win in England in 18 years, given he made 144 and 142 at Edgbaston in his first Test since completing a 12-month ban for his role in a ball-tampering scandal in South Africa.

"I'm not sure about Headingley," said Paine.

"He (Smith) will need to improve, there's no doubt about that. Hopefully for our sake he does."

"It is brilliant to have someone like that in the team," said Stokes of Archer as he recalled the 24-year-old paceman's rapid spell on Saturday.

"He bowled a nine over spell at 90mph-plus. It was frightening. I would much rather have him on our side."

The first over after tea saw struggling opener Cameron Bancroft (16) plumb lbw to a Leach ball that kept low, with Australia 47-3.

But it seemed any hope of an England win had disappeared when Jason Roy dropped a routine chance at second slip to reprieve Travis Head on 22. Head was 42 not out at stumps.

But Labuschagne fell when his sweep off Leach deflected off Jos Buttler at short leg before looping to Root, diving forward at midwicket.

The onfield 'soft signal' was out and third umpire Joel Wilson upheld that verdict to the disgust of Labuschagne.

Leach then had Matthew Wade (one) taken at short leg before Joe Denly held a sensational diving left-handed catch at midwicket to dismiss Paine following a full-blooded pull off Archer.

But with the natural light fading, the umpires appeared to instruct Root not to bowl Archer even though the floodlights were on -- effectively depriving the Sussex quick of two overs.

Stokes slog-swept off-spinner Nathan Lyon for two sixes in as many deliveries on the way to a 160-ball century, his seventh in Tests and second against Australia.