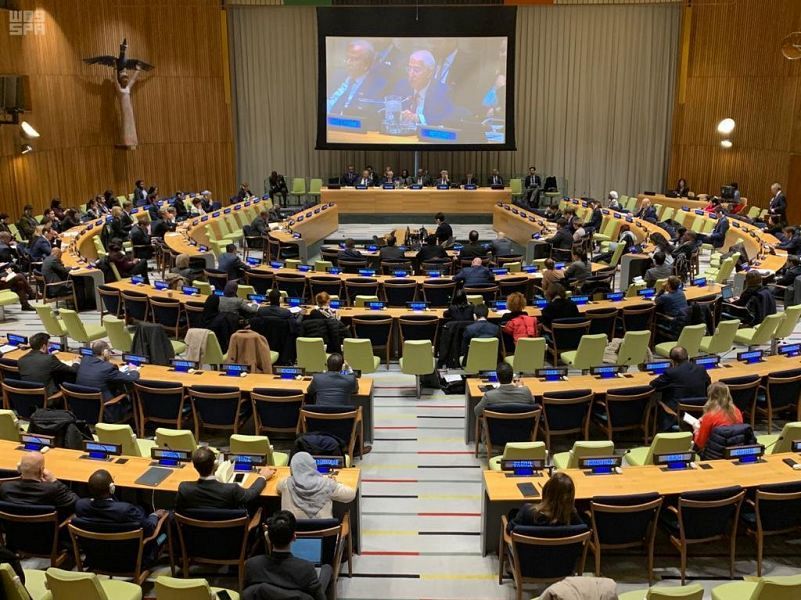 Saudi G20 Sherpa: “Saudi Arabia will strive to build consensus and deliver concrete results on issues that are critical for all people”

In an informal session, attended by representatives from the member states of the United Nations (UN), the Saudi Sherpa introduced the theme, aims, and main priorities of the Saudi G20 Presidency in 2020.

The session started with remarks by the President of the UN General Assembly, and the Under-Secretary-General of the UN; in which they welcomed the Saudi Sherpa and looked forward to a successful G20 Summit in Riyadh.

Before giving a broad overview of the agenda, the Sherpa emphasized the links among the Saudi G20 program, the UN’s 2030 Agenda for Sustainable Development, and the Kingdom’s Vision 2030.

He highlighted that, under the guidance of the Custodian of the Two Holy Mosques King Salman bin Abdulaziz Al Saud and His Royal Highness Prince Mohammed bin Salman bin Abdulaziz, Crown Prince, Deputy Prime Minister and Minister of Defense, the 2020 G20 Agenda development process was conducted in an inclusive and comprehensive way in order to reflect the issues that are most important for the whole world.

The Saudi Sherpa also emphasized the complementary nature of the G20 and the UN as key international mechanisms for promoting international cooperation, saying that the G20 provides momentum and policy guidance where needed.

In his speech, the Sherpa talked about the G20 main objectives for 2020. He explained that, under the theme of “Realizing Opportunities of the 21st Century for All,” the Saudi G20 Presidency will focus on three aims:

- Empowering People, by creating the conditions in which all people —especially women and young people — can live, work and thrive.

- Safeguarding the Planet, by fostering collective efforts to protect our commons, especially on the topics of food and water security, climate, energy, and environment.

- Shaping New Frontiers, by adopting long-term bold strategies to utilize and share the benefits of innovation and technological advancement.

During the briefing session, he also presented the priorities that will be at the center of the G20 discussions under the Saudi G20 Presidency and gave details about the global challenges that the G20 countries can address jointly to achieve economic growth and sustainable development.

“Since many of the challenges before us are global in nature, no country can effectively address them alone” he stated, adding that “we have a shared interest and a shared responsibility to work together to realize opportunities of the 21st century for all.”

The Sherpa will continue his global outreach to engage the international community in the G20 efforts throughout the year and will join other high-level meetings representing the Saudi G20 Presidency.

Further information about the G20, including the Presidency Agenda and full program of events, can be found at www.g20.org