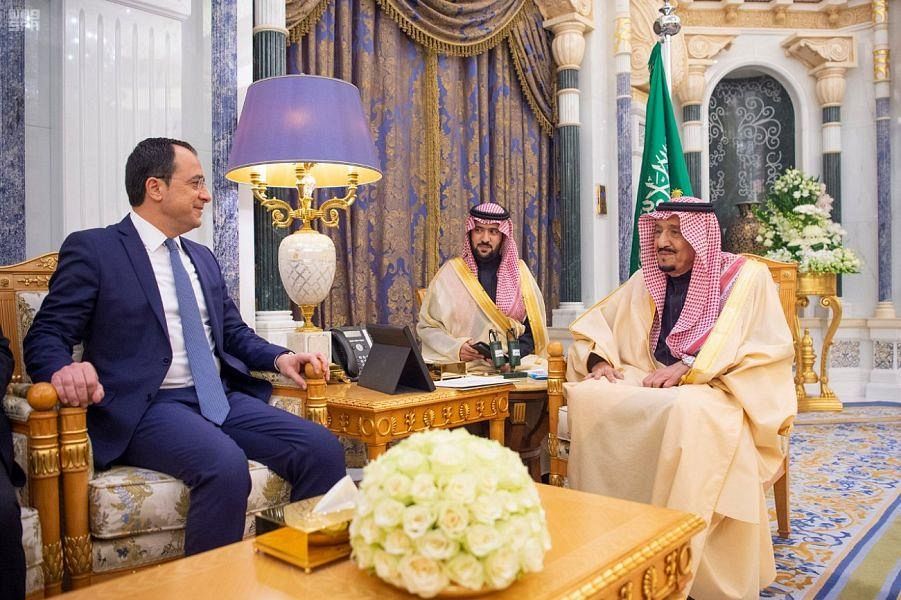 At the outset of the reception, the Foreign Minister conveyed greetings of President Nicos Anastasiades of the Republic of Cyprus to the Custodian of the Two Holy Mosques, while the King sent his greetings to him.

During the reception, they discussed ways of enhancing bilateral relations between the two countries and regional and international issues of common interest.