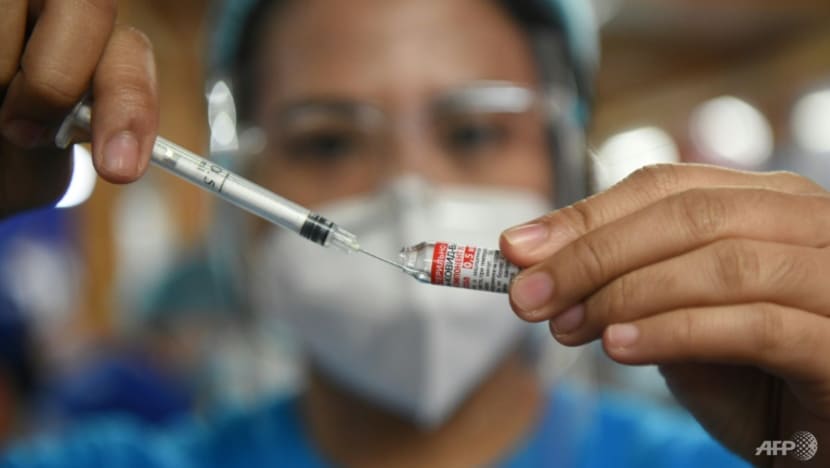 Philippines approves COVID-19 jabs for children as young as 12

The Philippines has approved COVID-19 jabs for children as young as 12, an aide to President Rodrigo Duterte said on Tuesday (Sep 28), as the country battles surging infections fuelled by the hyper-contagious Delta variant.

Duterte's government has been skewered over the glacial rollout of vaccines, with just over a quarter of the adult population fully vaccinated nearly seven months after the first doses were delivered.

The daily case rate has soared, often exceeding 20,000, with hospitals struggling to handle the influx of patients as vaccine supplies dribble into the country.

Inoculating children is seen as a key step towards reopening schools in the Philippines, which is one of the few countries in the world to have kept them shut since the start of the pandemic.

The government recently announced plans for a pilot reopening of 120 primary and high schools, but few details have been released.

Children will be allowed to receive the jabs from next month, presidential spokesman Harry Roque told reporters, as the vaccination drive is widened to include all adults not previously prioritised for shots.

The Philippines' food and drug regulator recently approved the Pfizer and Moderna jabs for children aged 12 and above.

The move follows other countries such as Britain, the United States and Australia in approving specific jabs for adolescents.

The World Health Organization is still conducting trials on vaccinations for children and has only recommended that adolescents at high risk of contracting COVID-19 receive Pfizer shots.

Although children are considered less at risk of severe infection, there are concerns that the highly contagious Delta variant could lead to more serious cases.

The government has previously set a target of vaccinating 70 per cent of adults by the end of the year. In the national capital region more than 72 per cent are fully protected, Roque said.

In a pre-recorded speech broadcast Tuesday, Duterte said people refusing vaccines could be forced by police to get inoculated.

"If everybody does not comply with the vaccines ... then the police must go in and intervene in your private life so that you cannot be a danger to society," he said.