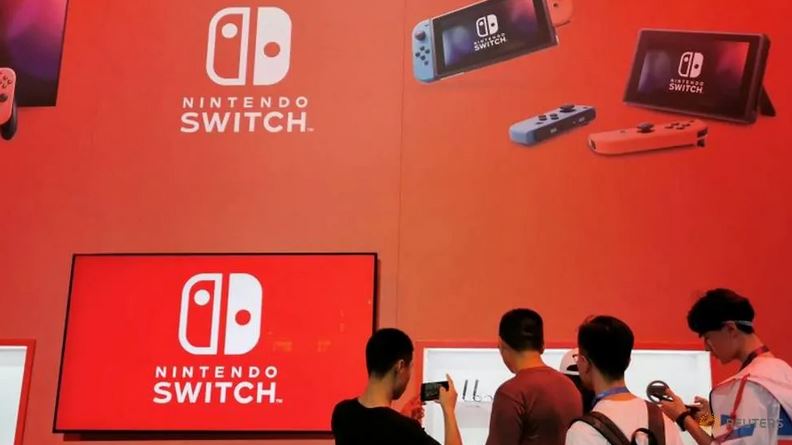 Nintendo ships one million Switches in China since late-2019 launch

Nintendo has shipped 1 million Switch consoles in China since it launched the device in the world's largest video games market at the end of 2019, its Chinese partner Tencent Holdings said on Monday (Jan 11).

The Japanese company launched its Switch console in China in December 2019 in partnership with distributor Tencent, China's biggest video games and social media company, in a drive to expand the reach of the home-portable device.

The official figures released by Tencent suggest Nintendo has surpassed Microsoft and Sony as the country's biggest console device seller, according to consultancy Niko Partners.

The 1 million sales figure is bigger than the combined sales of Sony's PlayStation 4 and Microsoft's Xbox One over the same period, said Niko Partners analyst Daniel Ahmad.

While early sales were hampered by a limited number of available games and the onset of the COVID-19 pandemic in China, they were later boosted by the August release of popular home exercise game "Ring Fit Adventure" in the country.

A Tencent spokesman called the sales of the 2,099 yuan (US$323) units "a good start", and said "the games published on Nintendo Switch (China-Exclusive Version) have been well received by the market".

Console games are still considered a niche market in China, the world's biggest video games market, where most of the focus is on mobile games.

The country banned console games until 2014, with consumers only able to access them via the grey market.

Switch consoles sold in China are locked and buyers can only play games that are approved by regulators. Tencent has released 13 games for the China Nintendo Switch so far, but hits such as "The Legend of Zelda: Breath of the Wild" and "Animal Crossing" have yet to be green lighted.

Niko Partners forecasts China's console market revenue will reach US$2.15 billion in 2024, double that of 2019, due to the success of Switch and the next generation console launches. Most games published for the China Nintendo Switch are from local developers, said Niko's Ahmad.

"China is important to Nintendo because the country does not yet have a console culture in the same way that the US or Japan does, which represents a growth opportunity for the company."