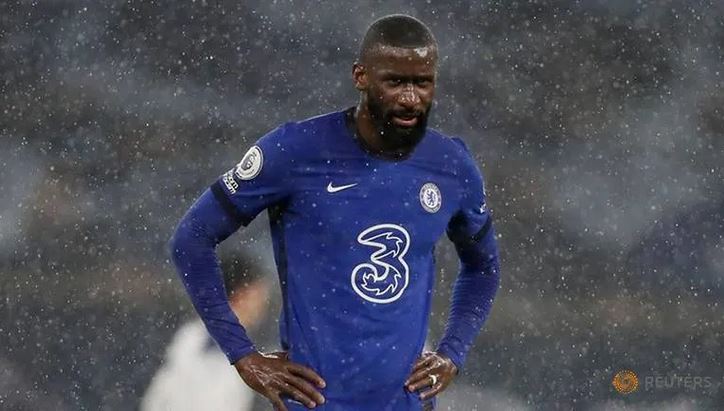 Chelsea centre back Antonio Rudiger was dismissed early from a training session on Sunday (Apr 4) after he clashed with goalkeeper Kepa Arrizabalaga, the Telegraph reported.

The report said the pair squared up to each other after Rudiger went in late on the goalkeeper and that they had to be separated by team mates. The defender was then sent to the changing room five minutes before the end of the session.

Reuters has requested a comment from Chelsea, who suffered a shock 5-2 defeat by second-from-bottom West Bromwich Albion on Saturday, ending the club's 14-game unbeaten run in all competitions under Thomas Tuchel.

Chelsea, who are fourth in the Premier League, next play Porto in the first leg of the Champions League quarter-finals on Wednesday in Seville.