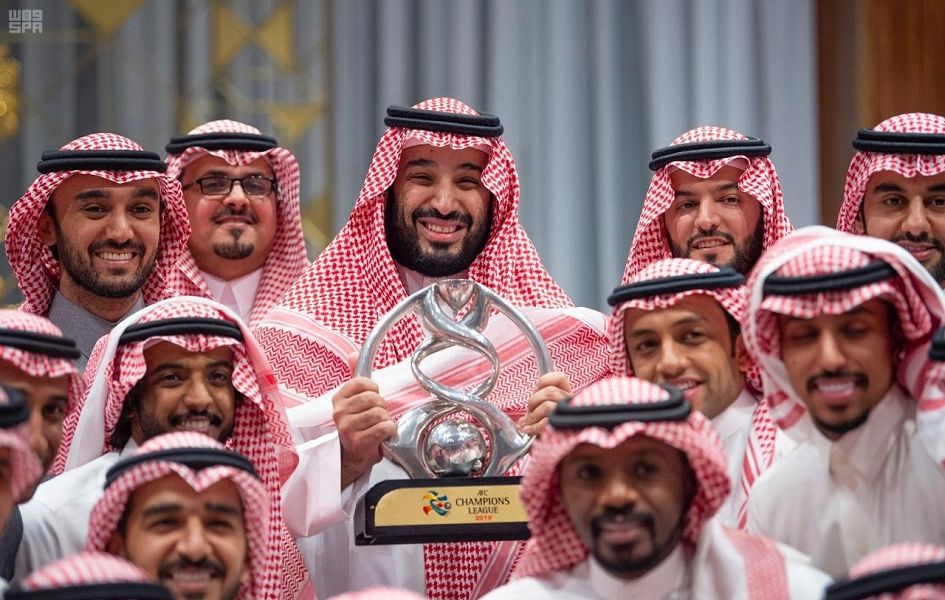 His Royal Highness Prince Mohammed bin Salman bin Abdulaziz, Crown Prince, Deputy Prime Minister and Minister of Defense, received here today Prince Abdulaziz bin Turki Al-Faisal, the Chairman of the General Sports Authority, his top aides, the President of the Saudi Arabian Football Federation, the Chairman and members of the board of Riyadh-based Al-Hilal Club, the club's managerial and technical staff and players, on the occasion of winning the Asian Championships Cup and duly qualified for the next coming World Football Clubs Cup.

HRH Crown Prince congratulated the staff and the players of Al-Hilal for this national achievement as they have appeared in a way that made them a pride for their motherland, during the championships and qualifying for the World Football Clubs Cup, pointing out the importance of continuity in exerting further efforts to raise the name of the Kingdom, at all international forums.