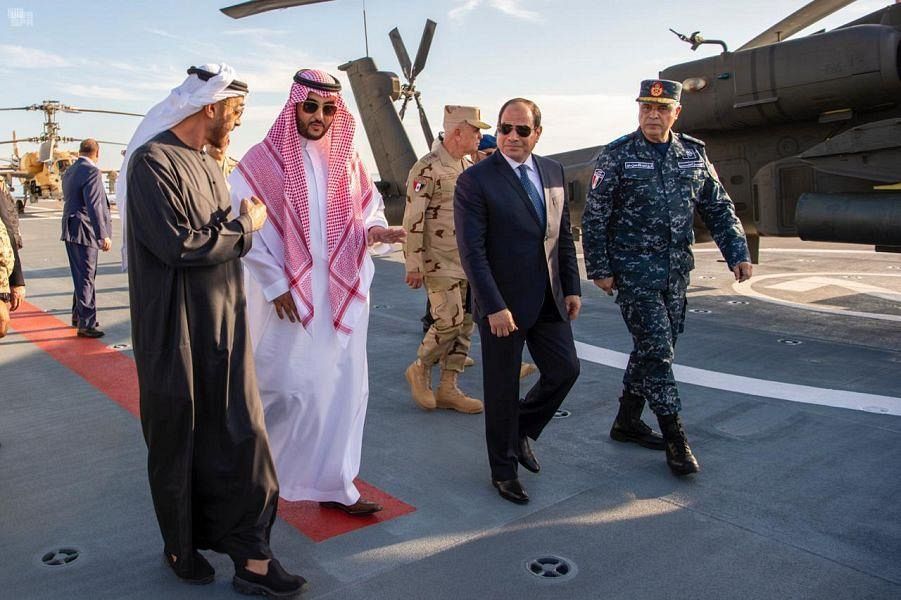 Prince Khalid bin Salman bin Abdulaziz, Deputy Minister of Defense, headed yesterday the Kingdom of Saudi Arabia's delegation participating in the opening ceremony of Berenice Military Base on the Red Sea, under the patronage of President Abdel Fattah Al-Sisi of the Arab Republic of Egypt, in the presence of Sheikh Mohammed bin Zayed Al Nahyan, Crown Prince of Abu Dhabi and Deputy Supreme Commander of UAE Armed Forces; Sheikh Nasser bin Hamad Al Khalifa, Commander of Bahrain's Royal Guard; Prime Minister of the Republic of Bulgaria Boyko Borisov; and a number of ministers and senior commanders of armed forces in a number of Arab and foreign countries.

The Deputy Defense Minister arrived yesterday in the Arab Republic of Egypt, accompanied by Chief of General Staff, General Fayyadh bin Hamed Al-Ruwaili, where they were received at Berenice Military Base Airport by the Commander-in-Chief of Armed Forces and Minister of Defense in Egypt General Mohamed Ahmed Zaki; Military Attache of Saudi Embassy in Cairo Brigadier Khalil bin Ibrahim Al-Mangour; and a number of civil and military officials.

Then, the Deputy Defense Minister headed for the main reception hall designated for heads of delegations, and then to the main ceremony platform to attend the activities of the opening ceremony of the Berenice Military Base; the opening of the air base; the air show; and the Qadir (Able) 2020 Exercise. Afterwards, he headed for the command and control center and watched the helicopter carrier (Mistral Class) and the second part of the naval exercise.

Prince Khalid bin Salman bin Abdulaziz stressed in a statement after attending the opening activities of the Berenice Military Base the importance of the military base, which shows the development of the Arab Republic of Egypt in its military systems, as this base is a major hub for facing threats in the Red Sea and securing global navigation. The Deputy Minister of Defense and his accompanying delegation left yesterday Berenice Military Base for the Kingdom of Saudi Arabia, where they were seen off by a number of civil and military officials. 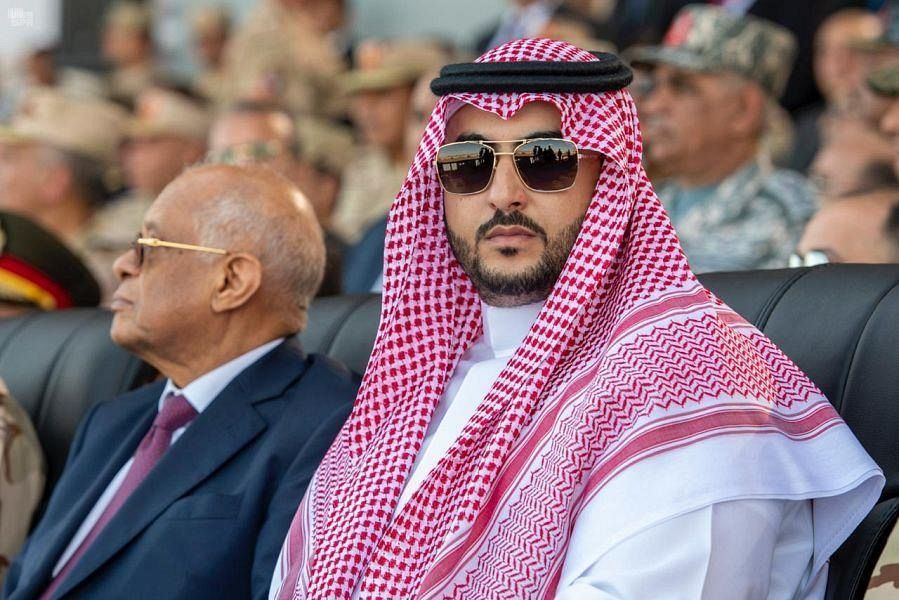 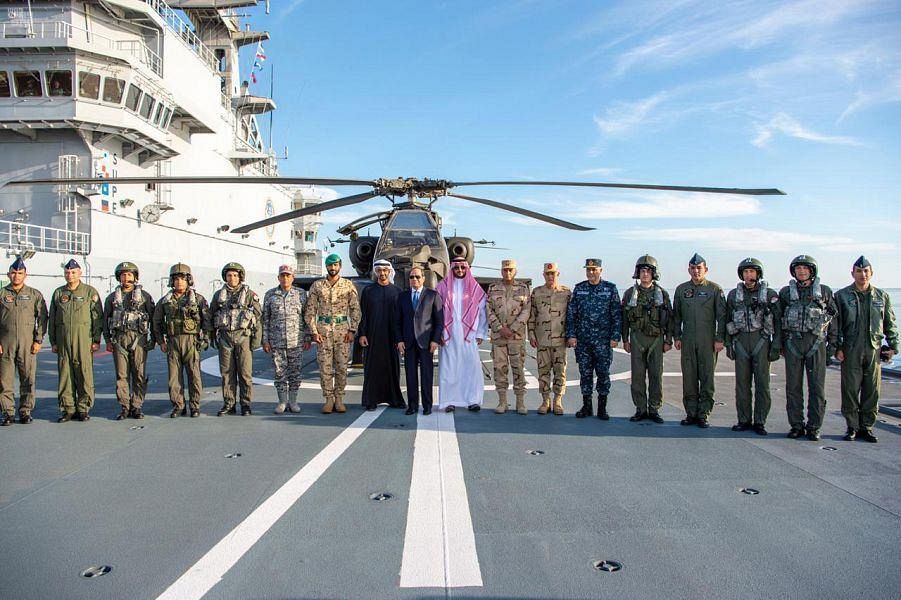 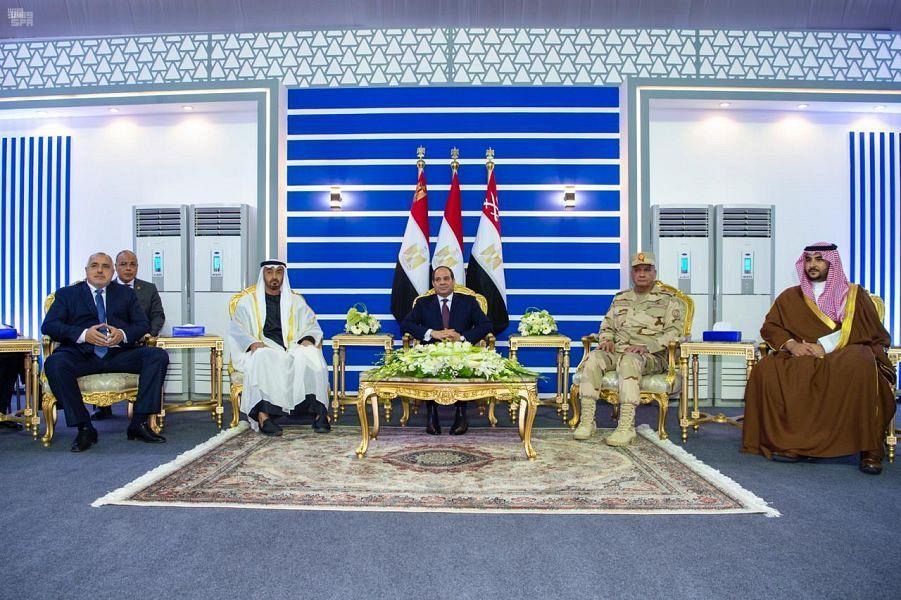 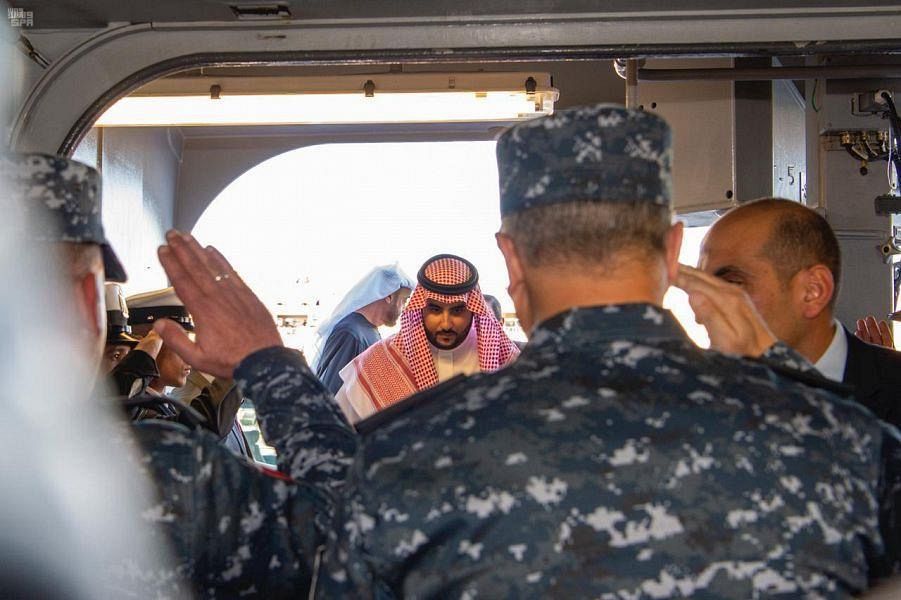 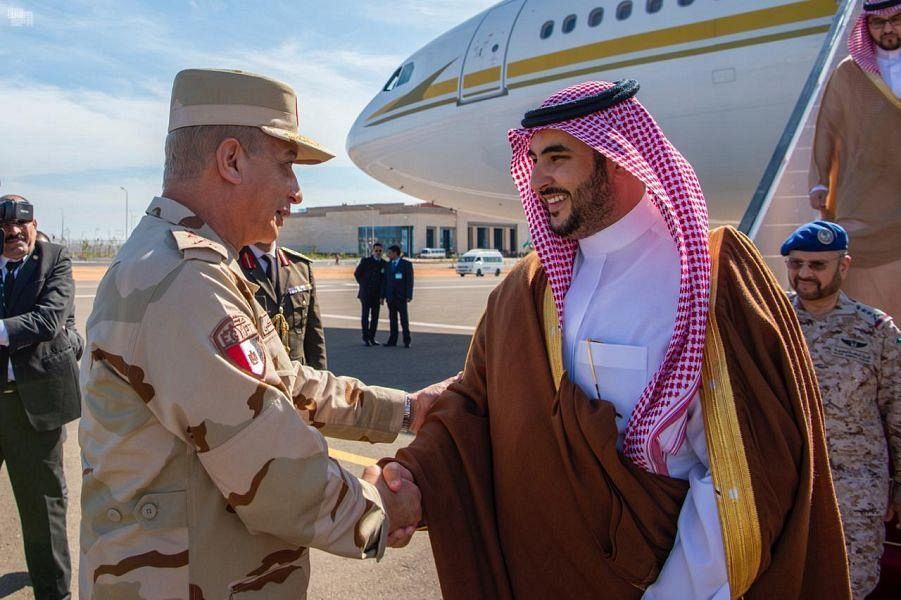 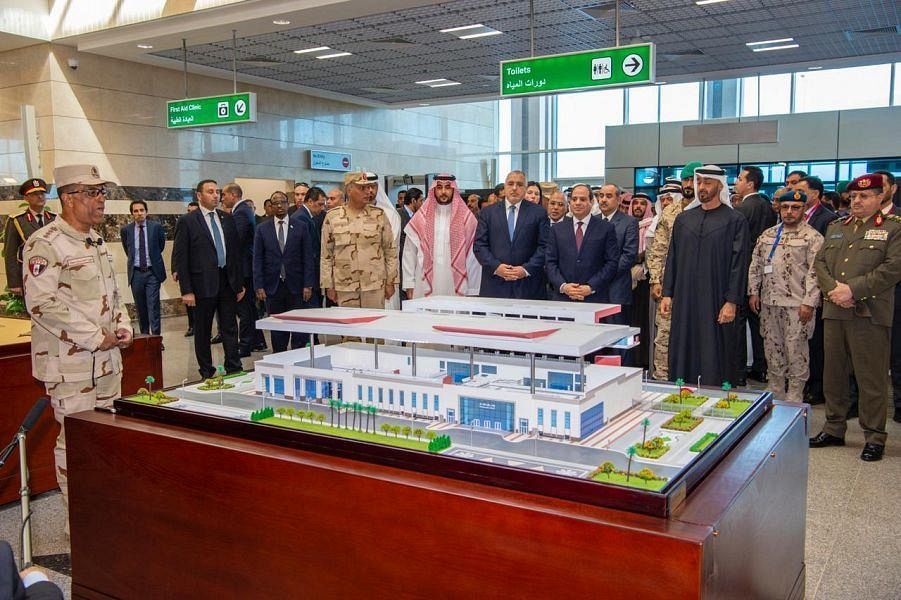