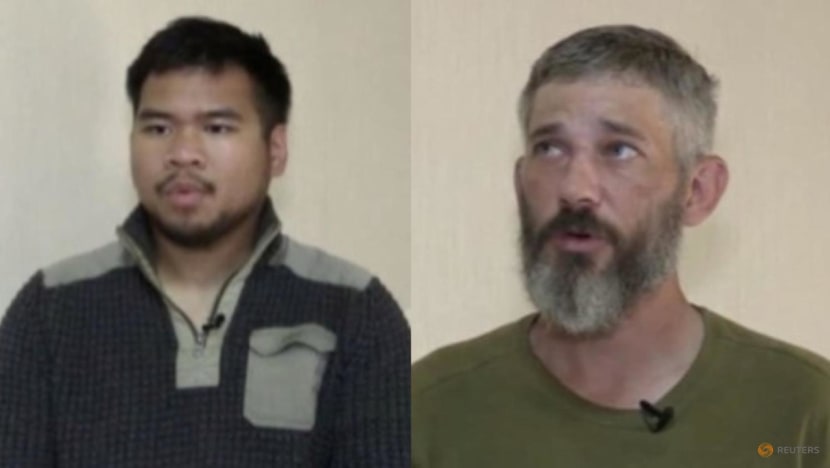 A White House official said on Tuesday (Jun 21) that it is "appalling" that a public official in Russia would suggest the death penalty for Americans captured in Ukraine.

The Kremlin said on Tuesday that the US citizens captured in Ukraine while fighting were subject to court decisions and did not rule out that they could face the death penalty.

"We can't rule anything out, because these are court decisions. We don't comment on them and have no right to interfere," Kremlin spokesperson Dmitry Peskov told reporters.

When interviewed by the US television network NBC News on Monday, Dmitry said the two Americans detained in Ukraine while fighting on the Ukrainian side of the war were mercenaries who endangered the lives of Russian servicemen and should face responsibility for their actions.

He said the Kremlin did not know where the men were now after their families said they had not returned from a mission around the Kharkiv region.

"It's appalling that a public official in Russia would even suggest the death penalty for American citizens ... in Ukraine," said John Kirby, National Security Council coordinator for strategic communications told reporters after the Kremlin spokesman said the two men are not protected by the Geneva Conventions on prisoners of war.

"Either way, it's equally alarming. Whether they actually mean what they're saying here, and that this could be an outcome, that they could levy a death penalty against two Americans that were fighting in Ukraine, or that they just feel that it's a responsible thing for a major power to do, to talk about doing this," he said.

The United States also disagreed "vigorously" with the Russian position that the US citizens captured in Ukraine were not covered by the Geneva Conventions, a senior State Department official said on Tuesday, adding that Washington has conveyed its stance on the issue to the Russian government.

Russian authorities have also not provided the United States with any additional details on the whereabouts of two Americans captured in Ukraine, State Department spokesperson Ned Price said on Tuesday.

Price told reporters the US is pursuing every channel and every opportunity to learn more and support the families of Americans missing in Ukraine.

An unknown number of foreigners, including Americans, have flocked to Ukraine since Russia invaded in February, joining the Ukrainian armed forces.

Ukraine has established an international legion for volunteers with varying degrees of previous military training. With many sent to the frontlines, there's been a steady trickle of reports of individuals killed, captured or missing.

The State Department on Tuesday confirmed that a second American had been killed, identifying the man as 52-year-old Stephen Zabielski, and again issuing the now almost daily plea for US citizens to keep away.

"We once again reiterate US citizens should not travel to Ukraine due to the active armed conflict and the singling out of US citizens in Ukraine by Russian government security officials," a State Department spokesperson said.

"If you want to help the people of Ukraine, there's a whole lot of other better options to do that than to go in and put yourself in harm's way," Kirby said.

The two captured Americans are both former servicemen and were taken prisoner in the east of Ukraine earlier this month.

Alexander Drueke and Andy Huynh, previously living in Alabama, have appeared in videos and pictures aired by Russian state media and social media, but President Joe Biden said last week he does not know exactly where they are being held.

The State Department says Russia is required to treat volunteers humanely as they would other prisoners of war in accordance with the Geneva Conventions, which prohibit execution and torture or other mistreatment of war detainees.

A 22-year-old former Marine, Willy Joseph Cancel, was confirmed as the first American killed fighting for Ukraine in late April.

A third missing American, identified as a former US Marines captain with 20 years experience, was last heard from in late April, CNN quoted his wife as saying.

Two British men and a Moroccan captured in fighting have been sentenced to death by the Russian proxy authorities in the so-called Donetsk People's Republic, a Moscow-controlled swath of eastern Ukraine.