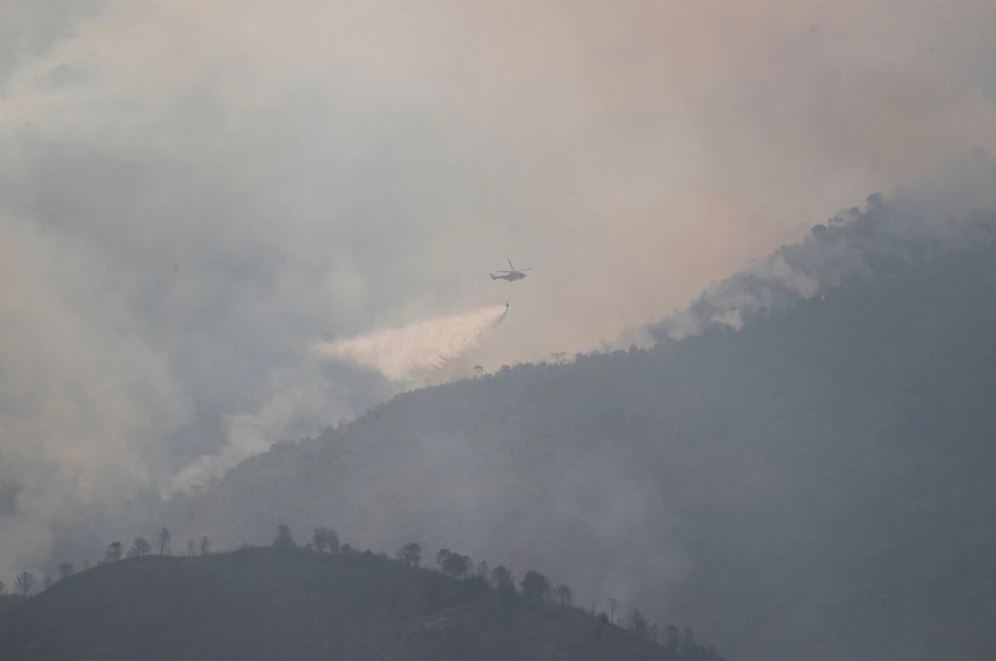 A wildfire raging close to a popular Costa del Sol resort was still active on Saturday, and locals spoke of their anger about the blaze, which is believed to have been started deliberately.
Regional forest fire agency said conditions had improved overnight, and over 400 firefighters supported by 41 helicopters were working to tackle the blaze.
Fanned by strong winds and high late-summer temperatures, the flames have driven over 1,000 people from their homes and killed one emergency worker since they erupted on Wednesday in the mountainous Sierra Bermeja above Estepona, a Mediterranean resort favoured by tourists and retirees.
The regional forest fire agency on Saturday asked residents in two local towns, Jubrique and Genalguacil, to remain indoors because of the danger of low-lying smoke in the area.
Regional environment chief Carmen Crespo said on Friday the blaze appeared to have been started deliberately and investigators were working to uncover more details.