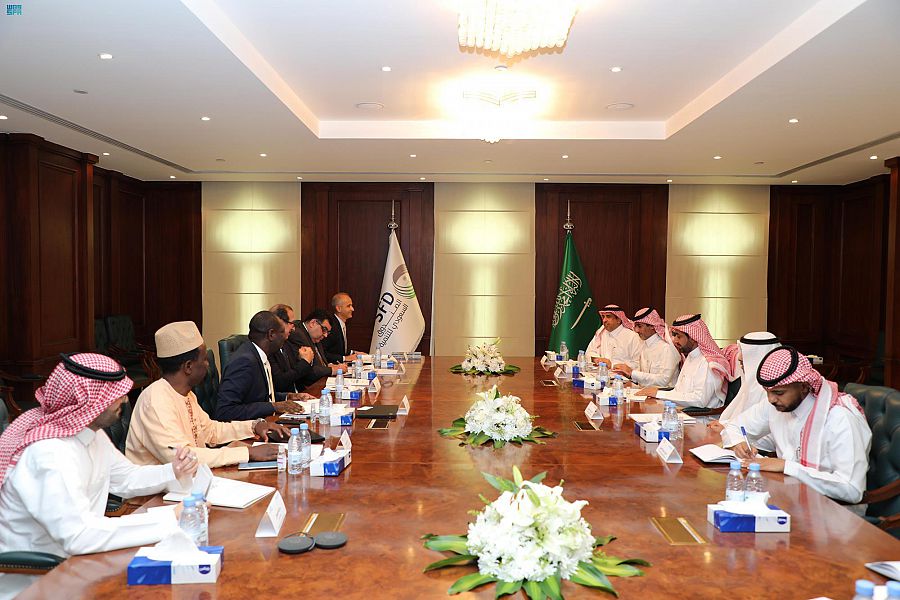 Saudi Fund for Development (SFD) in its headquarters today received a delegation from the United Nations Human Settlement Program (UN-Habitat), headed by Regional Representative for Arab Countries Erfan Ali who was accompanied by Director of the Program in the Kingdom of Saudi Arabia Dr. Ayman Al-Hafnawi and Regional Representative for Africa Omar Sylla, in addition to other officials.
Discussions included issues of mutual interest, including development projects in developing countries, cooperation lines between SFD and the program, where the UN delegates delivered a briefing on its projects in enhancing the sustainable development for human settlements in social and environmental fields and providing roper shelter for developing societies.
During the visit, the UN delegates praised the Kingdom of Saudi Arabia’s efforts in development work that extends for several years and the deep relations between SFD and UN programs that benefited millions of people around the work, noting that this cooperation has contributed to alleviating the difficult circumstances in all countries.