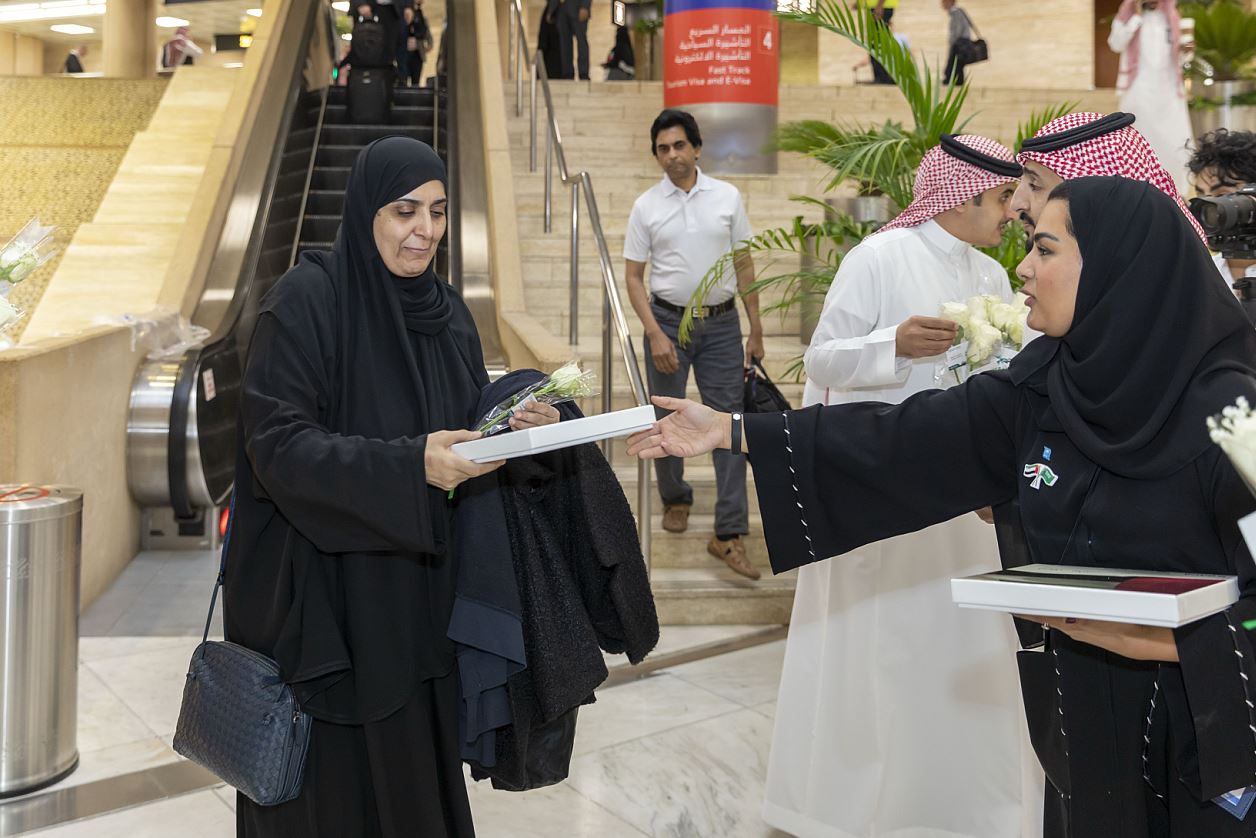 The General Authority of Civil Aviation (GACA), represented by the Kingdom's airports, participated in the celebrations of its sisterly nation, the United Arab Emirates on the occasion of the 48th UAE National Day.

On Monday, December the 2nd, a number of national events were held in various airports terminals around Kingdom, to celebrate the occasion. Passengers arriving and departing to the UAE were welcomed for this special event. The Kingdom's airports presented souvenirs for this occasion and distributed Saudi and Emirati national flags to our Emirati brothers and sisters. The Emirati national anthem was played throughout the terminals throughout the Kingdom’s airports.

From the highest control tower in the world at the new King Abdulaziz International Airport, a welcoming audio clip was recorded to one of the UAE aircraft crossing the skies of Saudi Arabia, through which congratulatory messages were extended to the brotherly people of the UAE on the occasion of their 48th UAE National Day.

King Khalid International Airport in Riyadh, passengers from the UAE were received with flowers, souvenirs and flags were distributed to celebrate with the Emirati brothers inside the airport.  Scarfs with the imprints of both countries national flags with the words “Together Forever” printed on them were presented to travelers arriving from the UAE. The UAE National Anthem was playing throughout the terminals, as well as folkloric songs from the UAE.

Meanwhile, at King Abdulaziz International Airport, arriving and departing passengers were met with flowers and chocolates, at Terminal (1) of the new Founder's airport.  At the other airport’s lounges, national flags of the two brotherly countries and some souvenirs were distributed.

While, at King Fahd International Airport in Dammam passengers arriving from the UAE were welcomed, with special greetings messages for the occasion displayed on the large screens inside the terminal. Flowers, chocolates and scarfs with the imprints of flags of the two nations were distributed to celebrate this happy occasion.

At Prince Mohammed bin Abdulaziz International Airport in Madinah, passengers arriving from the UAE were received with flowers, flags, chocolates, as well as, commemorative gifts for the travelers.

Abha International Airport participated in the joy as well, where passengers from the UAE were presented with gifts, roses, chocolates, and congratulatory messages were displayed on screens inside the terminal to celebrate the UAE National Day in a scene that reflected the bonds and ties of brotherly love between the two countries. 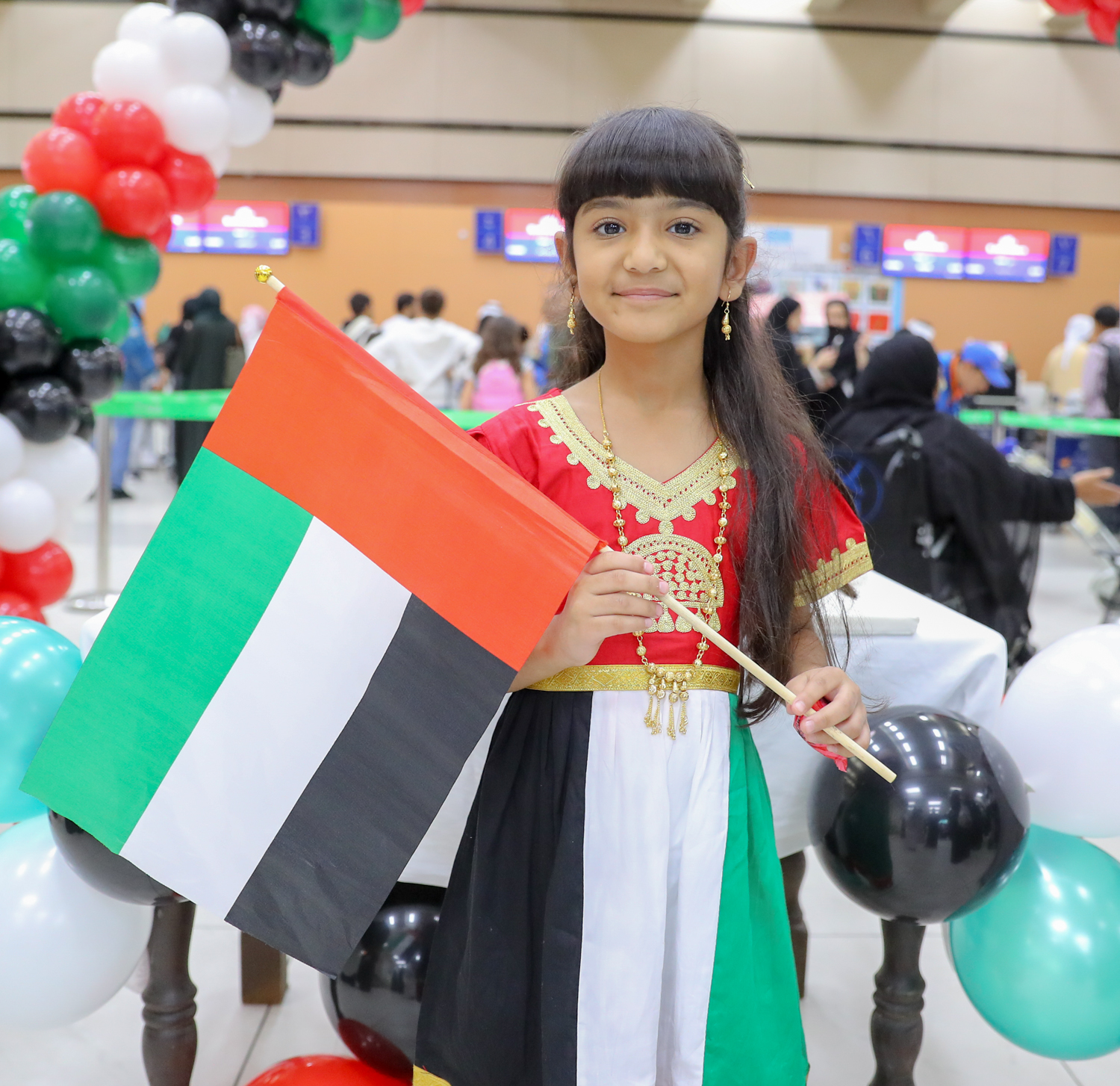 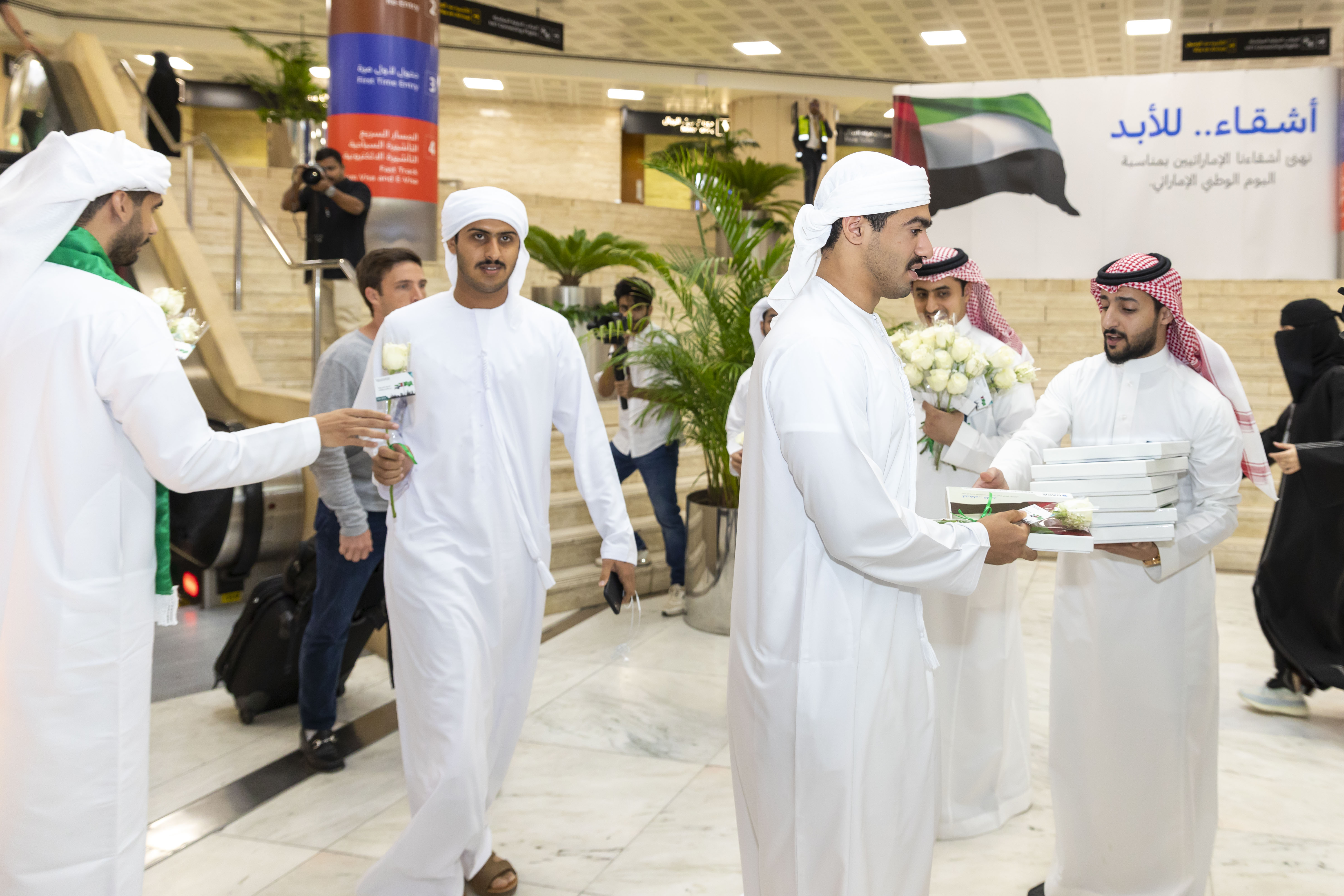 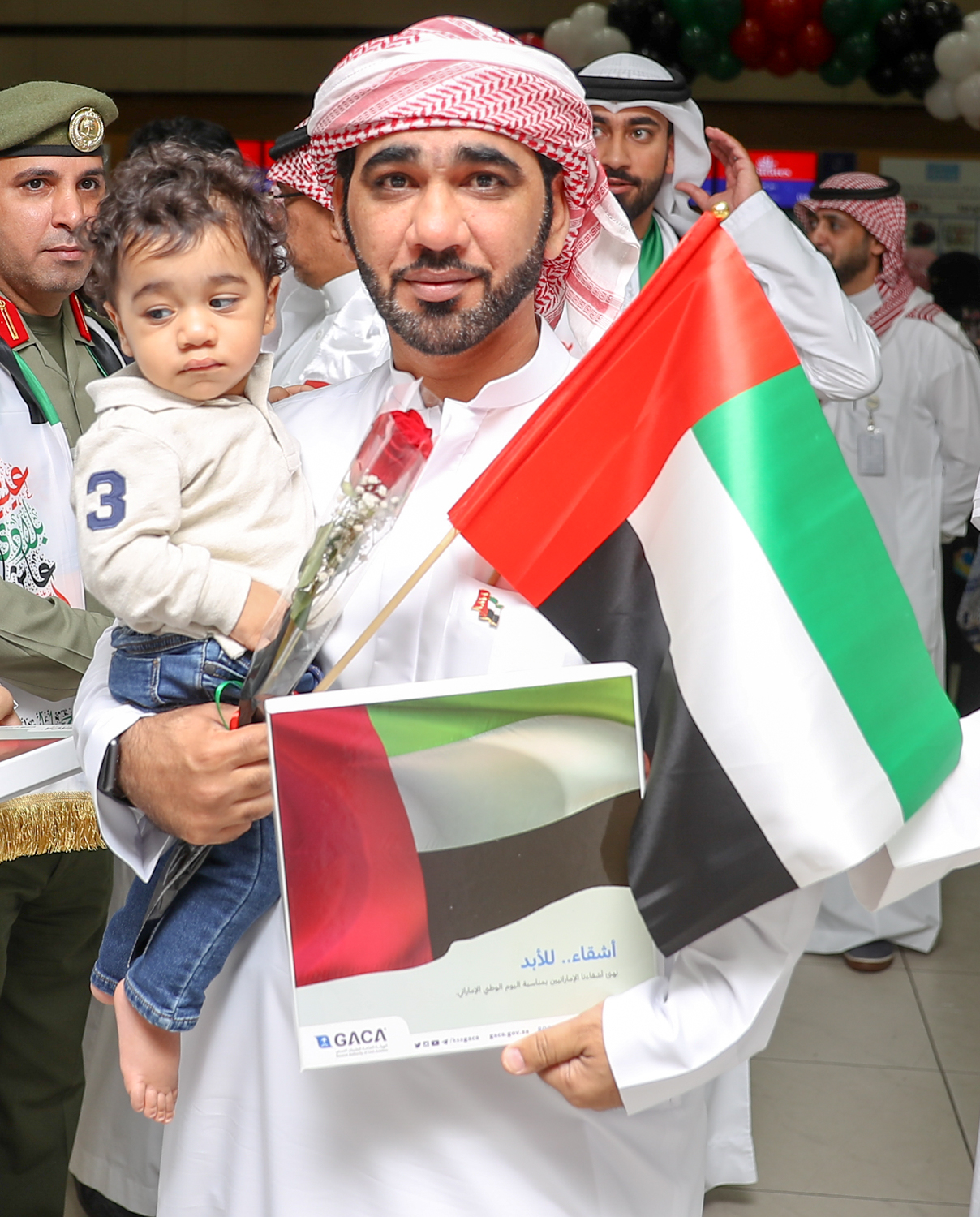