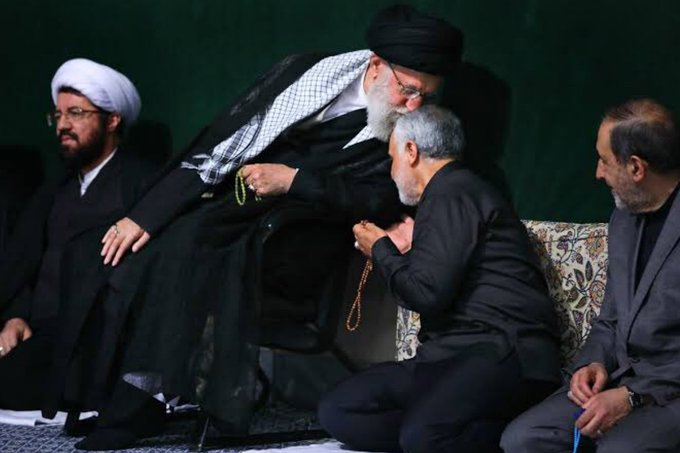 With Soleimani dead, the world is safer but it is not enough

On January 3, 2020, near Baghdad's airport, a U.S. air raid targeted Qasem Soleimani, commander of Quds Force, the Iranian Revolutionary Guard Corps’ (“IRGC’s”) terrorist arm. He was killed instantly. To understand how important this is, one needs to understand who Qasem Soleimani (1957-2020) was.

Soleimani, a one-time construction worker and weightlifter joined the IRGC after 1979 revolution and soon headed one of the IRGC’s main cadres. Khomeini assigned Soleimani to suppress a Kurdish movement in Mahabad, Western Azerbaijan. Soleimani's brutality earned him command over a Quds Guard Corps unit in Kerman.

The Iran-Iraq War (1980-1988) gave Soleimani opportunities for further advancement. He soon commanded the 41st Mechanized (Tharallah) Division. After the cease-fire with Iraq, Soleimani masterminded offshore money-laundering activities to help Iran export terrorism to neighboring countries. In this role, Soleimani produced narcotics in Afghanistan and distributed them across the Middle East and into Africa, Europe, and the United States.

In 1997, Khamenei made Soleimani commander of the Quds Force. Until his death, Soleimani was responsible for the Quds Force’s terrorist activities, recruitment, and exportation of fundamentalism again, as with the opiates, throughout the Middle East, and into Asia, Africa, America, and Europe. Additionally, Soleimani was Khamenei's advisor for these regions, making him a very influential figure at Iran’s Supreme Council of the Security Council.

In Lebanon, Syria, and the Palestinian territories, Soleimani was personally involved in promoting the ruling regimes’ political influence and terrorist activities. Soleimani also actively pursued attacks on American diplomats and troops in Iraq and throughout the region. He twice received medals from Khamenei.

Soleimani was responsible for the 1996 Khobar Tower bombing in Saudi Arabia (19 American troops killed) and the 1983 American Marine base bombing in Beirut (241 Marines, 58 French military personnel, and 6 civilians killed). He designed many of the IED bombs and rockets that Iran gave its proxies in Iraq. In 2008, when the Mojahedin-e-Khalq, an Iranian main opposition group dedicated to overthrowing the Mullahs, occupied Camp Ashraf in Iraq under U.N. protection, Soleimani masterminded an attack that killed 52.

In Syria, Soleimani’s activities on behalf of Bashar al Assad, Iran’s puppet, helped lead to the country’s 225,000 dead and 6,000,000 refugees. After the U.S. troops withdrew from Iraq, Soleimani was responsible for massive civilian casualties. Always, he was advancing Iran’s control over the regions. Soleimani was one of the cruelest and most brutal executioners in the Middle East.

Senator Tom Cotton (R. Ark.), who served in Iraq, echoed this assessment in his official statement about Soleimani’s death:

Qassem Soleimani masterminded Iran’s reign of terror for decades, including the deaths of hundreds of Americans. Tonight, he got what he richly deserved, and all those American soldiers who died by his hand also got what they deserved: justice. America is safer now after Soleimani’s demise. 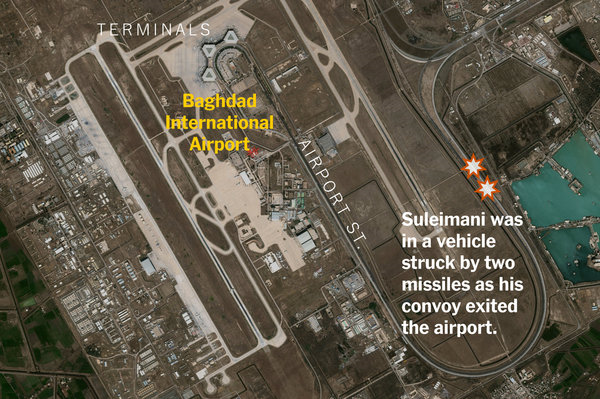 Sen. Jim Risch (R. Idaho), from his position as Senate Foreign Relations Committee Chairman, also viewed Soleimani as one of the greatest threats to American troops and to world stability:

I'm also not only on the Foreign Relations Committee. I'm No. 2 on the intelligence committee. And this man's career is notorious amongst people who follow these things. He was arguably worse than Osama bin Laden, particularly as far as the number of people that he is responsible for having killed. He is the man that's responsible for the IED program that killed and maimed so many of our servicemen and women that served in Iraq. He has just been real cancer on the Earth for many, many years.

Soleimani did not get away with these war crimes just because he was cruel, imaginative, and powerful.  The freehand he had reflects the long-held American policy of appeasing rather than confronting Iran.

Knowing who Soleimani was and what he did is a gauge for understanding the enemies of peace, democracy, and stability in the Middle East. For years, whether he was operating from inside Iran or traveling to other countries (as he did to Iraq when he was killed), Soleimani’s crimes repressed the Iranian people and exported terrorism and fundamentalism around the world. His goal, always, was to stabilize the Supreme leader system and bypass international community sanctions.

Soleimani’s death at the hands of the American military is an irreparable blow to the Mullahs’ regime. With his death, it is reasonable both to believe and hope that regime change will happen soon in Iran.