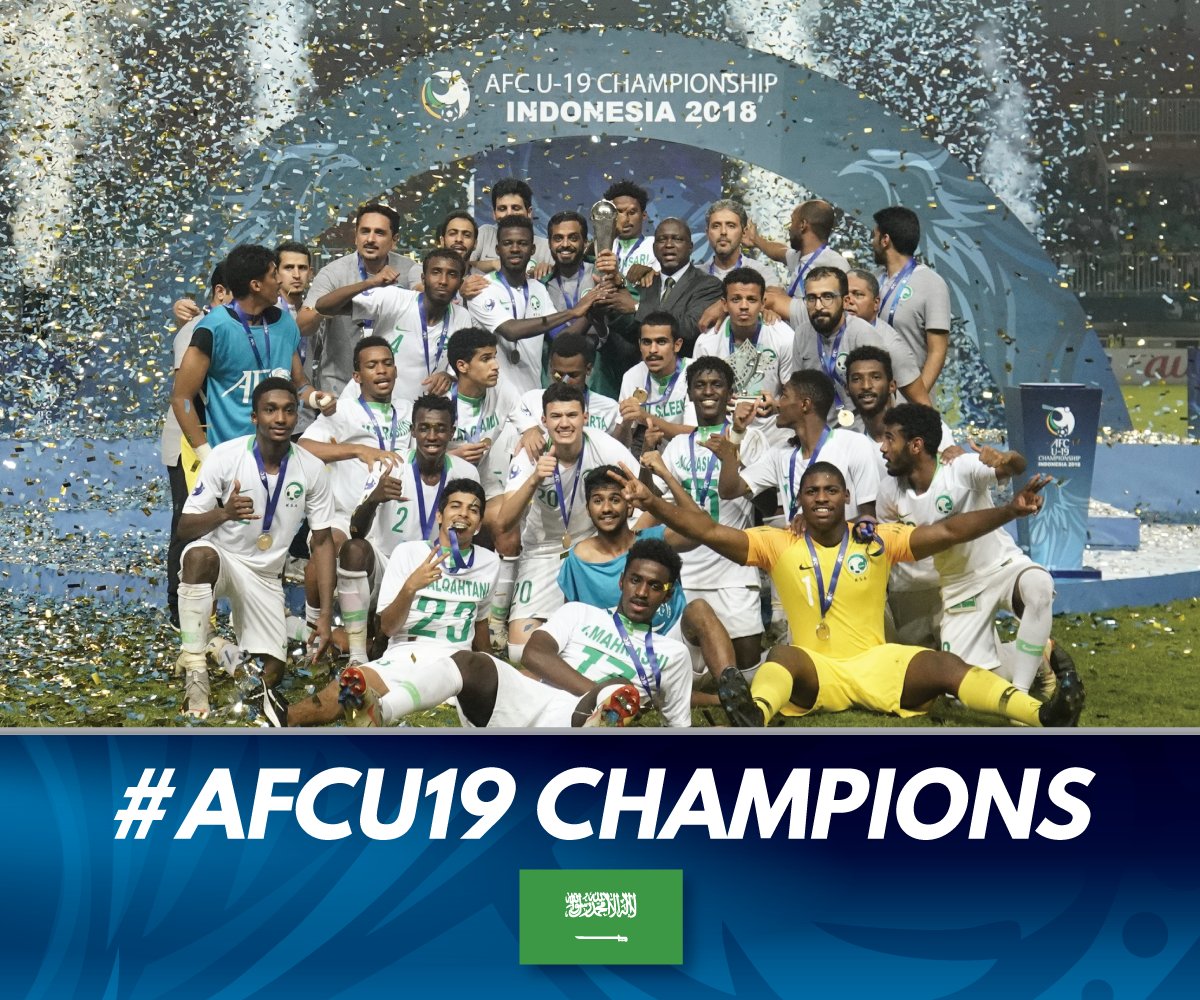 The Saudi national football team restored today its long-forgotten Asian
football glory, winning the AFC U-19 Championship for the third time in
history after beating South Korea 2-1 in the final match at Pakansari
Stadium in Bogor, Indonesia.

Turki Al-Ammar scored for Saudi Arabia in the 2nd minute and Khalid
Al-Ghannam in the 22nd to finish the first half clean-netted, putting
its powerful rival under immense pressure. But, Yong Wook of South Korea
lessened the difference from the penalty kick in the 63rd minute. All
Korean trials to reach the equalizer were not before the referee final
whistle.

It is worth mentioning that the Saudi football national team U-19
qualified for the Youth World Cup U-19 scheduled for Poland next year.