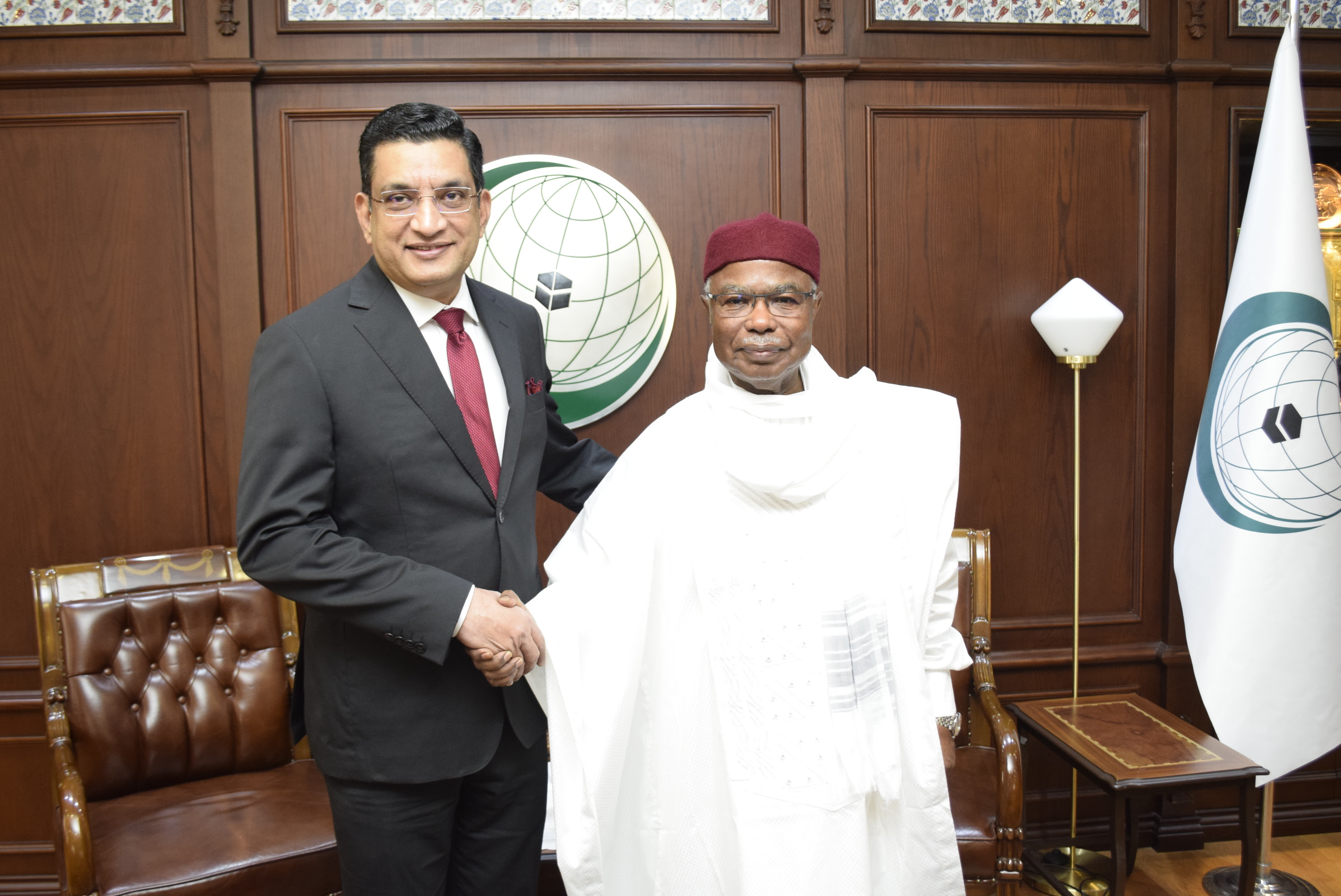 The Secretary-General of the Organisation of Islamic Cooperation (OIC), H.E. Hissein Brahim Taha, received today at the OIC General Secretariat in Jeddah H.E.  Mr. Ali Sabry, Minister of Foreign Affairs of the Democratic Socialist Republic of Sri Lanka along with his delegation.

During the meeting, both sides discussed prospects for enhancing the cooperation between the OIC and Sri Lanka.  H.E. Mr. Ali Sabry reassured the Secretary-General about the conditions of the Muslim Community in Sri Lanka and the steps taken by his country for economic recovery.

The Secretary-General underlined the importance that OIC attaches to the well-being of Muslim Communities and Minorities all over the world, including in Sri Lanka. He expressed hope and willingness to work closely in future on issues of mutual interest.